I just got back from Meyers & Keswick (it’s in my neighborhood, okay?). A cat named Molly (or Millie, according to the Times) has been trapped there for almost two weeks. It’s freaking me out, although it looks like they’ve got a lot of people and a lot of expertise there. The place is a mini-mob scene. But the workers going in and out of the basement seemed like a nice bunch of guys who are doing their best, so I feel a little hopeful.

Poor Molly/Millie is probably cowering somewhere, due to the noise. But she wasn’t figuring out how to get herself out, so I think they are doing the right thing. 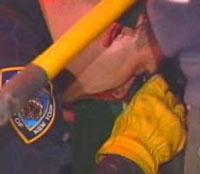 I offered my services. I’ve gotten cats who are hiding and frightened to come out by imitiating a kitten in distress, but they said they tried that. Please save Molly/Millie, nice rescue people! I know you can do it!

(The photograph is courtesy of Gothamist. Not sure where they got it.)

I stopped by again on my way back from the doctors. The Millie Rescue Effort: 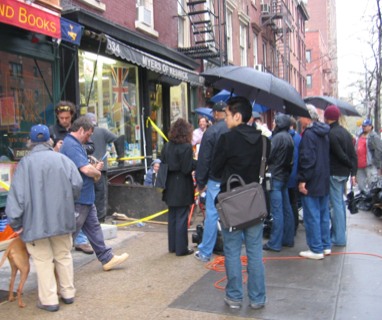 Thanks for Trying, Piers Morgan