I watched this really bad, kinda ugly, reality TV show. I can’t remember the name, but it had the words “America” and “talent” in it. I’ll never watch it again, but there was a ventriloquist act that kinda blew my mind. You know how in dubbed, Japanese B movies the dubbing never matches the lips? The guy, Kevin Johnson, does a thing based on that called Godzilla Theatre.

I found a clip of him doing it, although it’s not as breathtaking on this little internet clip as it was on the TV the other night. But you can get an idea. It was really quite stunning, though. Plus, Kevin Johnson is quite endearing in the act.

This is Kevin, Clyde and Matilda. 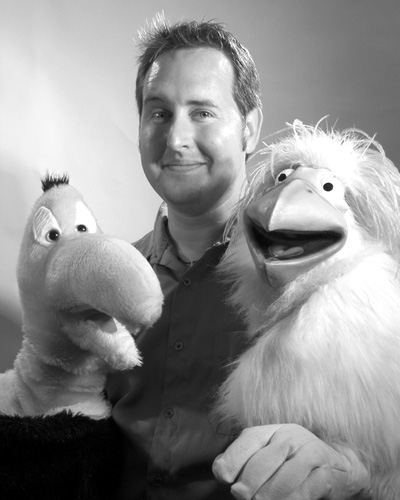 When I Ran Echo Out of my Apartment