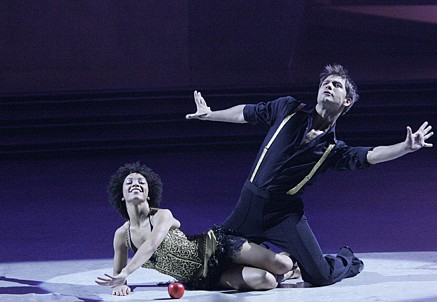 I never thought the day would come, but I pretty much had to make myself watch Big Brother last night, and it brought me no pleasure. This season is just so relentlessly unpleasant. It’s been reduced to low blow after low blow, with no redeeming gestures to make up for it. The people who are attempting to actually play the game are reviled in the chat rooms that accompany the live feeds, where I am attacked because I won’t join in and vilify anyone who isn’t Dick (there are a few exceptions, hello nice people in room 1/15). I’m starting to understand how someone like Bush could get elected. Twice. Oh god. It is like a microcosm of the real world in there, I just realized. Anyone who has a different point of view is not merely disagreed with, but hated and attacked. No wonder I’ve had enough!

This week is So You Think You Can Dance heaven because it will be on three times. Danny should win, but I can’t help liking Pasha more. Lacey is probably my second choice. Sabra is an audience favorite. (The picture is of Pasha and Sabra.) But seriously, Danny should win. I’ll see how I feel after they perform this week. Every one of them is so great though. I wish it could be a four-way tie.

Fireworks from the Empire State Building, 2020

Going Back to Tiffany’s