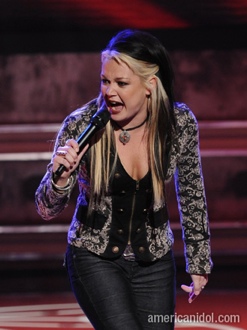 First. I took a class to learn GarageBand in order to write a song for the American Idol song contest, but I promptly forgot everything they taught us and I can’t figure out my notes.

Second. I spent the entire day yesterday composing a pop song and at around 8PM realized it was hopelessly bad. A whole freaking day.

Third. So I stayed up and started a ballad, using the same lyrics, and this morning I recorded me singing it a cappella because I can’t figure out how to use GarageBand to do anything else.

Fourth. I don’t hate the song, but I’m not a great singer to begin with and now my voice is shot and I can’t fix it or change anything. I tried adding harmony, which would really help, but I’m just not good enough at manipulating tracks to really make it work.

Anyway, that’s where I am. I want to submit this tomorrow, so I will try again in the morning to make it better, and then whatever I’m left with, I’m entering. Even if it sucks, I’m entering it.

Good lord in Heaven, what was I thinking?? I’m going to need a vacation from this, but next week I start jury duty.

The Morning After Mozart

It’s Never a Good Day When Cats are Sick

Feed a Turkey Instead of Feeding on a Turkey