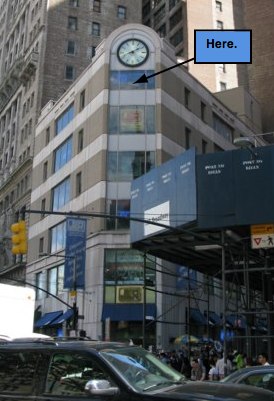 When I was a volunteer downtown during the recovery effort at the WTC, I was told that after the 1993 bombing, the terrorists stood in this window and watched the aftermath.  This place is diagonally across the street from St. Paul’s, which sits on the northeast corner of the site.

I don’t know how true it is, but that was what I was told.

I’m meeting one of my detectives friends for breakfast in a few minutes.  We have breakfast together regularly.  I’ve remained friends with most of the people I got to know during that book (The Restless Sleep).  This guy is even friends with one of my brothers now!  It’s nice.  They were a good group of guys.

Of course the 9/11 anniversary is coming up.  A bunch of the 9/11 volunteers and recovery workers will be meeting for lunch that day.  I must seem so 9/11 obsessed, but I swear I’m not.  Only the positive parts really, which are the friends I’ve made.

So, today feels like Monday, doesn’t it?  It also still feels like a holiday.  But I should get some work done.  Hmmm.  Actually, I should get ready for my friend who is about to pick me up.

It’s 8:41am and already I’ve listened to that duet from Dr. Horrible’s Sing Along Blog about a dozen times. It’s the one where Dr. Horrible and Penny sing about good and evil. I forgot it existed, and I was just reminded of it.  It’s such a lovely, perfect little song. Oh wait!! I can embed it! Let me try … nope, too big. It’s called On the Rise or I Cannot Believe My Eyes (there doesn’t seem to be agreement about the title).

Speaking of lovely and perfect, I took this picture the other day. I was aiming for the little one, who was so deftly playing with whatever toy he was holding, but look at his brother’s face! Lovely and perfect, except he looks a little sad.  Which I guess goes back to that duet.  It’s both, “Hopes and dreams are shattering apart, And crashing to the ground,” and “I believe there’s good in everybody’s heart. Keep it safe and sound.” 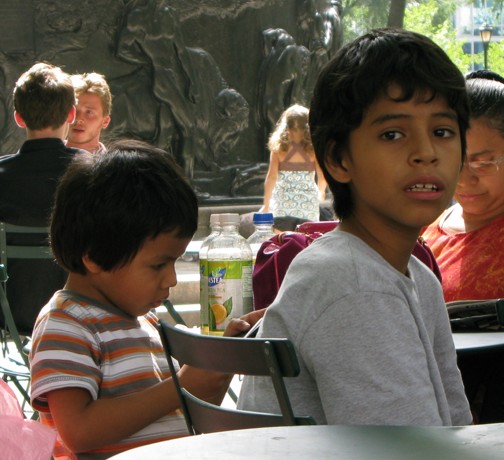