It’s not too late to get tickets for How to Be a Rock Critic at the Public Theater.

“Gonzo journalist, America’s greatest rock critic and inventor of the word “punk,” legendary music writer Lester Bangs was an American icon. Outsized, manic, chaotic, and impossibly creative, Bangs traveled with some of the most mythologized musical figures of the 20th century: The Clash, Bob Marley, Lou Reed­—peeling away the veneer between star and audience and exposing the greats as flawed human beings. As the ragged, rebel ethos of the 70s gave way to the corporate pop of the 80s, Bangs lost the myth he’d built a life around and died of a drug overdose in 1982.

“This solo play by Jessica Blank and Erik Jensen (award-winning writers of The Exonerated and Aftermath) adapts Bangs’ writing to chart the life, work and death of one of the 20th century’s most ground-breaking, risk-taking, pioneering voices.”

Oh God, I just read that he was only 33 when he died. Poor slob. Poor genius slob, I should say. I was riveted the entire time. You really should go if you can.

Everywhere I went yesterday the shelves were bare. It was insane, but no one got their regular deliveries so the supermarket shelves were almost completely empty. The storm-shoppers cleaned every place out. I even had trouble buying catfood. Here is something arriving at a meat market (doesn’t help me, I’m a vegetarian). 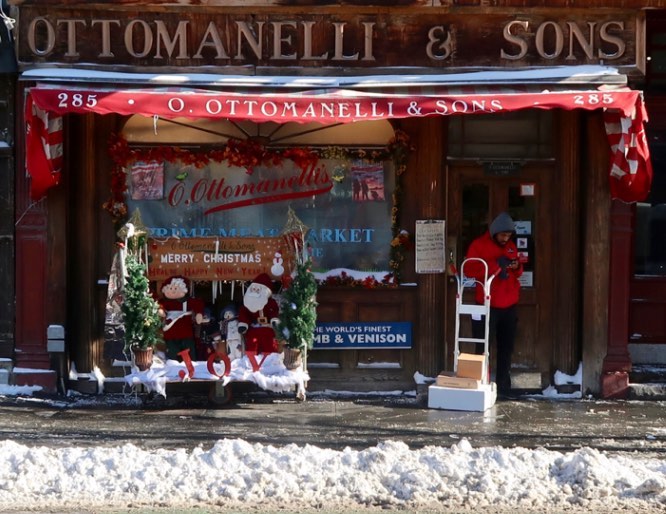 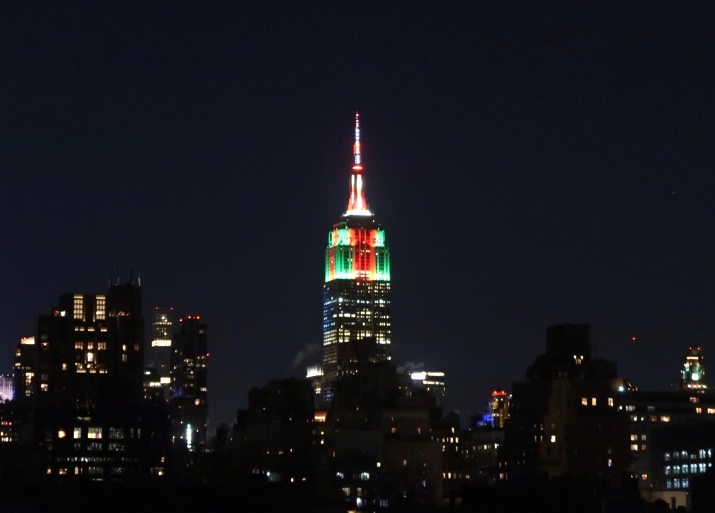 There is ice on the INSIDE of my windows right now. It feels a lot colder than the 8 degrees they’re reporting, but according to the weather site I’m looking at the real feel is 4. It feels like -4 at least. Where the cats hang out it’s started to melt, but … 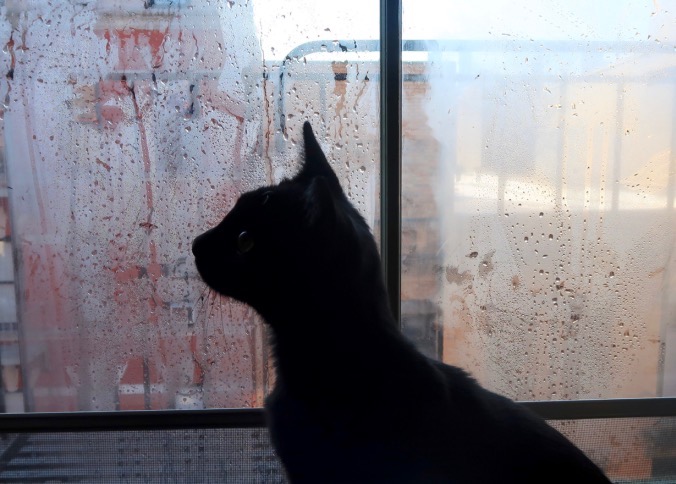 The panes above them are still iced. That’s on the inside of my windows!! The inside! All the windows in my apartment are falling apart and needed to be replaced years and years ago. It’s like the 19th century in here (in my 19th century built building). 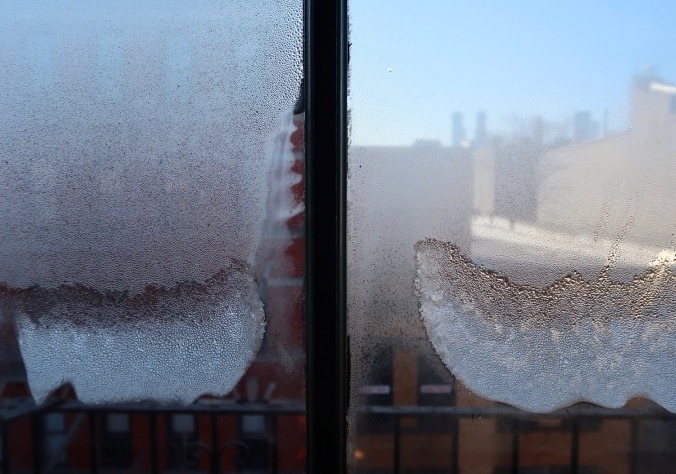