Last night I learned that I am currently in 3rd place in the lap swim contest, and 2nd place is actually a possibility. Even if I don’t make it though, I’m thrilled with 3rd. I checked and I’ve only been able to make it to half the swimming nights. Under those circumstances 3rd place is tremendous. Honestly, there’s not a lot of people competing at my pool, but I know that the number of miles I am swimming would put me in contention at most of the pools in the city, so I’m proud. 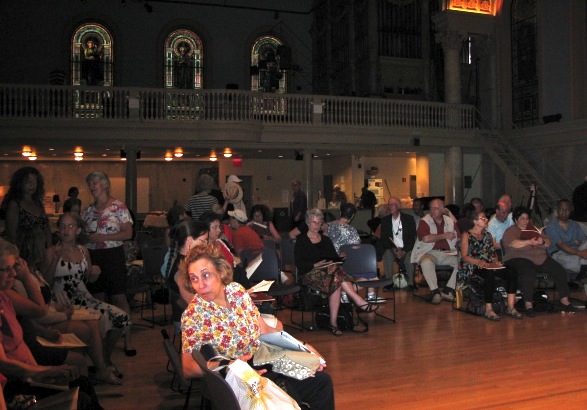 Backstory: This is the third time I’ve entered the summer lap swim contest sponsored by NYC Parks & Recreation. I have to swim at least 25 miles by August 28th. People who swim the 25 miles get a tshirt! There’s also a 1st, 2nd and 3rd place prize for the man and the woman who swim the most miles in their division at their pool by August 8th. Those people also get a trophy.

The first year I entered I came in 3rd place, last year I came in 2nd, and although 1st place in not a possibility for me (the best female swimmer in the city swims at my pool) I hoped to win 2nd place with even more miles this year.

Well, that’s not going to happen. I’m in the night division and not only have I had to miss a lot of nights, the City keeps canceling the night lap swim in order to keep the pool open for everyone due to the heatwave, which is fine. I understand. (But once the heatwave is over, what are the chances they will take away some of the weekend hours and give it to us so we can make up the time? Nil.)

At this point I’m not sure I’m even going to come in 3rd place, alas. Sob. But I will earn that tshirt, by God. I’m just a little under 19 miles right now with a whole month to go.

One of the outdoor writing spots I’ve chosen for myself. This is along the Hudson River. I’m currently reading Island at the Center of the World, so now when I look out at the Hudson River I try to imagine what this all looked like in 1609 (I’d be underwater for one, that park is on landfill). 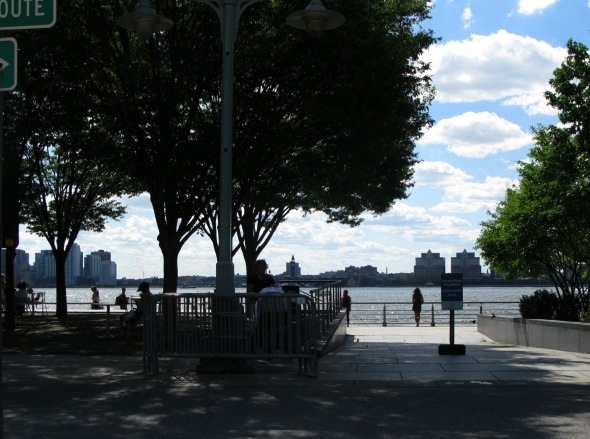 Thank you, John Oliver. He just did a great piece on this. (Along these lines, I still want to read Matt Taibbi’s book The Divide.) Thankfully, and miraculously, this is not becoming a democrat vs republican issue. Here is a republican-written op-ed in the Times also calling for reform.

“But if we really want to address this problem permanently, we needs states and the federal government not just to repeal mandatory minimum sentences going forward, but to also pass laws so that existing prisoners can apply for retroactively reduced sentences. 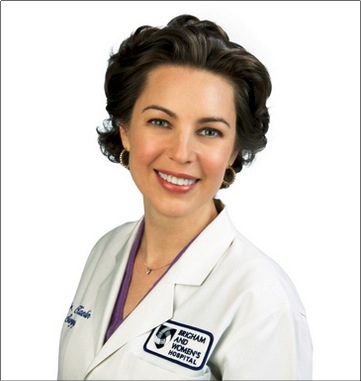 I just learned that my cousin Bill’s wife died early this morning. There are just no words for such a loss. She was actually Dr. Carolyn M. Kaelin, MD, the former Director of the Comprehensive Breast Health Center at Brigham and Women’s Hospital, and graduate of the Harvard School of Public Health and Johns Hopkins University School of Medicine.

I don’t mean to post a resume, it’s just that I don’t even really know where to begin! Mother of God mortality sucks. In addition to my cousin Bill, she is survived by her children Kathryn Grace and Trip, who I believe are 23 and 20 years old. So young to lose their mom.

The Boston Globe wrote a truly lovely tribute to Carolyn. I just learned that Bill and Carolyn rented an apartment in Charlestown “partly for the soothing water view, and also to keep their home emotionally intact for their two children.” I’d heard about the part with the view, but not the other part which is so compassionate and insightful of them.

I actually talked about Bill and Carolyn to my friends a lot this past month. It was about the grace with which they were dealing with this phase of life. I don’t want to go into specifics out of respect for her family’s privacy, but I was so moved I had to talk to people about it. She was always like this (and so is Bill) so I wasn’t surprised, but I still couldn’t help being astounded. I’m so sorry Bill and Kathryn and Trip and everyone else who knew and loved her.

The New York Times published an even more extensive obituary. I’m moved by all the help she got. Thank you everyone who did your best.

Long story short: since then I’ve been knocking on both doors periodically during the day and night and no one has been home. I put a sign on the door early Sunday morning, and I also put a piece of paper in the doorframe which would fall if anyone opened the door. I called the super and he said someone was feeding the cat every day which could be true, except it’s now over 24 hours and that piece of paper is still in the door. When I called the super back this morning to say no one came yesterday to feed the cat he said someone had. Since I now know that is not true I can’t be sure that anyone has been there to feed the cat at all since Thursday (or before that, Thursday is only the day I first noticed it).

You’re told to call 311 in cases of animal abuse or neglect. I opened a report online and they closed the report saying the police had no access. Hello? Isn’t that the issue, an animal is possibly abandoned in a locked apartment? If access wasn’t a problem I’d already be in there. I called 311 this time and opened another report and they closed that one within minutes. I also stopped by the local precinct and they said they couldn’t do anything and gave me a number to call this morning. I got a machine (also, it’s the number for the Domestic Violence unit and I feel weird calling them about animal neglect). I’ve been calling the landlord and they’re still not in yet. I noticed that the NYPD’s animal investigation unit uses twitter so I tweeted them yesterday, and they answered this morning. They took the two 311 call reference numbers and the address, but I haven’t heard back yet. I imagine I am one of many calls and tweets though, so I’m still hopeful.

I’m going to continue to try to reach the landlord and others but if I don’t get a response by noon, I will consider more drastic measures. I read that a cat can only go without water for a few days and it’s been a few days.

Noon: Haven’t heard back from the landlord or from the animal investigation unit. The cat is still crying continually.

12:16: I reached the landlord of the building and he promises someone will be here within an hour to open the door.

1:58: Someone from the landlord’s office arrived and he was about to go in through the window when the tenant called. She must be out of town, and she said a friend would come, but who knows when?? I told the landlord’s guy that I would call him if no one showed up by 5. The cat is still crying.

3:15: The tenant just called me! She thought someone was coming regularly to take care of the cat while she was out of town, and I said I don’t think they’ve been coming as much as they say, but we weren’t having a battle about it. This person is a real cat person too, and as a matter of fact this is a foster cat!! So she was very nice on the phone, and grateful to know, and I said I’d be happy to take care of the cat in the future. She said her friend promised to get there by 5:30. Help is on the way little guy!

4:50: Sgt. Michael Murphy, the CO of the NYPD’s Animal Cruelty Investigation Squad, just called in response to my report!! He was so great. He explained that his unit investigates big cases, like dog fighting, and my local precinct is actually responsible to investigate possible animal neglect. He called my precinct to let them know, but of course it still would have played as it has. Because they’re not going to break the door down unless the animal is in imminent danger and all other avenues into the apartment have been explored. So we still would have waited for the landlord to try to get in, etc.

But, the NYPD is ready to respond if that friend doesn’t show up. My poor neighbor, who seems like she is actually a lovely person. All this drama. And maybe the friend has been showing up, just not every day. She said food and water was left out, but I asked the landlord’s guy if he saw that when he looked in the window and he said no. But maybe it was in another room.

5:35: I just checked and my sign is gone and the paper is gone so someone was in there. I called my neighbor to make sure and she said yes, and that her friend had called and the cat was okay. I can now rest and go to the summer sing I planned to attend!

Later Update: I met the friend who is taking care of the cat and she is clearly a great and caring person who loves the cat. She also introduced me to the cat, who is a love bug. So the cat is totally fine and in good hands. 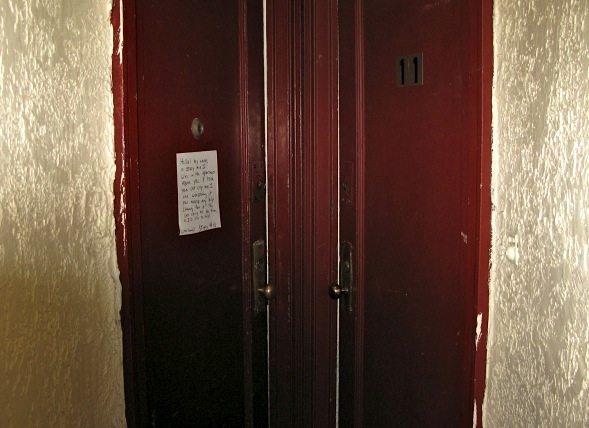