Every once in a while I fall in love with a patient at the ASPCA’s hospital where I work. This time it was a tiny kitten named Iggy. He came right to me whenever I visited him and climbed up to my face to look me in the eyes. Then he’d go to sleep in my hands. Yeah, you got me little one. His medical situation was dire however, and so I told everyone who would listen that I would foster him and do whatever it took.

But when radiographs were taken, his doctor explained to me that there was nothing to be done. They thought it was possibly megaesophagus, which I could have worked with him to treat, but there was a constriction of the esophagus just before the stomach, and food was never reaching his stomach. In the radiograph you could see it all piled up before the constriction, maybe an inch away from his stomach. I almost started sobbing right then and there, because as I’d carried Iggy out of the xray room we passed a plate of food and he cried out for it, twisting his body around trying desperately to reach it. Poor little Iggy was starving to death.

The only things to try to help him couldn’t be done at the ASPCA, and I don’t have the money to pay to have them done elsewhere. The decision was made to euthanize him. The necropsy revealed a persistent right aortic arch which was causing the constriction. I wouldn’t have been able to pay for the cardiac surgery to repair that either. It’s breaking my heart. I wanted to save him, but I couldn’t afford to save him. I’m mostly okay with my modest income, but not right now. It was just a matter of money, and he had to die.

The people I work with are so kind. Yessenia, one of my co-workers, called to tell me when they were going to put him down, because I wanted to be there. But I couldn’t get there in time. I wasn’t the only one who loved him so I knew he would not be alone (and he wasn’t). One of the doctors, Dr. Florence Lee, made me paw prints. And now I’m sobbing.

I’m so sorry I couldn’t save you Iggy. I’ll never forget you. 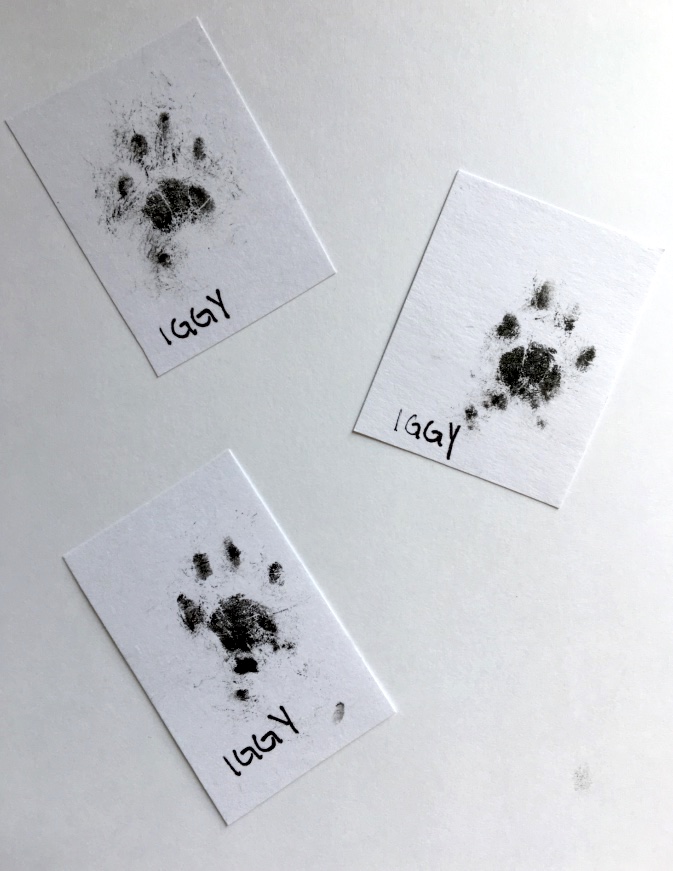 When Bodhi was fixated on something in the kitchen window I thought it would turn out to be a pigeon. It was a dragonfly. There were actually around ten of them. I used to see them a lot downtown, when I worked for the Census in the financial district of Manhattan. The most beautiful of insects. And, I just read that they eat mosquitos, so YAY dragonflies! 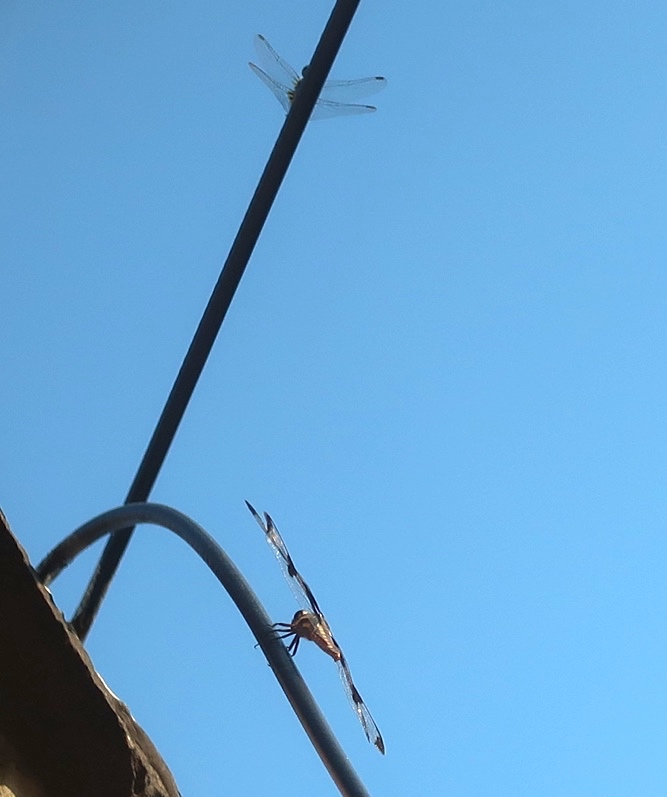 Whenever I vacuum I have to gather up all the toys and pile them on the coffee table. The cats then jump up, all excited. “OHMYGOD!! Where did these come from??” Like they’ve never seen them before. Exaggeration Alert:. In reality it’s more like, “What’s this? Oh. These.” But for a second they’re excited. I bought all those stuffed animals thinking they’d learn to bite them instead of me. Didn’t work. They love the stuffed animals, but they still also love to bite me. 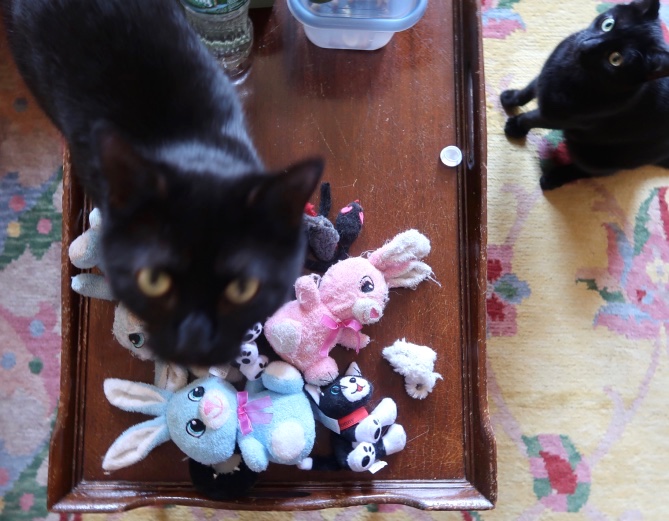 Check it out. This store put a sign in their window saying hello to my cat Bleecker. Okay, it’s a new store in the neighborhood saying hi to Bleecker Street. But don’t tell my cat. He thinks it’s for him. 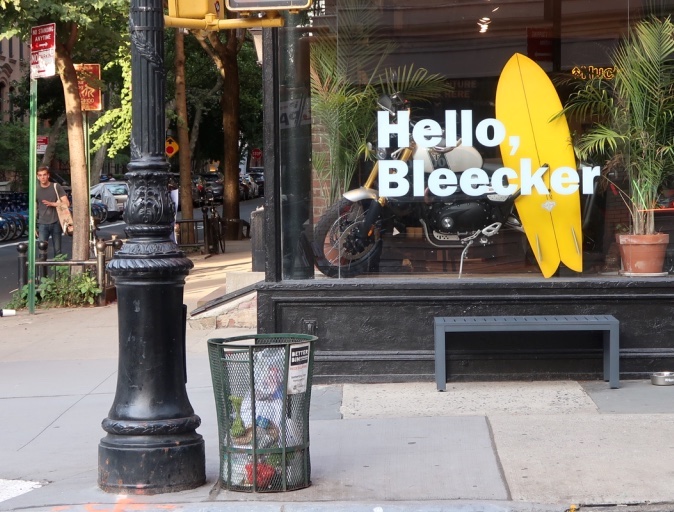 About once a decade I lop all my hair off. It’s a look that has always worked for me, but now at sixty-three years old I think it might not look good on me anymore. I don’t have a picture, but here’s a screenshot from a video of me the last time I cut it short. It’s been a while come to think of it. Scroll down, please. 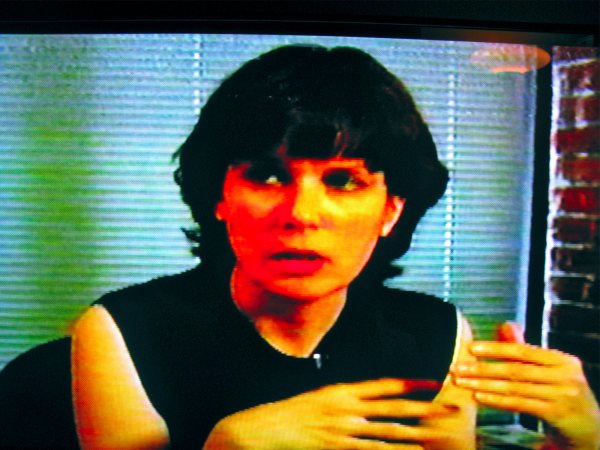 I found this picture of Madonna with a cut that might work. I can’t decide if I can pull it off!