My friend Howard needed head shots for an article, so I took a bunch of pictures of him in Washington Square yesterday. Howard is the author (with Sandra Newman) of Read This Next and How Not to Write a Novel.

Here are two! Not bad, I say. In the first one I experimented with the “portrait” setting which is supposed to slightly soften the focus. 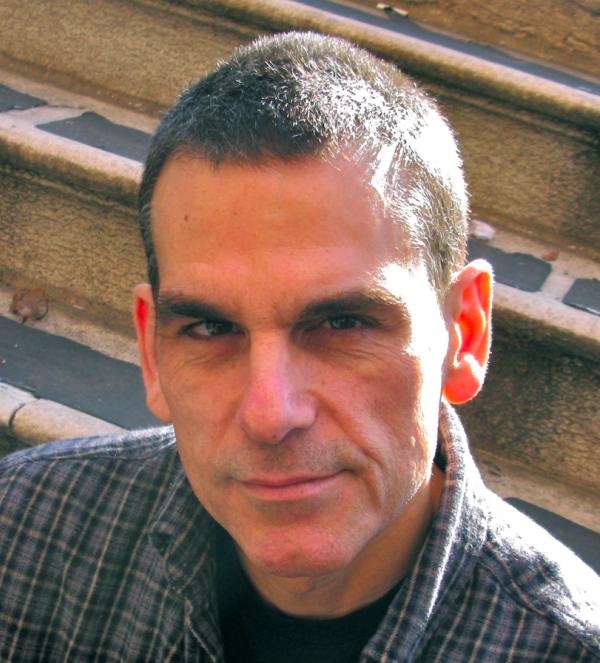 Honestly, today I’ve decided I prefer it without the portrait setting. 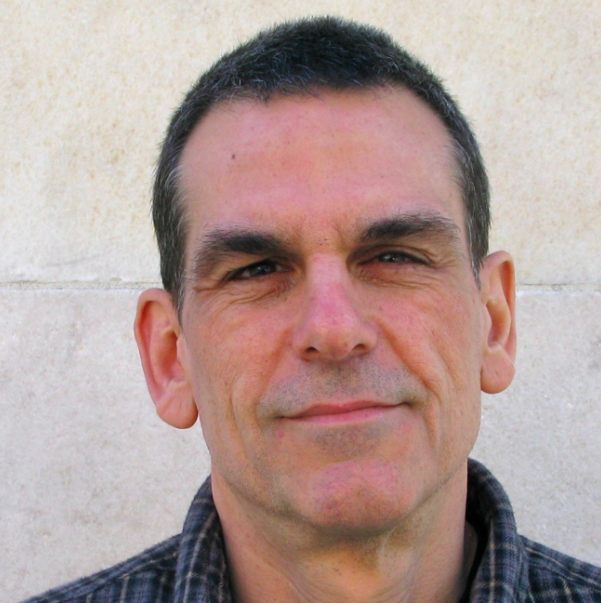 I read a New York Diaries entry written by Leo Lerman about lunching with writer Erica Jong and actress Stockard Channing. He liked them both, but wrote that Stockard “tells stories better than Erica. Erica is a good listener—sort of cannibalistic …” And I thought, but of course the actress is a better story teller in this kind of setting (although writers can be just as good)! And writers are supposed to be a little cannibalistic!

Please don’t let this stop you from asking us out to lunch. Thank you in advance.

I kept taking pictures of subways the other day. 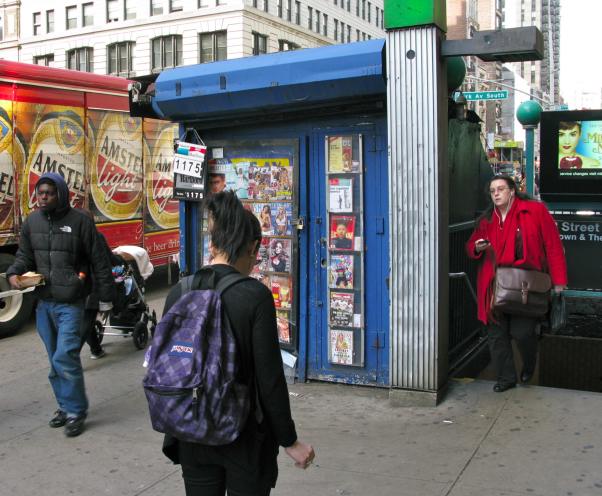 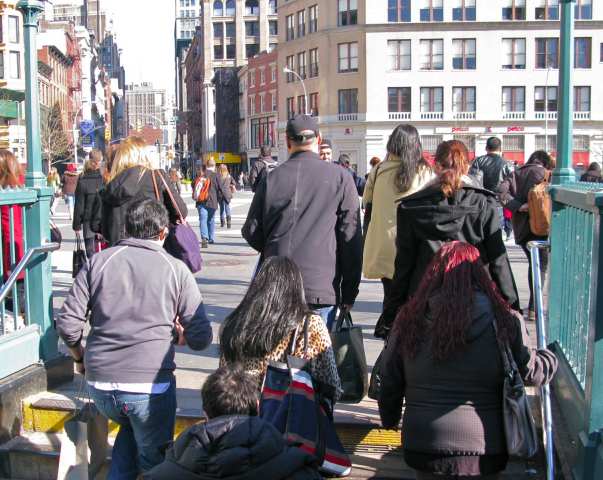 9:32: Truly the most boring Oscars ever. So far the J-Lo nip slip is the high point. Oh, and the film from Iran winning, except I just read on Echo that the Iranian government just shut their film foundation down.

8:13: Uh-oh. Sandra Bullock has had work. Doesn’t look good. Damnit. It’s almost always a mistake. Well, maybe I’m wrong and it’s just a bad day, maybe just too much filler or botox. ABC seems to have monopolized the red carpet. I do not approve.

7:56: I love Penelope Cruz. I think she’s one of the most beautiful women alive. This dress is wonderful, but I don’t think her hair is a success. It makes her look kinda bald on one side.

7:10: I think it makes more sense to tweet instead of filling up this item.

7:00: Glenn Close looking absolutely smashing in green. A! Maze! Zing! And whoever this is in a white dress, looks gorgeous. First dress I covet. Octavia Spencer.

6:55: I don’t know who anyone is anymore! I haven’t seen hardly any of the nominated movies. I saw Bridesmaids (LOVED+++) and Tinker, Tailor, Soldier, Spy (loved, lower case, no pluses).

6:53: Michelle Williams looks lovely as always. The thing about short hair though, it’s hard to make it look special and dressy. Somehow she doesn’t look dressed up or glammed up enough.

Okay, now I’m going to pay attention to the Oscars and the red carpet. Right now Ryan Seacrest is interviewing an actress with red hair. I don’t know who she is.

I bought these flowers for myself, to celebrate handing my book in. Pretty flowers, pretty cat, pretty day (yesterday). 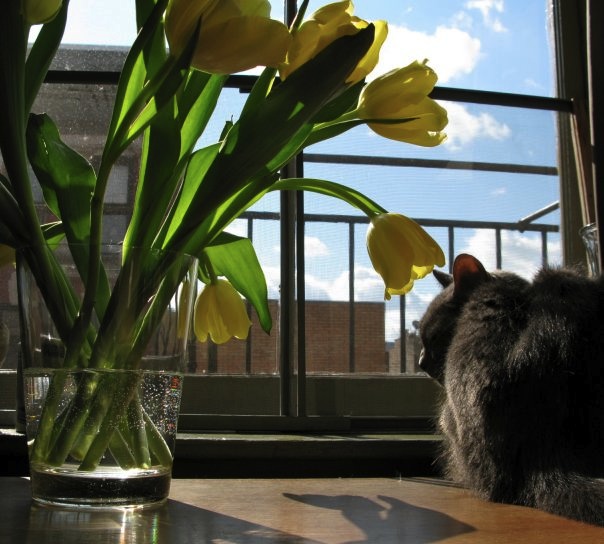 I went swimming in the morning, so I could indulge myself for the rest of the day, which means sitting around eating cheese and wallowing in Oscar tv.

When the red carpet coverage really starts, I’ll be back to live-blog a little.

My day yesterday: I walked crosstown, to Grace Church at 10th and Broadway, and then I sang, sang, sang. It was wonderful. Verdi! Makes me wish I was an opera star! Then I stopped into Murray Cheese on my way home, passing through Washington Square Park, where a wedding photographer had her work cut out for her. Actually, the way that wind was whipping that veil around, it could have made for some more dramatic and interesting pictures. 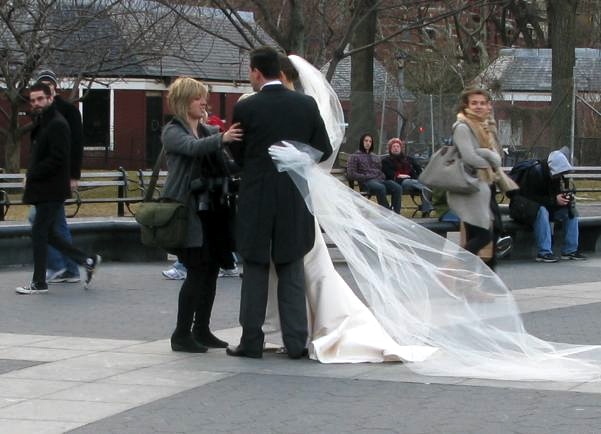