This keeps coming up for me, the idea and progress of what I call global sameness. I was recently asked by the Women’s Internet History Project, “What do think the future will hold internet/digital/tech?” and I worked global sameness into my answer:

“For better or worse (mostly better) the internet and all the applications that go with it have broken down a lot of boundaries. One of those boundaries is the boundary of power. The United States will become less and less important, but not in a bad way, I don’t think. It’s just that the rest of the world has risen and will continue to rise in importance, and in power and influence.

“No one gives up power without a battle, or accepts change without resistance. For instance, the divide between liberal and conservative in this country is at its most acrimonious right now, just as America is slowly becoming more fair and more just (black president, increased civil rights for gays, etc.) So there are going to be problems all over the world, as we all start to blend into each other a tiny bit, and then more and more, some rising a little, some falling (or perceiving that they are falling).

“We’re going to lose some things in the process. For example, NYC has lost a lot of its uniqueness over the last two decades. That is going to continue happen on a world-wide scale …”

I talk about how loss is inevitable, but the gain is worth it (hopefully). There are so many conflicts associated with differences (cultural, religious, racial), so someday global sameness may result in less conflict, more peace. Except families fight and hate each other sometimes, so maybe not.

My Thanksgiving at Peter and Miguel’s! 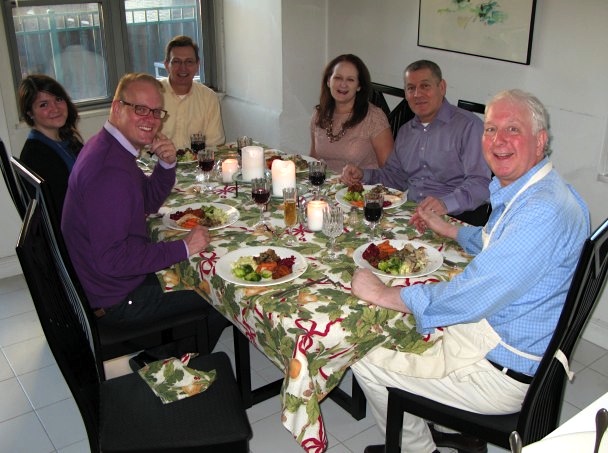 I have a cat on me and so I can’t get up and take the “after” picture from my holiday cleaning. Actually, I should wait until I decorate later today to take that picture in any case.

Instead, here is a very charming video, the New York Subway Signs Experiment. Trust me, you really want to watch this. Especially if you are having a crappy day.

I’ve been absent because holiday cleaning has begun. And I just heard a huge storm is coming so I need to get my shopping and laundry done today as well!

But before I forget, on Thanksgiving there’s going to be a marathon live streaming event of Mystery Science Theater 3000. Also, on Tuesday, at 1pm, Joel Hodgson is going to do an AMA. I was an absolute MST3K fanatic, and I even mentioned it in my first book. I wonder which episodes they’re going to show??

A “before” shot from my cleaning yesterday. 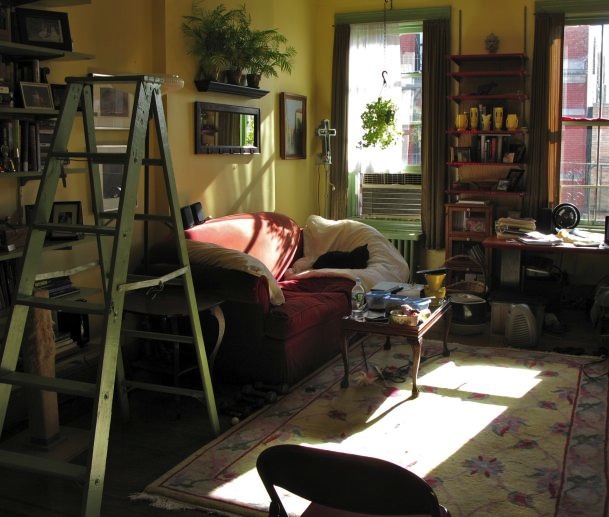 I’m ignoring all the horror in the world today, like the truck bomb in Iraq that killed 32, (how can they function with this kind of daily threat??) the typhoon in the Philippines, all the tornados in our own midwest, assassination memories, the “willful perversion” that brought our congress to this, I need a break. (I am sorry for all the suffering in the world, and it’s not like I can completely turn off all caring, regardless of my announcement.)

For fans of Doctor Who this is a VERY big weekend. That is what I will focus on (although it’s going to be sad). And another good thing, a piece I wrote about Janet Cardiff’s Forty Part Motet installation is up!

I took this picture on the way to the dentist yesterday, speaking of horror. God it was an ordeal. (I’m feeling a little sorry for myself, truth be told, that I have to endure all this. I’m giving myself one day of self-pity. I think I might only need the morning.)

I’ve always had an uneasy time with authority myself, and then I started Echo and I unexpectedly became “the man.” Running an online community means sometimes making decisions when social problems come up. Not everyone is going to agree with your decisions. Also, you are human and sometimes you are going to make bad ones. So now I have some sympathy with authority. Doesn’t mean I don’t realize you still must keep an eye on those in authority and question them all the time. 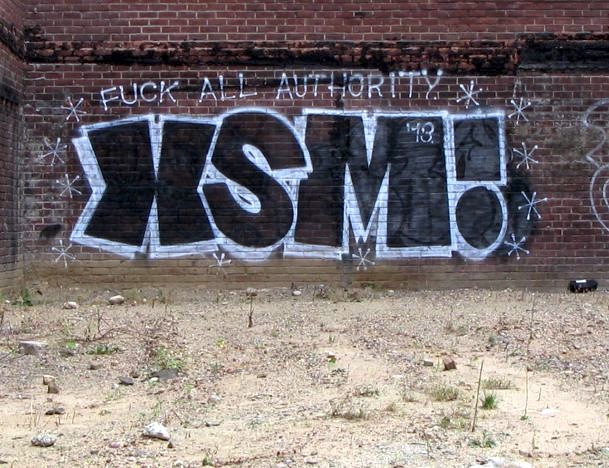 I’ve never been able to train a cat to let me clip their nails. As a result, it only happens during a vet visit. This is Bleeck, going at the living room curtains. 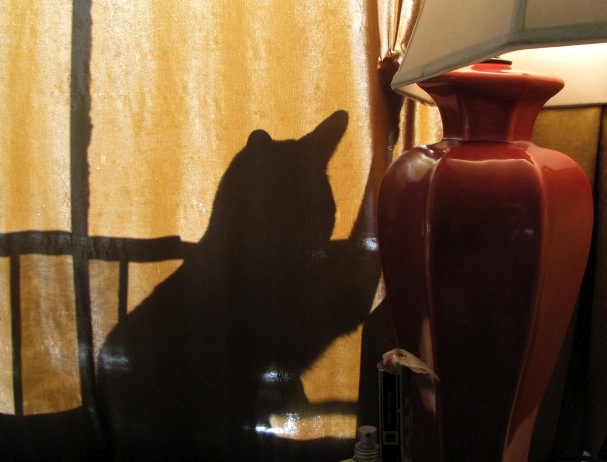