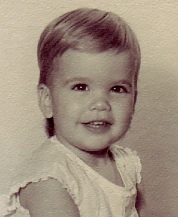 Hello! I’m a writer and my latest book is Damnation Island: Poor, Sick, Mad, and Criminal in 19th-Century New York. In the 19th century, management of New York City’s poor, insane, sick and punishable were thrown together and warehoused on the same narrow, two-mile-long island in the East River. My book reads like a horror novel, but it’s all true.

My previous book about singing came out in July, 2013 (Algonquin Books). We scrapped the original title and went with, Imperfect Harmony: Finding Happiness Singing With Others. My agent’s reaction, “Ohmygod, Stacy. You have a book with ‘happiness’ in the title.” We had a good laugh over that one.

My other books are:

Unbelievable: Investigations into Ghosts, Poltergeists, Telepathy, and Other Unseen Phenomena from the Duke Parapsychology Laboratory. Scientists have always disdained parapsychology, but there was a brief moment in the early 1930’s when the scientific community thought, well, okay, ectoplasm, seances and table rappings aside, maybe there’s something going on here. Let’s see what we can find out.

The Restless Sleep: Inside New York City’s Cold Case Squad. When enough time has gone by, I’d like to write about what it was like to work on a book about the NYPD. (It was very hard.) But I’m proud to say that this book got starred reviews from both Kirkus and Publisher’s Weekly.

Waiting for My Cats to Die: a morbid memoir. This book is about my mid-life crisis on one level, but really, on a deeper level it’s about this: I don’t want to die.

I do a few other things besides write. In 1990 I founded a NYC-based online service (aka social network) called Echo. Echo is an online community filled with people who log in everyday to talk about whatever—work, love, how hard life can be, and what’s on TV (my favorite obsession). I wrote about Echo and the internet in a book called, Cyberville: Clicks, Culture and the Creation of an Online Town. I stopped doing anything to promote Echo years ago, but I’m glad it’s managed to survive. In between writing and research, TV, and the occasional movie or book, I love talking to people on Echo. 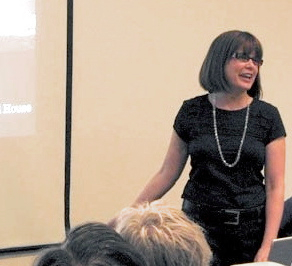 I grew up on Long Island, got a B.F.A. from Tufts University and the School of the Museum of Fine Arts, and a graduate degree from the Interactive Telecommunications Program at NYU. I was once a telecommunications analyst for the Mobil Corporation. It feels like so many lifetimes ago. I can’t believe I used to wear a suit almost every day. Still, learning how to function in that environment was useful.

What else? I sing with the Choral Society of Grace Church, and I drum in a band called Manhattan Samba (but only very rarely these days). And, if it’s not obvious already, you will soon see I am way too attached to my cats.

Sadly, Buddy and Finney, the cats on the far left and right in the banner, have since died. I used to call them Satan’s Fur Puppets (because they were evil), but I now have a cat named Bleeck (for Bleecker Street) and two kittens that I bottle fed when I worked at the ASPCA’s Kitten Nursery, Bodhi and Bali. The three of them are as evil as any cat I have ever known, so of course I love them.