I’m home from work while a workman tries to put my bathroom back together. In addition to the joys of being waterless, and now shower-less, I’ve missed so many training days at the ASPCA Hospital. It was going so well too. Today I was being trained on “appointments” when I got the call that a worker was on his way (I rushed home and he arrived four hours later).

The Hospital was until recently an emergency room. They are now appointments only, which is not to say that they’d turn a bleeding animal away. That said, they’re going to try to educate the public about taking emergency cases elsewhere from now on.

I enjoy the pace of appointments, and the chance to spend time with both the owners and the animals. They were also starting to let me do more hands-on today. I got to hold my first animal while they did a blood draw. Okay, it was a tiny little chihuahua who was muzzled, but it was still scary! And exciting to do my first! 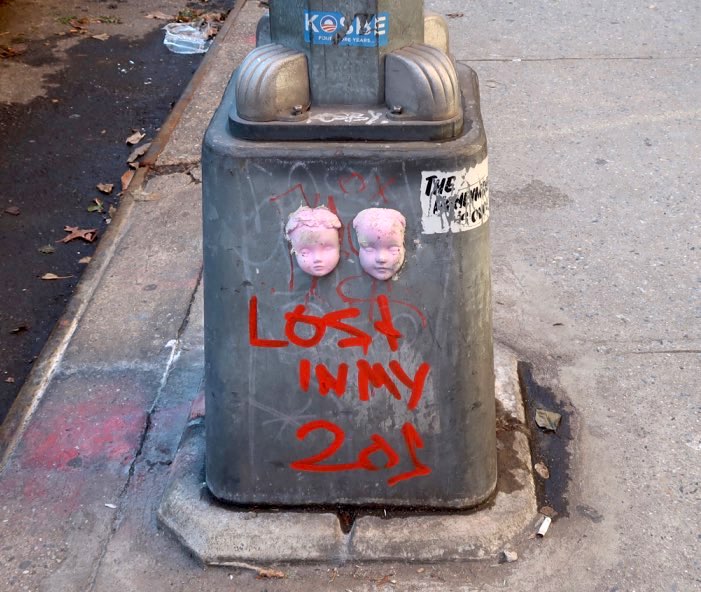 My publisher asked for a new author photo. At 61, it’s hard to get a decent shot anymore. Here’s what I sent them, but god knows. They suggested something with a slight angle and not so head on, and maybe with books in the background. Of course I prefer the head on shot. I looked better in all the shots with my glasses on except this one. (I don’t like my full on smile anymore in photographs. Something about all my dental work makes it look funny.)

Update: I tried to get another at an angle and got one that doesn’t suck. 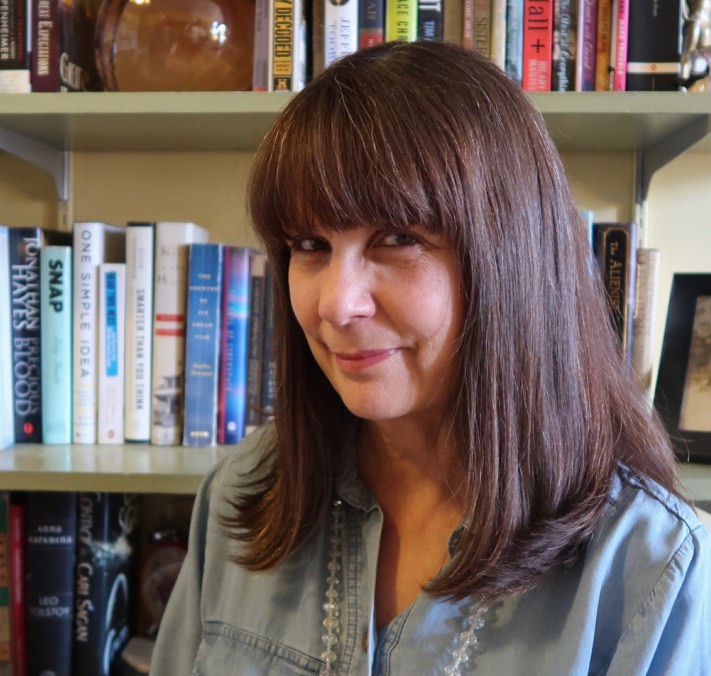 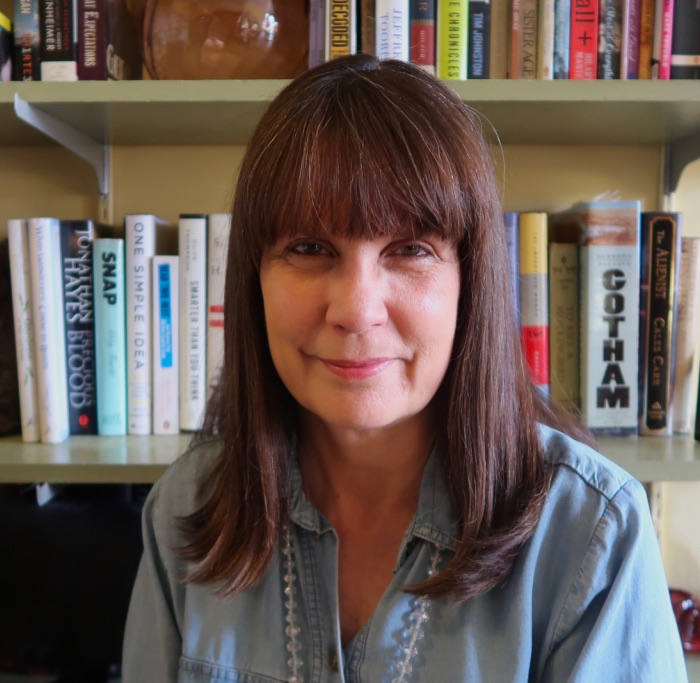 This is the first “at an angle” one I sent them, but I like the new one better! 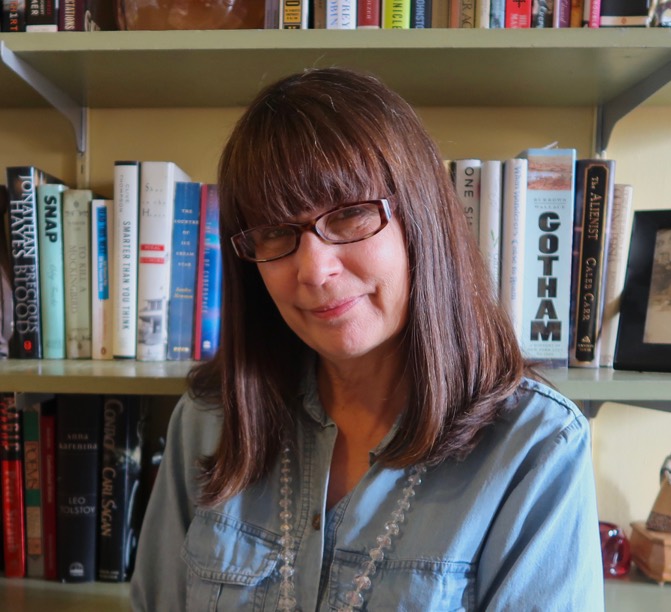 The current state of my bathroom. I’m waiting to hear if anyone is going to come back to finish the work! On the bright side, the water is back on so I can do everything except shower. That is a huge improvement over how I’ve been living the past week. So there’s that. 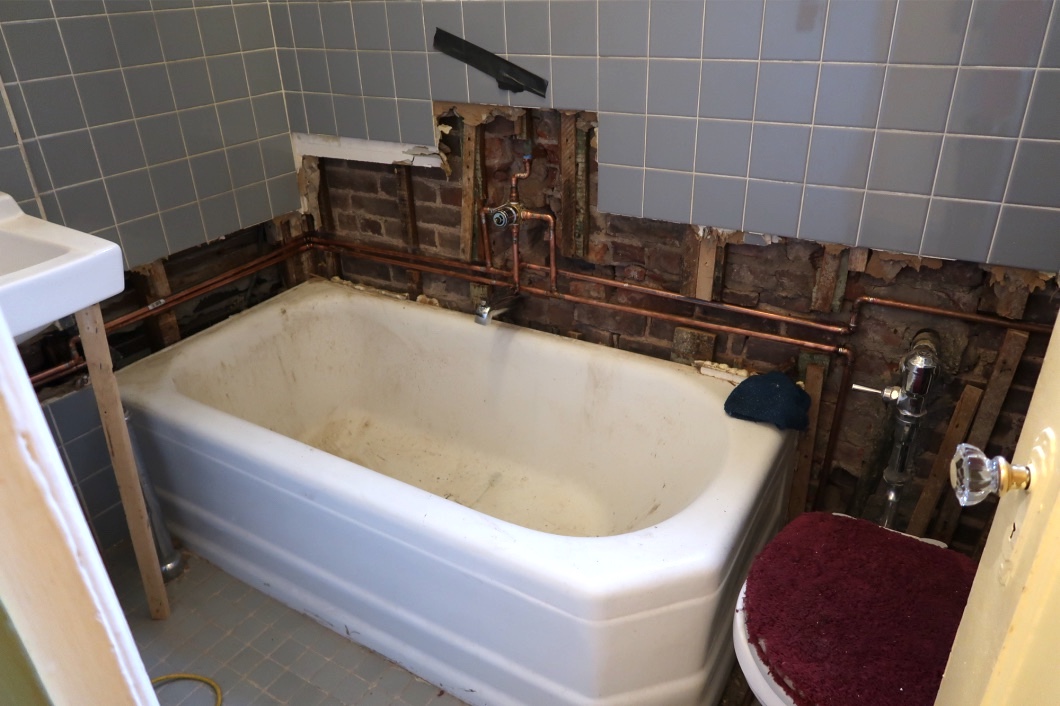 My bathroom is even more torn up, I have no water, and I have a bad cold. Thank God for my neighbor Beth, who is letting me use her bathroom and her sink to wash dishes.

The workman are supposed to be back to finish the work, but there’s no sign of them yet. But they have to tear open a full run to put in new pipe under the tub. Oh woe is me! 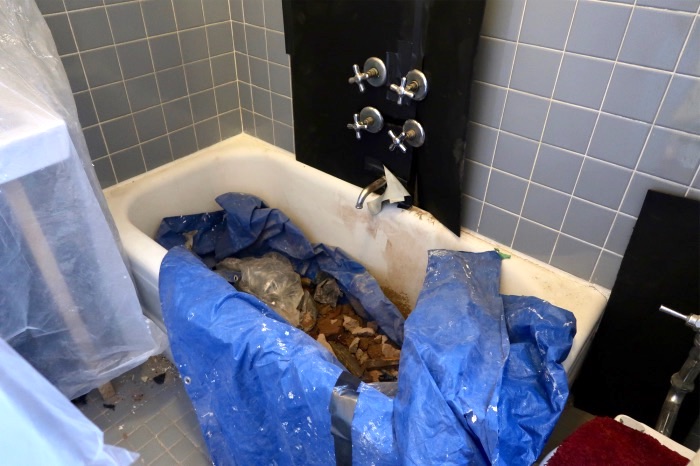 There’s a leak in one of the pipes in my bathroom and it’s steadily dripping into the apartment downstairs. I had to take off work yesterday, and I have to stay home again tomorrow.

These pipes are over 100 years old. As are all the electrical runs. I’m amazed we’re still standing and not a burning pile of rubble. This doesn’t look too bad, but it smells like lumber that has been soaking for a century. I have to keep the window in the bathroom open at all times even though it’s freezing. They had to break open the ceiling of the apartment underneath me so I’m sure she’s overjoyed as well. 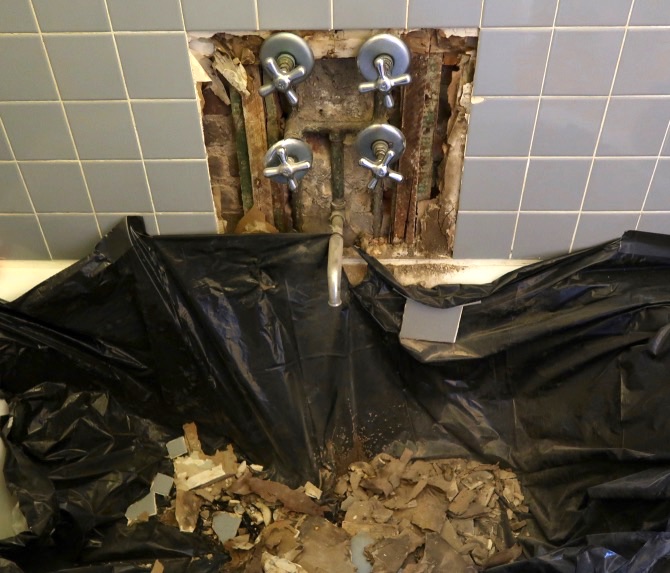