As of yesterday I’m up to 273. Just look at what panic will do! And that was with missing days due to cat illness. 273 boxes translates to 3 boxes going home with me. 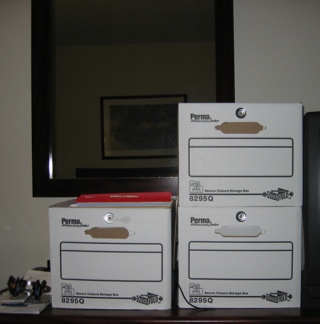 If only I was going at that rate all along, but I’ll try not to think about that. And it’s not true that I could have, in any case. I didn’t know anything and had to move that slowly to learn the story of the lab. Now I can go quickly because I know what I’m looking for.

I’m leaving on March 12th. I’ve got 121 boxes left that I want to see. Wish me luck. Because I’m coming home no matter what. My friend Ruby is coming down on a train and is driving back with me.

Home, home, home! New York Fucking City! I don’t have time to list all I’m looking forward to getting back to because I must shower and look at MORE BOXES.

They actually didn’t eat very much but it’s a start. Plus, no one has thrown up in two days, AND Finney just tried to knock over my cup of coffee. GOOD BOY. 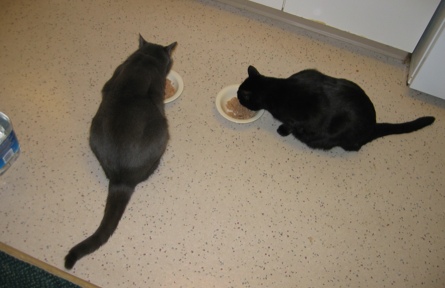 They stopped eating. Since it was both of them I thought they must have eaten something bad. I took them to the Cat Hospital here in Durham, they took blood, but they said everything came back fine. Meanwhile, I got them to eat a little babyfood.

I called my vet, The Cat Practice in New York. They said it could be an unspecified virus, and to keep them on the babyfood for a couple of days. As long as they ate that and didn’t throw up, they’d probably be fine. This morning they wouldn’t eat it, and Finney threw up.

I can live with a lot of things, but not anything bad having to do with my cats. I’ve got messages into both vets, and I cancelled my ride to the library. 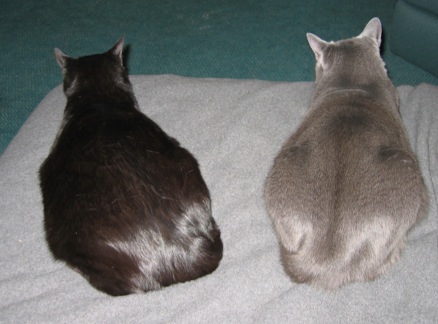 I saw this on the Met’s website when I was looking for the Francois Gilot/Picasso photograph. I forget who the painter is now! But I like this painting. 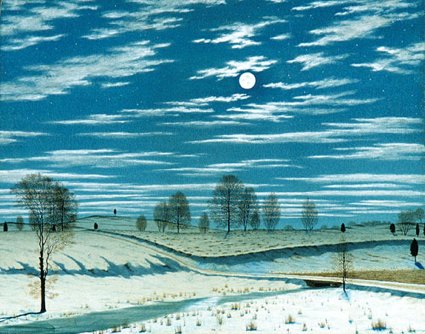 Right now I’m downloading the new TV show The Conviction from the Apple Music Store. 1, because it’s free, 2, because I’ve never watched video before on my new video iPod and 3, because I love TV and it’s a new show.

I was at Petco last week, about to lug kitty litter when I broke down and asked, “Do you deliver?” (I make myself carry all heavy things for exercise, that’s why I say I broke down.) The cashier answered, “What’s delivery?”

I was so confused by her question I just repeated the word. “Delivery.” We stared at each other in mutual non-comprehension. People were waiting behind me so she finally answered, “No,” even though I’m sure she didn’t know what I was asking. I figured it was probably the right answer nonetheless.

Along the same lines, I wrote a polite but angry letter to the Durham Police Department. People keep almost hitting me making right turns on red when I have the walk sign. And it’s “almost” because I learned quickly that pedestrians are invisible in Durham. I always watch and jump out of the way.

(That reminds me, when I leave I’m going to post a BIG thank you to the librarians of the Special Collections Library who have been taking care of me. For instance, after this incident Elizabeth Dunn, who fed me an amazing meal, drove me to Petco to stock up on kitty litter. Then she drove me to Target to stock up on water. Zachary Elder, who was featured earlier as the youngest librarian of Special Collections, also had me over for an amazing dinner.)