I spent last night looking up relatives of Ream Constance Hoxsie (Hoxie). I wrote about her in The Restless Sleep and never forgot her:

The box marked “1921” has several cases from the early twenties including the following four cold cases: … 17-year-old Ream Constance Hoxsie who was hit in the head with a hammer eight times, then posed on a bed …

She was actually murdered on February 4, 1920. I went nuts trying to find her and her relatives on Ancestry.com until I finally thought to look under Hoxie and other misspellings and then I found them. Now I’m on the case. I was already hooked on telling her story but this small part in one of the Times articles really got me.

The District Attorney said the police had informed him that Ream had accompanied her step-mother, Mrs. Marie M. Montrose a professional singer, to fill a singing engagement at a cabaret. He also said that the detectives had learned that Ream was fond of displaying her skill in “make-up,” dressing herself up in various costumes and applying the cosmetics with the expertness of stagefolk. The trip to the cabaret and the play at “making-up,” were done, it seemed, as part of the girl’s training to join her step-mother on the stage.

I just remember being 17, and that sounds so thrilling for a 17 year old. I see a young girl, backstage, all excited, imagining her future, and then hours later it’s all over. Like that.

I wrote that this morning and I just got back from the library, where I was looking for more information about Ream Hoxsie. God, just one sad story after another. Every time a young girl or woman was murdered, Ream’s name came up, plus all these sad pathetic people who were hauled in and questioned, revealing their sad, miserable lives, so much hopelessness and so many unsolved murders of girls. What a story this is going to make.

Onto something happier for now, like practicing Beethoven. I took this yesterday, coming back from Queens. We’re heading for the bridge and the great and wonderful Oz. 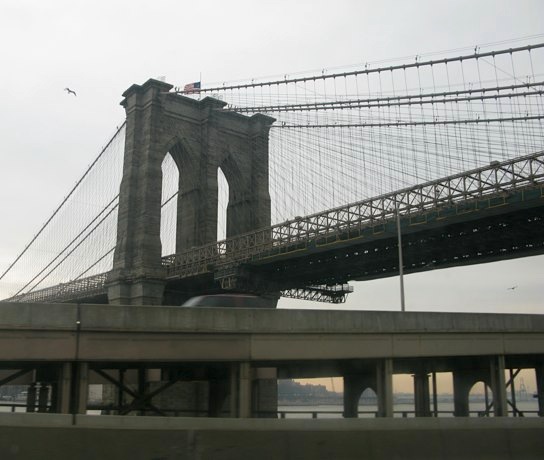 It’s just been one disappointment after another this week.  I won’t be sorry to see the end of this week, boy.  Good riddance.  You hate me?  Well week, I gotta tell you, the feeling is mutual.

I did have a nice breakfast though with some of my detective friends (followed by MORE disappointment).  I took this picture in Queens somewhere.  I never know where I am when I’m in Queens. Long Island City, maybe?  But what are these things?  Seriously. What is inside of them? They’re lovely!  Such beautiful structures in the midst of the industrial park of despair that was this area. Someone designed them. Good job, someone. 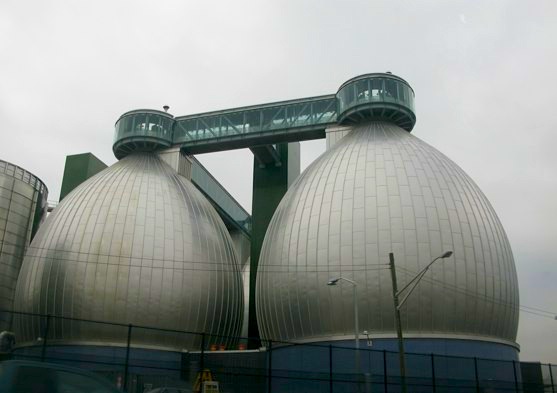 Someone just posted the meanest of mean-mean-mean reviews about The Restless Sleep on Amazon.  Worse, it’s kinda funny, I have to admit.  Funny is convincing. Ugh. In my next life I hope I chose a profession where people are not invited to publicly take shots at you.

Adding to the beginning of my not-fun day, I heard from a relative of someone in the book—I think she was hurt by what I wrote. This is why I decided not to write about crime anymore. There’s just too much potential to cause people pain. It’s the kind of subject where you’re pretty much guaranteed to distress someone.

Anyway, I helped give a tour of the WTC this morning and took this on the way home.  It’s one of the bars around the site where the recovery workers and volunteers hung out.  It’s a nice memory.  Here’s hoping the rest of my day is better. 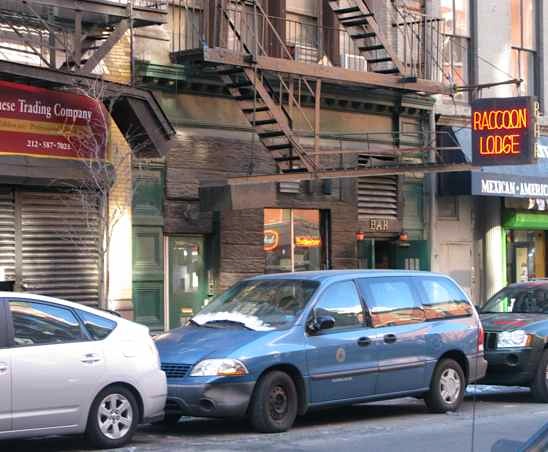 I have to shower and go back out there!  I don’t want to!  Except it’s to do something kinda fun. I’m being considered to be used as a talking head for a cold case thing, so I’m going uptown to be filmed talking on camera.  Chances are nothing will come of it, I’m a writer not a tv personality, but it will be fun regardless.

This is looking west on 14th Street.  I love how the Donut Pub is next door to Flannery’s Bar.  A donut and a scotch.  What more does one need? 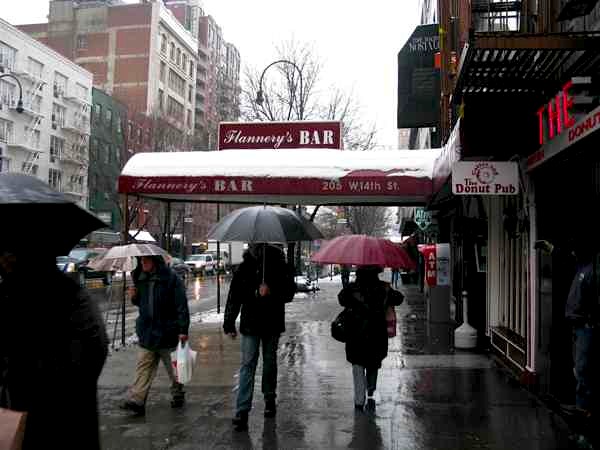 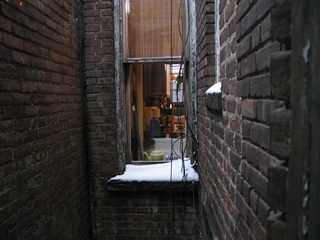 I love the air shaft views in my bedroom. They just say “New York” to me. I imagine the view might get depressing on the lower floors, but on the top floor I have the combination of dark and sky.  The best of both worlds.

So, I’m writing a proposal for my next book, about making up for the science education I lack. What stops me every time I start to work on this proposal is the realization that I will actually have to learn science.

I’m still scared I can’t.  I’m trying to tell myself it will be an absorbing way to spend the next few years, and when I’m done I will have a better understanding of so many things. 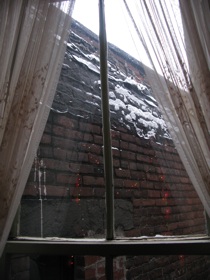 I will be better off than I was before.

AND, they say that learning staves off dementia and Alzheimers.  HEY.  Maybe I should pick a new career and write about learning how to do whatever it is I chose.

I started a Things I Want to Do list the other day, which included things I might write about:

– embed with military in Afghanistan and write about it.
– write about science.
– live in a different city for a while.
– See:  Alaska, India, Scotland, and take a tour of obscure, barely inhabited islands.
– Places I’d like to work: the Medical Examiners Office, New York Public Library, Municipal Archives, National Archives.

Oh, I just remembered another idea I was toying with, when I realized I didn’t want to do anything that meant leaving the cats behind, something to do with exploring New York, but it’s not very full formed yet, so I want to wait before posting about it.