There’s a close-up below because I don’t think you can really see them in this shot, but this great building had the most perfectly trimmed little … trees, hedges (?) in the windows. Thank you fussy people in this house. They look great!

Finney update: He doesn’t have cancer! The vet gave him a cortisone shot and we’re going to give him another ultrasound in a couple of weeks. ($$$) 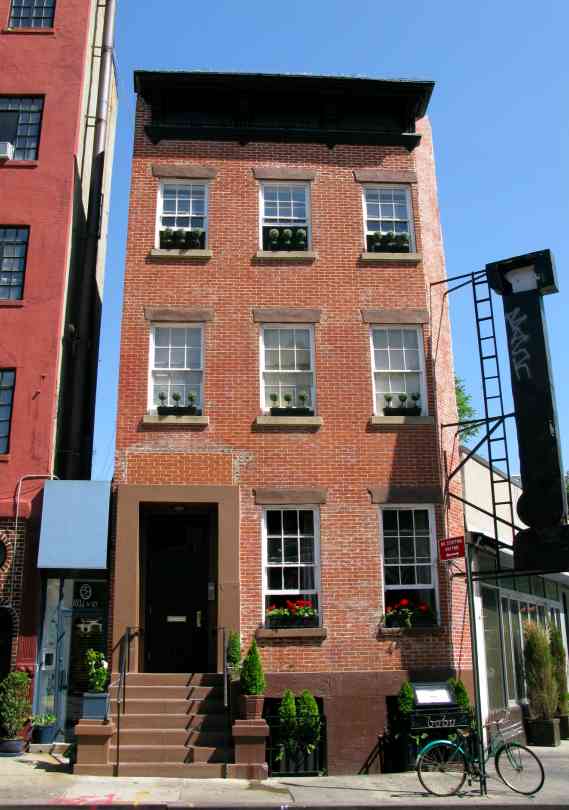 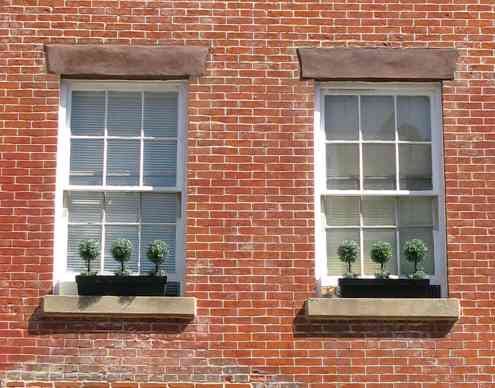 What is my plan for the week? I must consult my “to-do” lists. Let’s see … lots of work work work and the start of my yearly round of doctor’s appointments (just check ups, I’m fine).

Finney update: The redness is gone, but he still needs the pain killer.

I took this yesterday on the way home from work. Cops were everywhere (Gay Pride Parade day). I left early because I wasn’t feeling well. I’m sure it was stress-related, but I’m feeling fine now in any case. 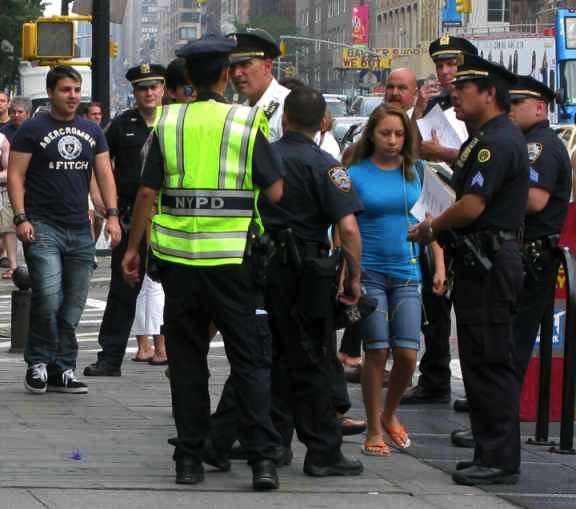 It’s not too bad! My vet isn’t in today, and a couple of slight red patches near Finney’s incision have gotten redder. Maybe he’s licking the area when I’m not looking, except wouldn’t he lick the actual incision, so shouldn’t that be the part that’s red? I’m posting it here in case someone who reads my blog is a vet or knows one. 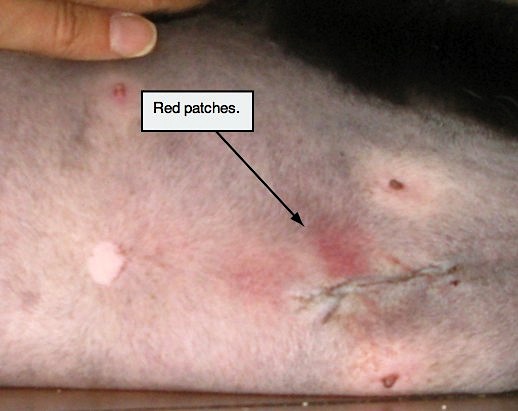 Finney seems so okay to me I almost don’t want to give him his pain meds, but I’m going to, knowing what good symptoms hiders they are.

I noticed people are starting to care about the World Cup. It used to be only the Brazilian New Yorkers cared. But as I was walking around in the late afternoon, people were getting ready to watch. This was the weirdest. This is a fancy take-out place on Jane Street, and they had set up a large tv and chair for people to watch. It looked like such a fun thing to do, even though I don’t really care. 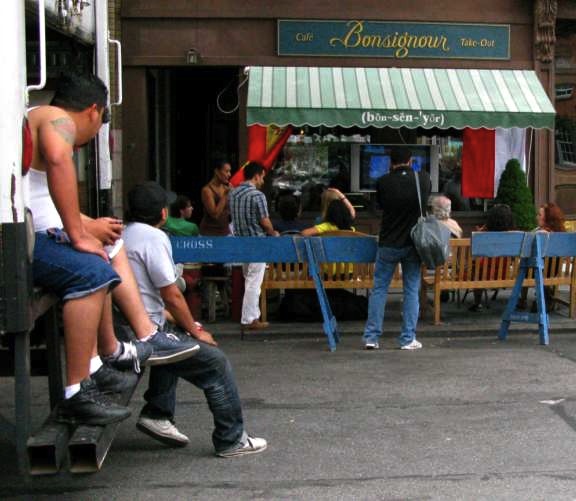 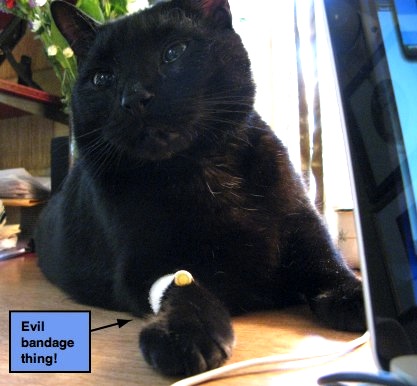 Thank god. He is not happy about the bandage. I took the top layer off and he stopped freaking out about it.

So, we shall see. They sent the bubble thing out for a biopsy, but we won’t know until Wednesday they said. But it could be that this thing was causing his urinary problems all these years and he doesn’t have FUS. If that’s true he can eat whatever he wants.

Poor little guy. But maybe he will be okay in the end. We can’t start treating the arthritis until this is past. But he’s on plainkillers, so that should help in the meantime.

Thank you everyone for your thoughts and prayers and comments and email. Finney, thank the nice people. He said “mow.” I swear.