A friend posted this picture from a bookstore to Facebook. Made my day!! Thank you, Sue!! 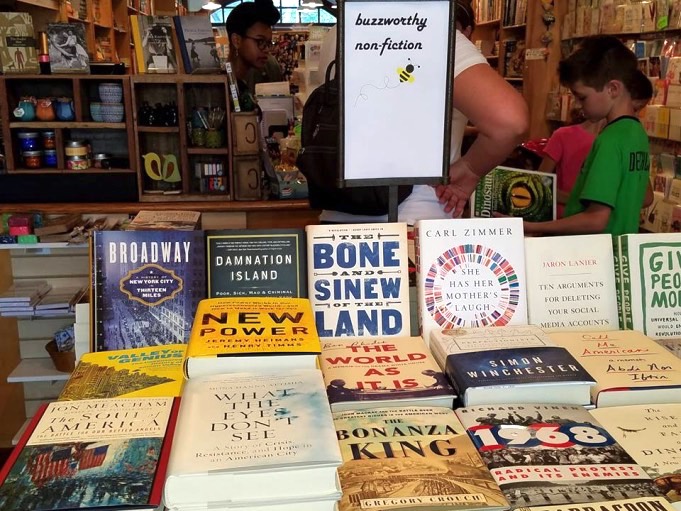 The world was ending and we all knew it. Everyone was watching the sunset together because it would be the last one. Once the sun set it would never rise again. Even though we knew it was coming for some time, as the sky darkened it became real for the first time. I watched and fully comprehended that this was it for humanity.

Then, unexpectedly, it started to become harder and harder to breath. We were losing oxygen somehow and we were all gasping for breath. We thought we were going to have a little more time. The sun would set for the last time and then things would all go south, but not right away. We’d have time to adjust. But we were all going to die right then and there. It was a terrible shock. And terribly frightening. The temperature started to rise a little. There was a sort of electric feeling in the air. No escape, this is it.

Then I woke up, and of course realized this was simply a most transparent metaphor. Death must always be such a terrible surprise even though we all know it’s coming. I’m going to start stock-piling valium.

These are people starting to gather for a talk I gave at Brooklyn Bridge Park. I felt like I was addressing senators in ancient Rome. 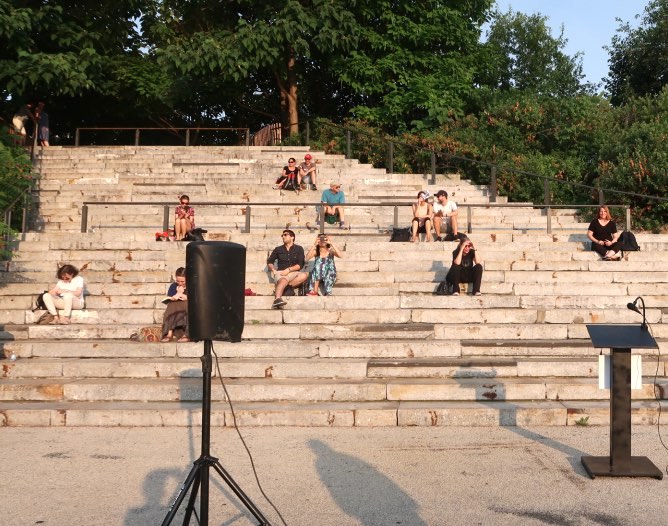 Looking down from my roof into a backyard garden party. It was insanely loud for such a small group of people. It must have had something to do with the small space surrounded by brick and concrete. Because I’m in the front I am not subjected to the noise, but my poor neighbors in the back have to deal with this all summer.

But what are you going to do, tell people not to use their courtyards? Don’t have parties? 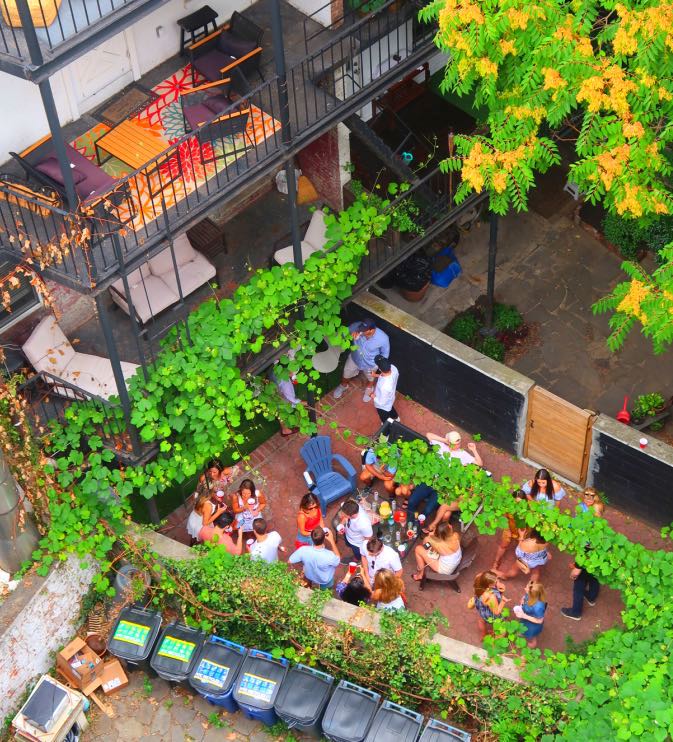 Some scenes from my life publicizing my book. The first shot is at the Books Beneath the Bridge series at Brooklyn Bridge Park, and the next two are from the WCBS Author Talks Radio podcast recording (that’s reporter Peter Haskell, the host, in the third shot). I also recorded a podcast for The Curious Man, but that was over the phone so I don’t have a picture of that! 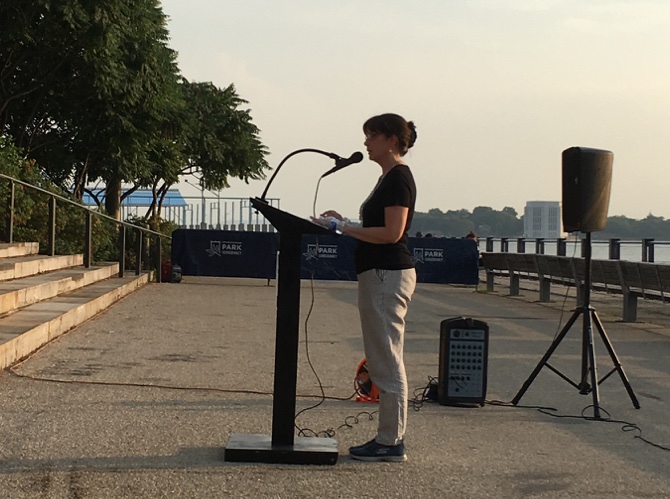 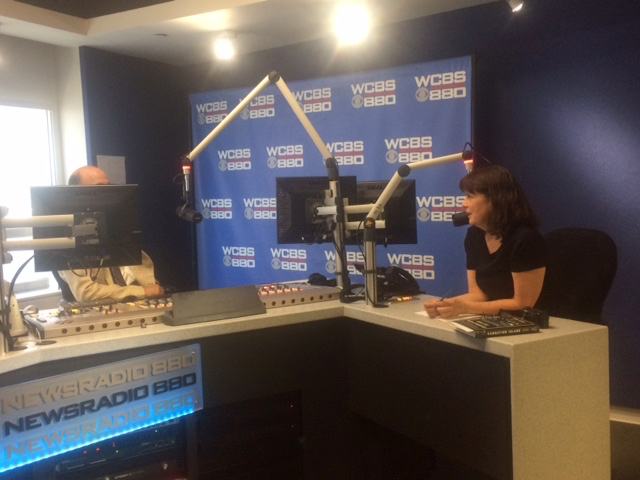 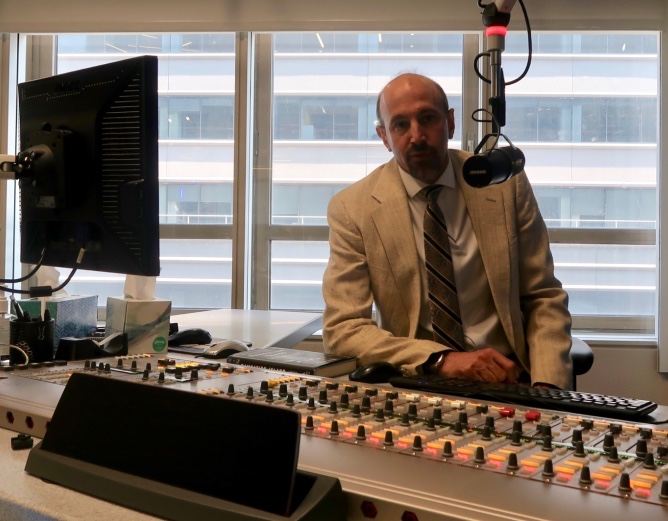 I was so nervous before my talk at the Merchant’s House Museum Garden on Thursday, but it was delightful. Margaret Halsey Gardiner, the executive director of the Museum, couldn’t have been more welcoming, as was Tim Ranney, who invited me. Then afterwards I joined the group tour of the museum.

The Merchant’s House is a building on West 4th Street that was bought by a hardware merchant, Seabury Tredwell, in 1835. His family lived there until his youngest child, Gertrude, died there in 1933. It’s now a museum with most of its original furniture and contents (clothes, decor, etc.)

On the floor for the servants was a list of people who had worked there at one time or another. I plan to research whether or not any of them ever ended up on Blackwell’s Island. I can’t research “Bridget Murphy,” or “Mary Smith,” because it would be too difficult or impossible to determine if one of the Bridget Murphys I found, for instance, was the one who used to work in the home of Seabury Tredwell. But there the names of three women were unusual enough to give it a try. Even better, they were 40 years old, so the chances are a little less likely that they married and changed their names. 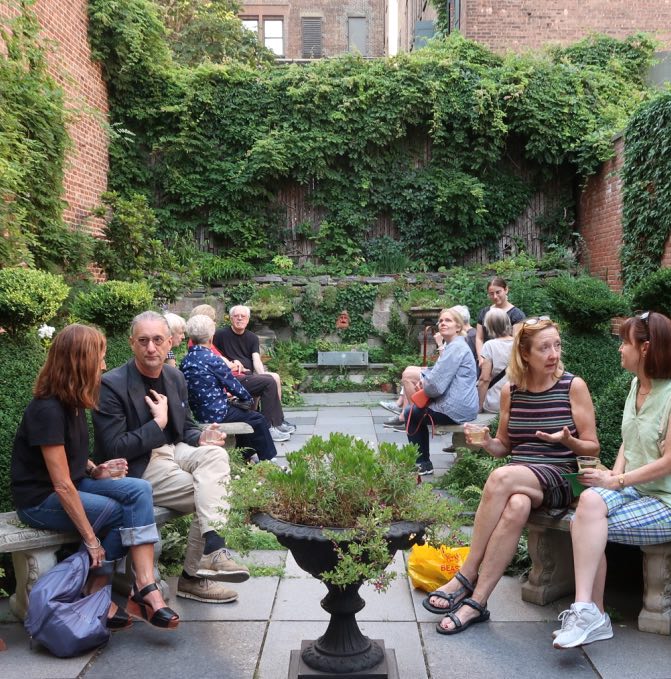