Gene was right.  The first board I put up kept bowing further and further inward. I found another piece of wood to use.  (Look at all these birds, will you??) 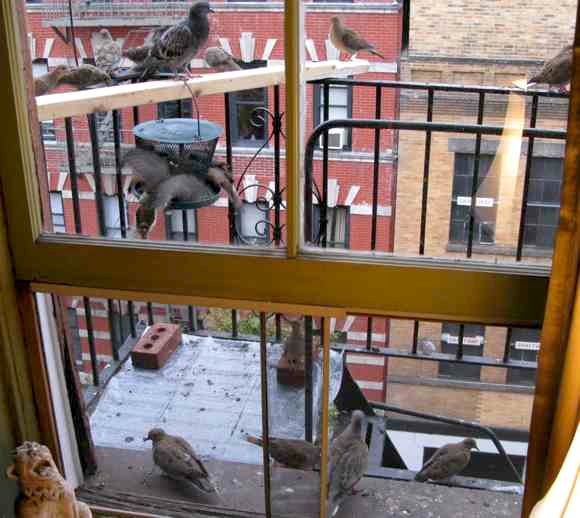 In Union Square. There’s one non-dog shot, of this guy who walked by on these scary stilts. 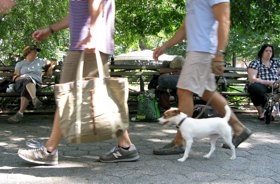 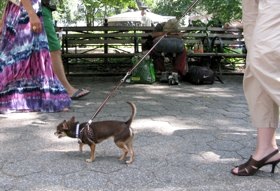 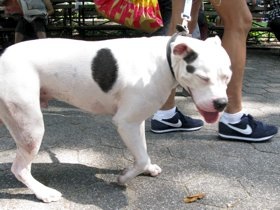 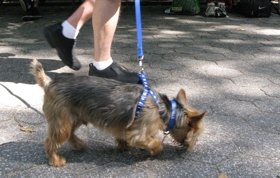 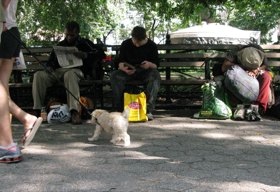 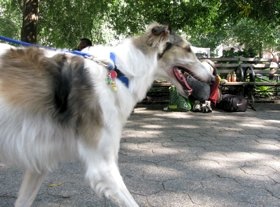 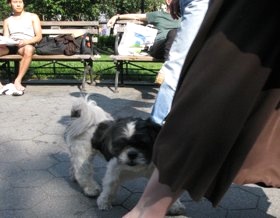 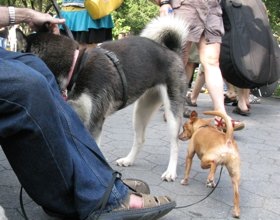 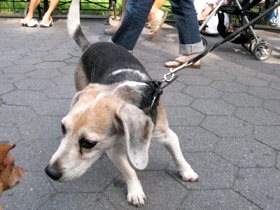 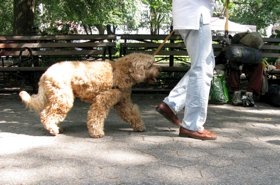 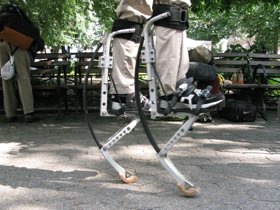 There was a homeless guy sitting across from me and he shows up in a few of the pictures. It felt weird to be spending my time in such a carefree way not a dozen feet from someone living such a miserable life. There’s something wrong with us. Or me. That I can sit so calmly in the face of such suffering. I guess for me there’s just so many people suffering I feel paralyzed and overwhelmed.

I was talking with someone about joining the Peace Corps. Except I won’t leave the cats so I have to think of something else.

After pushing everything off that was in his way, Buddy settled in. We watched a lot of make over shows last night. We love make over shows, whether it’s people or houses, we watch them all. However we must say we preferred Finola Hughes on How Do I Look, and the old format. No offense to the new team, but we’re not going to be watching that anymore. But we LOVE LOVE LOVE that Stacy and Clinton got a new hair stylist for their show What Not to Wear. We never liked their previous one. (Sorry.) Also, is Tim Gunn’s make over show coming back? And last, we’re happy that Flip This House is back with new episodes. 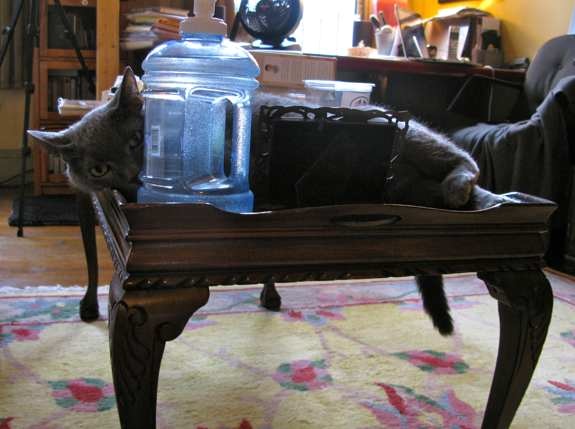 I just heard about the new Torture Team Trading Cards. Their smallest pack (10 cards) is free.

From the email from the Center for Constitutional Rights:

While most people know the names of the principal players on the “Torture Team” – Bush, Cheney, Rumsfeld and Rice – there are many more members of the team who must be investigated and prosecuted. We’ve created 20 “Torture Team” trading cards (“collect and prosecute them all!!”) and a matching website to push the attorney general to allow the Special Prosecutor to investigate as far up the chain of command as the evidence leads.

In addition to ordering the physical cards, while on the website, you can:

– Write Holder to demand the entire Torture Team be held accountable.
– Find more information about the government’s torture program and the role of the Torture Team members.
– Create your own Team Justice trading card with your photo and message, and forward it to friends.

The purpose of the cards is to bring attention to the people who should really be under investigation and to pressure Holder to do the right thing and provide the special prosecutor with as much authority as he needs and a broader mandate. Pass it on!

I really had to agree with this point from the email: The “Torture Team” – the former government officials, lawyers and military leadership – who are really responsible shouldn’t enjoy impunity while a few low-level operatives take the fall.

Yesterday, there were cameras on every corner on West 4th and Perry shooting these two girls having lunch. (More below.) 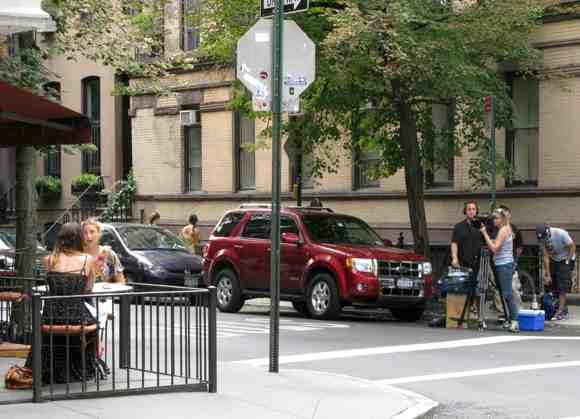 It was all for a new reality TV show called The City, I was told. I googled it and found this:

“It’s official. MTV has confirmed that the network will air unscripted spinoff series of The Hills featuring reality personality Whitney Port’s move from L.A to the Big Apple, as the fashion maven embarks on a new gig with legendary designer Diane von Furstenberg.”

So this is Whitney Port I guess. 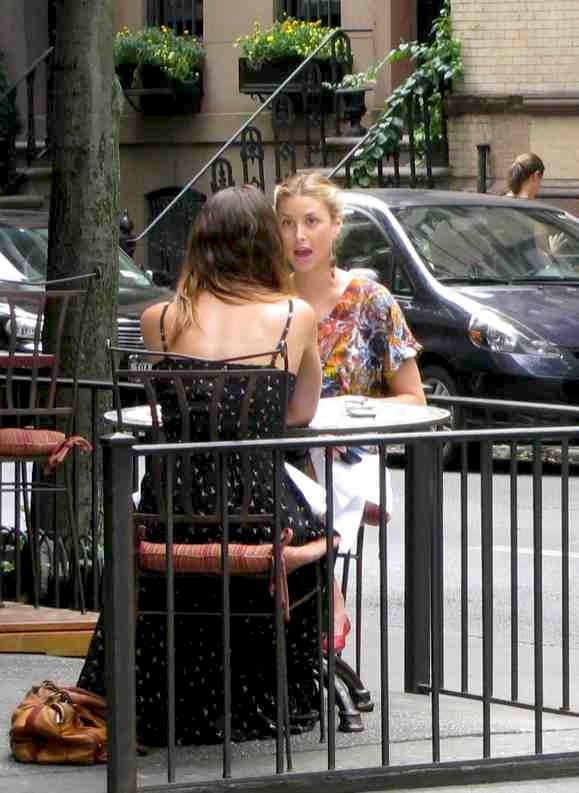