My publisher is Algonquin Books, an imprint of Workman Publishing, and every year they have a party during the BEA (Bookexpo America). It was packed as always. People just love my publisher’s parties! The bigger crowd was to the right, where the bar was set up, and there was another huge crowd downstairs (where I suspect there was another bar).

I just flashed on my alcoholic days, when of course I would have too much to drink at parties. Shudder. Everyone is mostly sober these days, it seems. Or knows enough to keep their drinking to themselves. It used to be I’d see at least one person, usually more, over-doing it at any social event, and I’d think, ‘so glad that isn’t me.’ But all those people have disappeared. You never see drunks at parties anymore.

Well, good for all of them, and me, because … 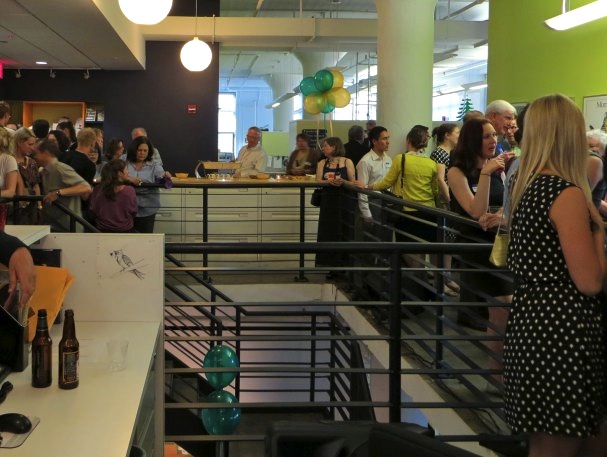 I got to have a life that led to this day, this party, and seeing my book on the Algonquin shelves!! 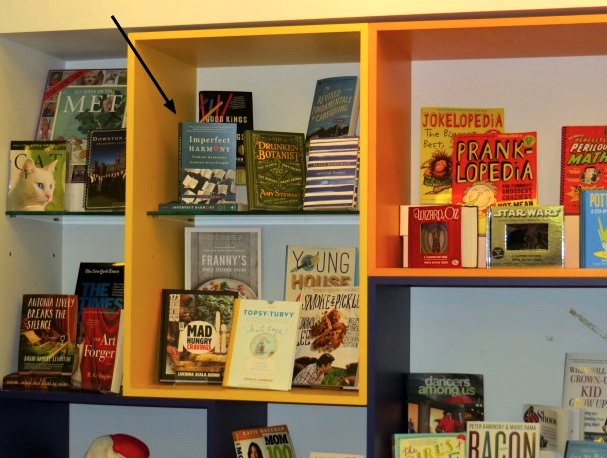 Announcing my first book related thing! I’m going to be on NPR’s Talk of the Nation on Monday, June 3rd (my birthday) at 3pm est. The guest host that day is Ari Shapiro, NPR’s White House correspondent who also happens to be a singer. This should be fun. And a little terrifying. Let’s face it, my entire future is riding on this. (Exaggeration alert.)

An NYU graduate walking down Broadway. Congratulations to all graduates of all schools everywhere! 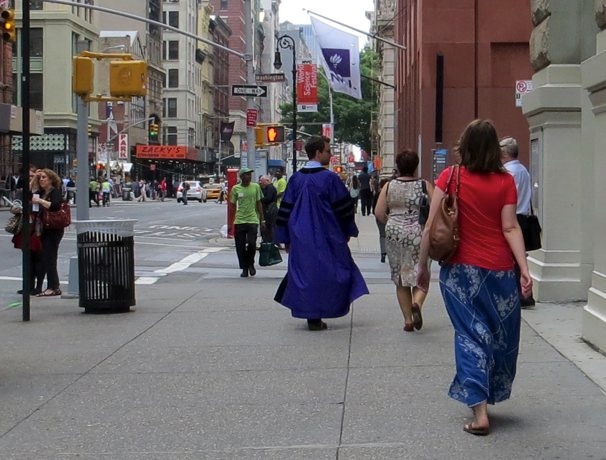 I have never missed a single season of The Bachelor or The Bachelorette. But this season premiere had more awkward, cringe-inducing moments than any other, and while these moments can be entertaining in their way, I need at least one person to root for.

First, Desiree seems like a bit of an idiot. I know it’s only week one, but she didn’t display a hint of intelligence or humor, and while she weeps, she expresses her emotions like a drunk. Her tears come far too easily and they feel excessive to the moment. She’s more sentimental than deep.

And this group of bachelors! It’s the worst decent-to-ick ratio on The Bachelor/Bachelorette yet. There were maybe two or three seemingly decent guys, and the rest have one problem or another.

At first I was smitten with Ben and his adorable son Brody, even though using his son in this way was a little iffy. I was willing to keep an open mind about that, his son was that cute. But then Ben said he hunts and Desiree was completely okay with that, so now I dislike them both. I hope Ben wins. I want better for the two or three decent guys.

The poor ER doc. Yes, I felt pity for him. So clueless, and I guess drunk. Also, he was funny with the guys. But I completely understood Desiree sending him home. Pity certainly isn’t a reason for keeping a guy around.

Zak, the abs and jump in the pool guy, who got a rose. See: Desiree is an idiot. Although he wasn’t a hateful idiot, I didn’t dislike the guy. So who knows.

And finally, Fantasy Suite Guy. “My love tank has not been depleted in years.” Without question the creepiest thing I’ve ever heard on reality tv ever. I guess the fact that Desiree sent him home proves she is not a total idiot. “My mom thinks I’m good looking.” Oh God, this poor, pathetic guy.

But there was something about the way she initially shut him down. We didn’t know he was a creep yet, and it could have just been an “it seemed like a good idea at the time” thing. Although maybe her “I’m not that kind of girl,” response was her trying to be cute, And to be fair, perhaps she was picking up on his creepiness in a way that we couldn’t from a distance. Because after that, it was clear he was truly creepy. Once he saw her reaction, to not just say, “Okay, that didn’t work,” and “sorry, I just meant it to be funny,” and instead try it not once more but again and again?? So maybe her immediate reaction was more evidence that she is not a total idiot.

But, but, who can’t pronounce Juan Pablo? In his bio on The Bachelor website Juan Pablo says he doesn’t read. Hmm. As a writer it’s going to take some doing to get past that. But, well, look at him.

There’s a new bike rental program in the city called Citi Bike. This is a bike station only a half a block away from me. Too bad I’m way too terrified to try to ride a bike in the city. Cars act like bicyclists are either invisible or targets, and the NYPD treats them like they’re terrorists. 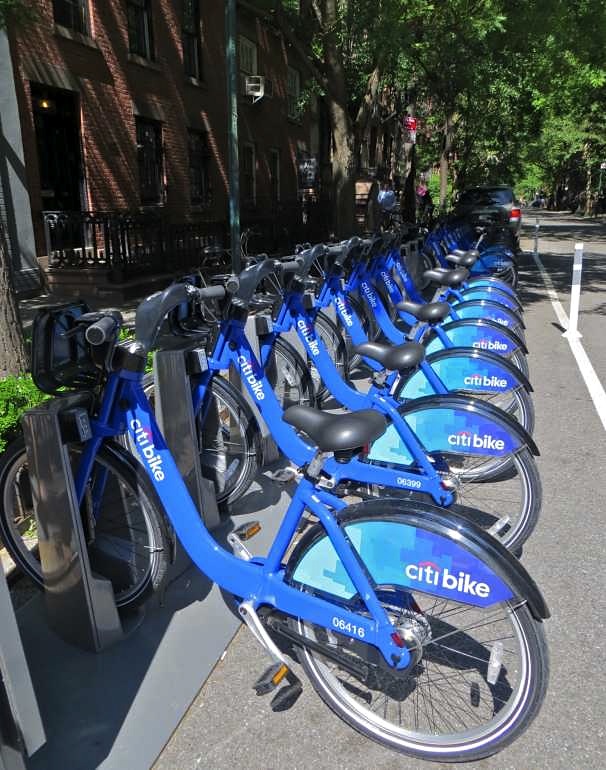 A while back I learned that the cruelty-free products I’d been using were no longer cruelty-free. Turns out China requires all beauty products to be tested on animals, so if a company wants to do business in China they have to torture innocent creatures first. Pretty much all U.S. companies have opted to torture animals. Terrific.

As I run out of various items I’m going to switch to a new cruelty-free brand. First up, moisturizer. I had switched to L’Oreal because it does the job and it’s reasonably priced, but they’re doing business in China so … I bought some samples from Paula’s Choice Resist line. I will report back!

Here is Bleeck checking out the samples. Sniff away little fur dude. These people have refused to hurt creatures like you. Thank you, Paula’s Choice. 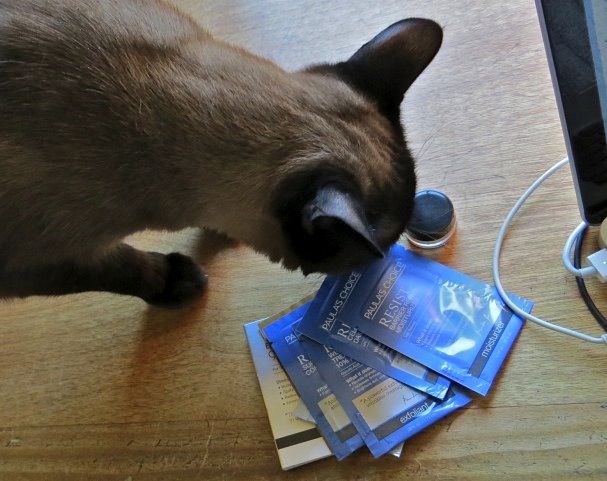 Tickets are still available for our Spring Benefit Party on Tuesday, June 11, from 6:30 to 9:00, which will be held in an AMAZING Tribeca PALACE (okay, not quite a palace, but close). For choir members and their friends, tickets can be had at the fabulously discounted price of $100.

One more time: you can sit this close and listen to this guy. Plus, raffle prizes! Food! Drink! 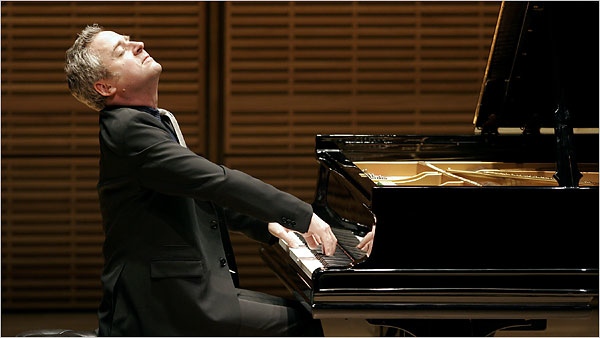 (The picture was taken by Jennifer Taylor for the New York Times.)