I was sixteen years old and so excited to see The Exorcist I took a train from Long Island into the city, where the movie had opened first. I went alone because I couldn’t find anyone to go with me and I couldn’t wait. Big mistake. The movie so completely terrified me I didn’t think I would ever go to a horror movie again. I’ll never forget riding back to Penn Station on the subway and looking into the faces of the people around me. ‘Anyone on this train might be possessed,’ I thought. Seriously. The movie freaked me out that much. Fear drove me temporarily insane.

Of course I looked up. I couldn’t resist. I watched one of the scariest scenes from the movie, the one where the little girl’s head turns completely around while things are flying through the air all around her. I watched that and I laughed.

It was a drive-in and I was seeing this without sound, and without sound the exact same scene was no longer frightening, but so over-the-top visually it was funny. It was the sounds that had scared me. It was an incredible revelation to me. The exact same scene! That is how powerfully sound effects you, I realized. It can take something that on the face of it is laughable and drive you out of your mind with terror.

I took these on the way to the Brill Building event at the Performing Arts branch of the New York Public Library. The Loser’s Lounge singers and musicians performed the songs division chief George Boziwick talked about and they were magnificent as always. This is the fountain at Lincoln Center. 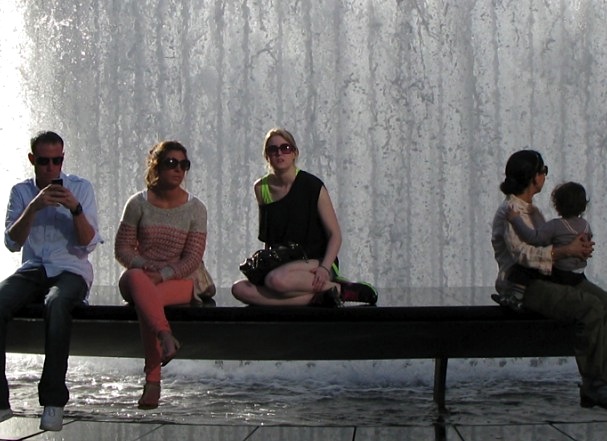 This was a wedding party passing through Times Square. 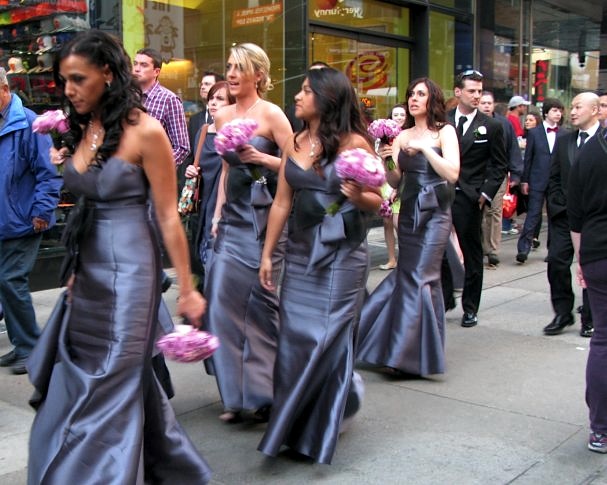 I hit “publish” before writing anything! This is Finney sleeping on my lap with his paw raised up in the air for no discernible reason. He just slept that way. Pretty cute, right? Or, evil even in his sleep? He is ready to attack even while napping. 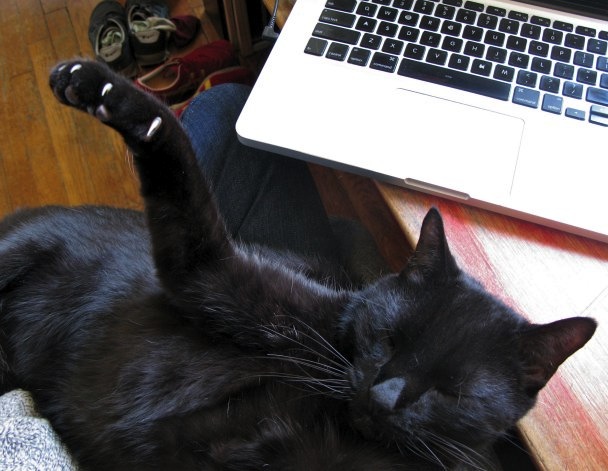 What shall I do? I’m doing a fun thing later, I’m going to an event at the Performing Arts branch of the New York Public Library called Sounds of the Brill Building. People from my beloved Loser’s Lounge will be performing, should be GREAT.

I’ve always wondered why all construction workers weren’t attached to some sort of safety wire like this. This is where St. Vincent’s used to be, the only hospital that was near me. The buildings are being tore down so condos can go up in their place. Terrific. 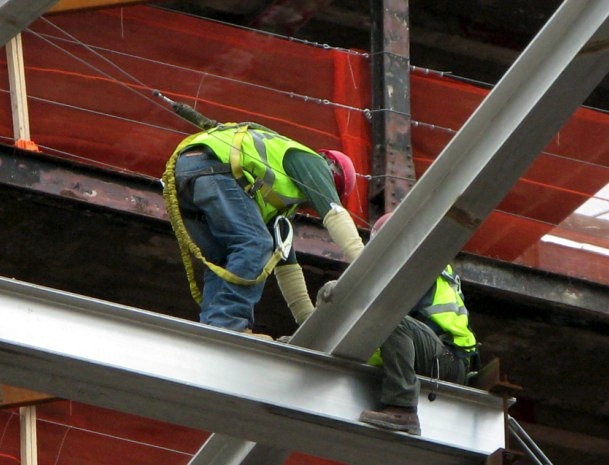 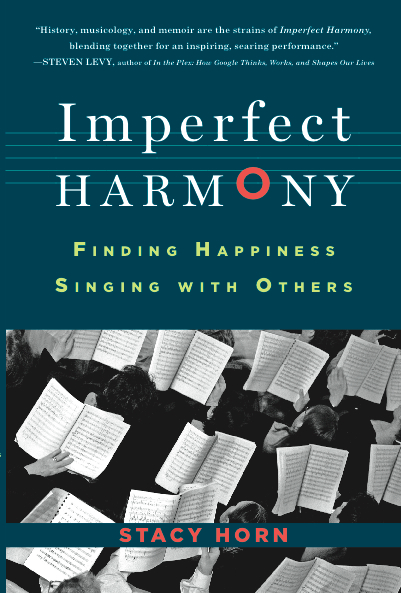 Chorus America (a choral organization for conductors, singers, researchers) just came out with a series of articles about singing and health (my book is mentioned in one of the articles, thank you Chorus America!).

I really feel a surge of interest in singing, and since choirs are one of the most accessible forms of singing outside of the shower, I’m feeling very hopeful about my book. Advance reviews have been positive!

“Horn beautifully captures the magnificent feeling of joining oneself to something larger, becoming something greater in harmony with others than solo. Like her beloved soprano notes, Horn’s love of making music soars through her book.” — Booklist

“Even if the only singing readers do is in their car, Horn’s story of finding happiness in choral harmony will leave them applauding for the encore.” — Library Journal

“Horn eloquently traces the evolution of ensemble singing … She writes movingly about how singing about death and simply breathing together bring a transcendent feeling of harmonious belonging.” — Publisher’s Weekly

This is the final cover.

I’m so tired. I got, like, no sleep last night, I’m unshowered, but the show Newsroom is filming in my neighborhood tonight. I should work up the energy, get into one of my usual barely-above-homeless outfits, and go out and watch. (I really need to buy some clothes.) Oh wait, do those signs say last night? Then why are the cones all still there?

Two dogs walkers. Please note the little guy who seems to want to get to know the biggest guy.