I have a book coming out in May, and I have to figure out what I’m going to wear for all the wonderful events my publicist is lining up (thank you, Jackie!). I think I can get away with buying a few tops. If they’re cute enough I can throw them on over a pair of jeans, put on a glittery necklace, and I’m good to go. Right? I’m going to wait until the end of April to shop.

I loved this dress in the window of Cynthia Rowley’s store on Bleecker. I don’t want it for my book events, I don’t want to own it, I just appreciate it. 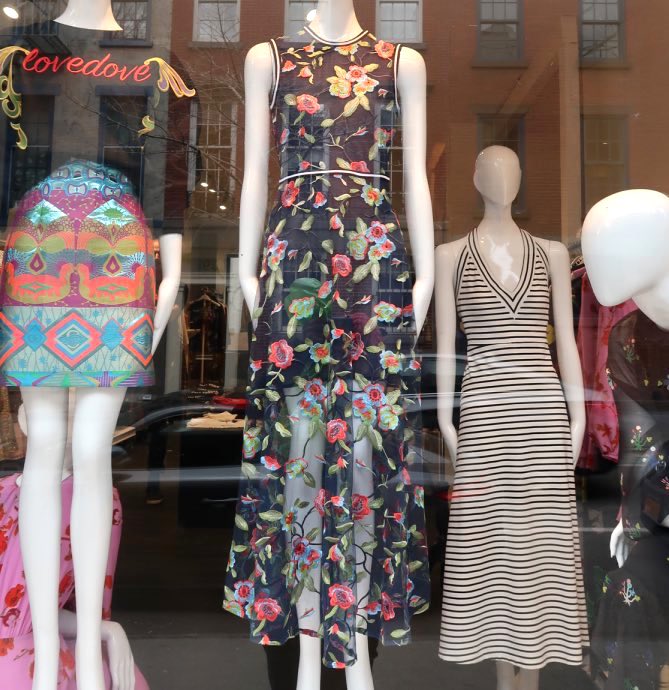 A Banksy artwork was stolen. He’d painted a rat in the now missing clock (on the corner of 16th and 6th). Bastards. It reminds me of the people who ripped the Keith Haring drawings off the subway walls in the 80’s. I understand the impulse. I wanted to have them too, and considered taking them. But I decided they were supposed to be for everyone.

They’re worth a fortune now, and likely the people who took them are congratulating themselves, and rationalizing what they did by saying they saved the drawings from eventual destruction. Which is probably true. But they’re still greedy, selfish bastards. 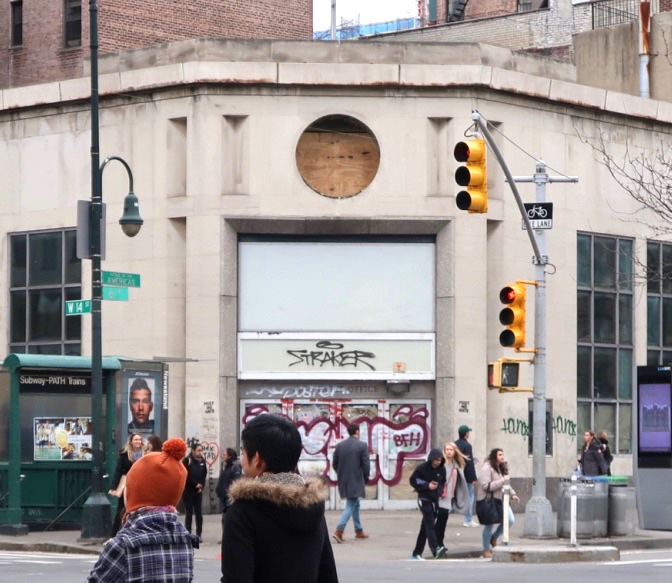 I was just saying this on Facebook, but as a former kid who marched for women’s rights, civil rights, and against the Vietnam War, I can’t tell you how much hope this march gives me.

I’ve often felt sorry for younger people today, the way that they are pushed to achieve from the time they are born, but now I’m seeing the plus side of this. This is just the beginning, but already I see that they bring a certain determination and intelligence to their protest that I didn’t possess at the time (and I’m only speaking for myself there, we had very impressive leaders at the time too). I’ve been waiting for them to step up, and just look at them.

I’ve felt such despair lately but maybe we’re going to turn this all around.

I had planned to march but I got a shift at the ASPCA’s hospital and I had to take it. But the subway on the way to work was packed with people on their way to the march. I sat next to a women who said she was a teacher and a mother so of course she was marching. 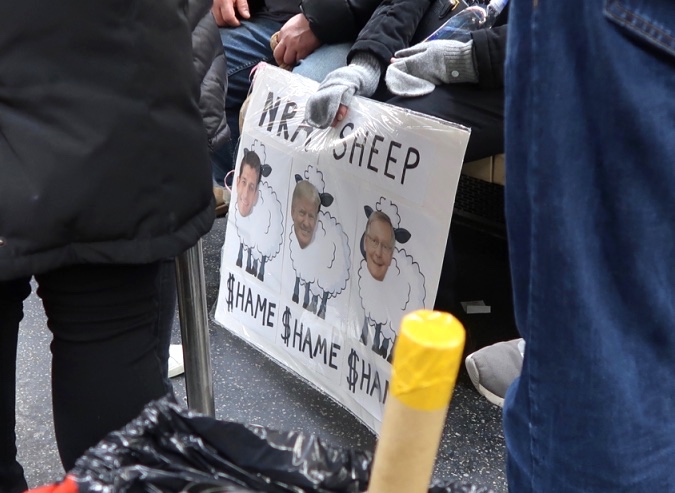 Doesn’t this front door make you want to go inside? It’s like a secret garden of a building. 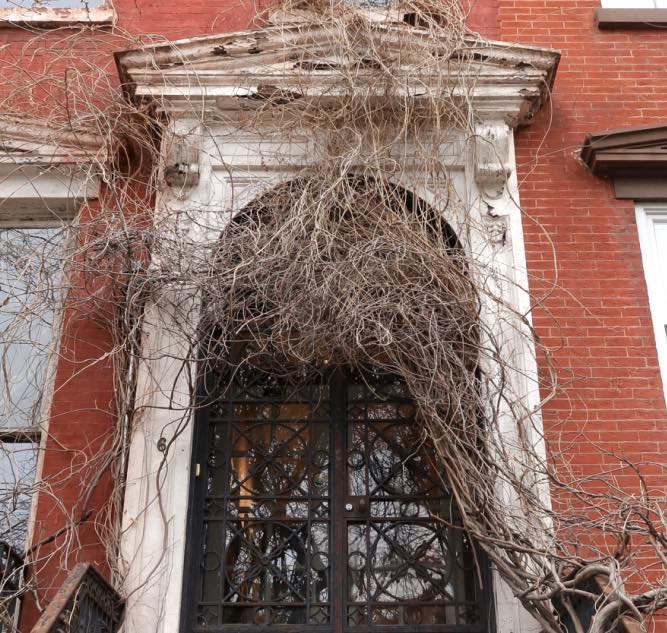 Cutting through the park and heading towards Leroy Street, one of my favorites in my neighborhood. You can’t tell from this shot, but every building has that 19th century old world charm and elegance. I would love to live on Leroy Street but the south side is taken up by a public library, a city gym (where I swim) a handball court, and then a park. It must be one of the nosiest blocks, except it never seems that way when I’m passing through. How can that be? 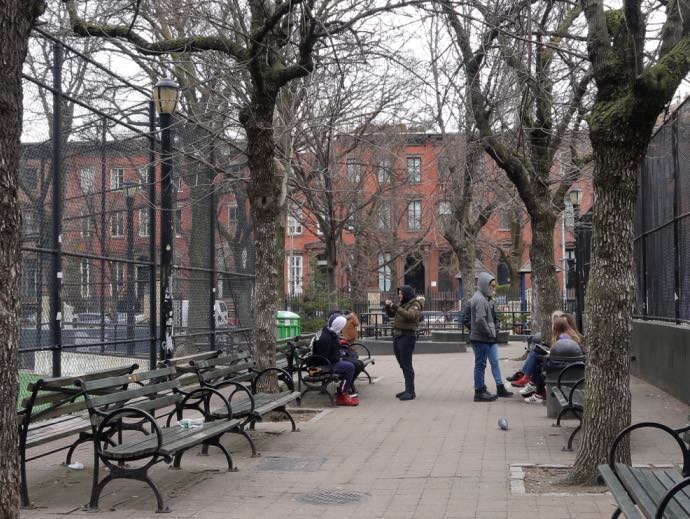