The other day on Echo the topic was: haircuts we’ve never forgiven our mothers for. This is mine. I was 12, and right before leaving for what was my first vacation ever, my mother took me to get what was called a Sassoon haircut (it was made popular by Vidal Sassoon).

I was traumatized by it. We went to the Bahamas, and I was mistaken for a boy everywhere I went. People called me “young man.” It killed me. Plus, I developed a HUGE crush on a guy we met there, but he liked the other girl in the picture, who was the daughter of my parent’s friends who went with us (and my future step-sister years later when my mother married her father!) The boy was 16, I was 12, and I didn’t understand how much of a kid I was to him, but still! Plus, how do I put this delicately? An important life change took place for me during that vacation, which made me able to get pregnant, wink, wink. I felt like the female version of Samson whose powers had been shorn with his locks.

Looking at this picture, I think the cut is actually kinda adorable, but that doesn’t let my mother off the hook!! (May she rest in peace.) 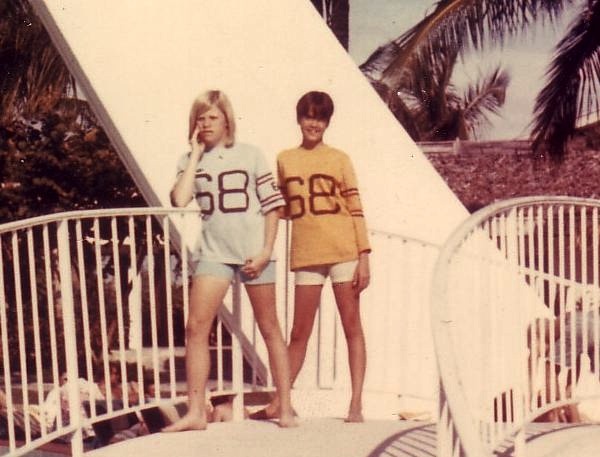 I can’t get it to focus properly.  More pictures of the earrings from Nora!  The one on the left doesn’t capture the color of the stone, but I do think it manages to convey a little bit of the mystery. The one on the right does gets the color mostly.  I love that one blue stone among all the red.

I’m planning a trip to the Library of Congress for next week, before our GOVERNMENT SHUTS DOWN, but I need my camera and I don’t know if I’ll be able to get it fixed in time. 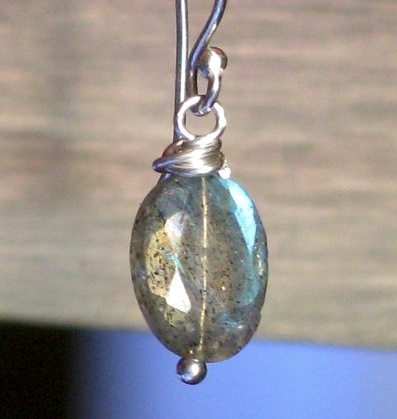 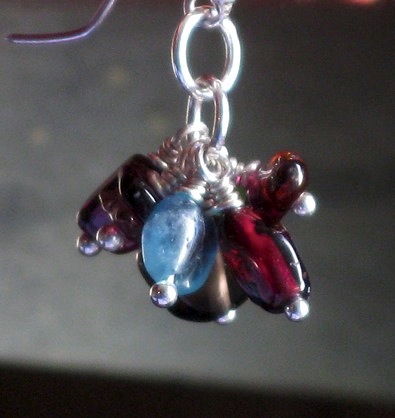 Thanks to babergcat, aka Betsy, I’ve lost most of my morning looking at a mother eagle feeding her babies. You can say goodbye to getting any work done here. 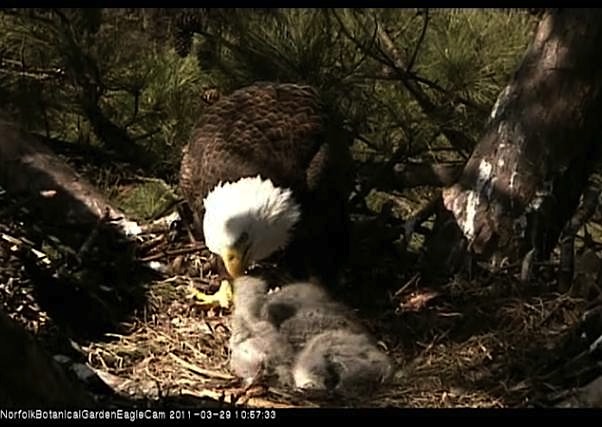 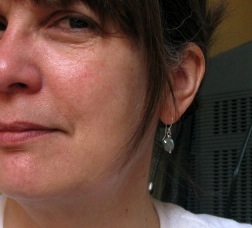 Ohmygod. Every once in a while the readers of this blog send me very nice things in the mail, Citizen Reader sent me a great big box of homemade Christmas cookies and other treats last December! So Nora was visiting here from Canada and we were supposed to meet for lunch, and she CANCELS on me (she was sick) and a few days later—PRESENTS!!

She made three pairs of earrings for me!! I love them all!! Here is the pair I put on first. The stone is labradorite she says, and this is my new favorite stone. It’s a different color at every angle, very sparkly, and it looks like there’s stardust inside. I’ll photograph the others when I’m cleaned up. (I literally rolled out of bed and took this.)

I need to shoot a close-up of these so you can really see the stone. THANK YOU, NORA!!

Do I really want to turn around to see what he’s looking at?? (It was invisible, whatever it was.) I need a good, escapist, curl up on the couch book. That’s what I feel like doing at the moment. 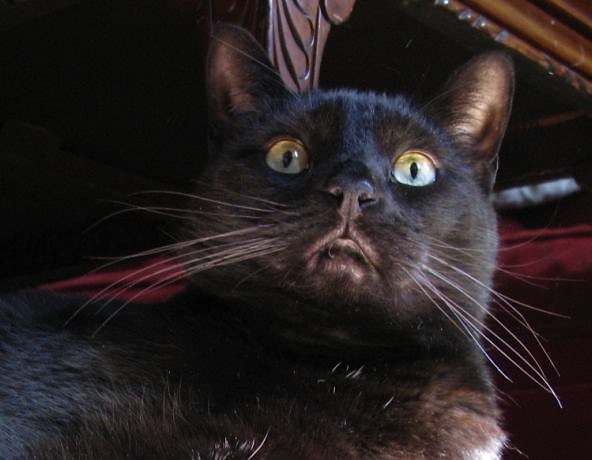