Here are a couple of pictures I took. The second was in Sheridan Square, where they had stopped traffic. 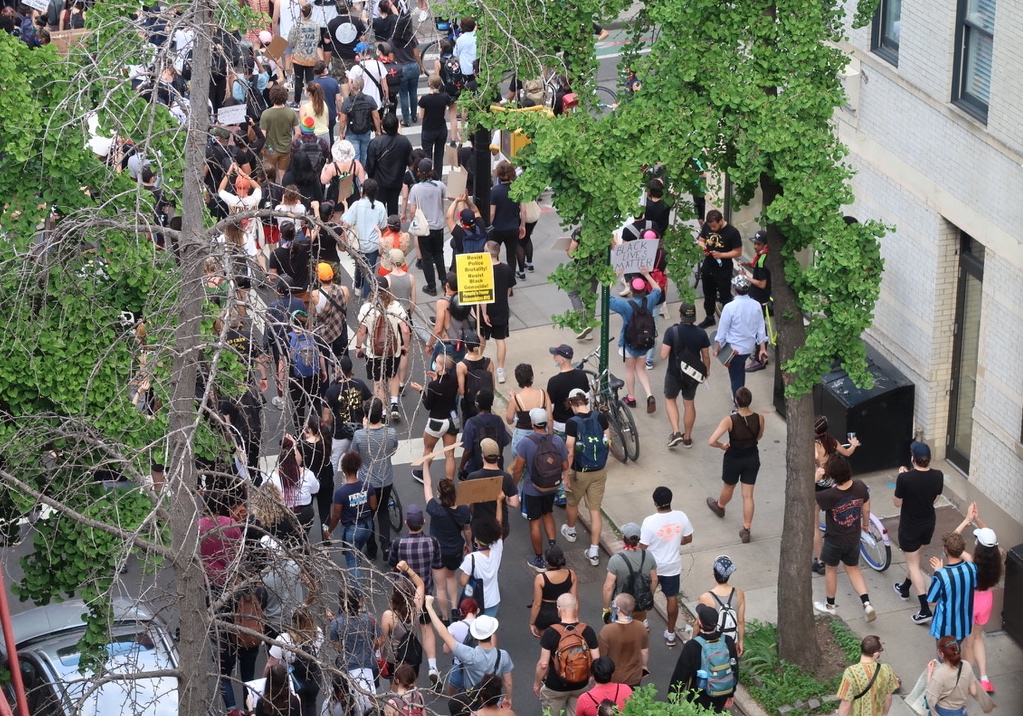 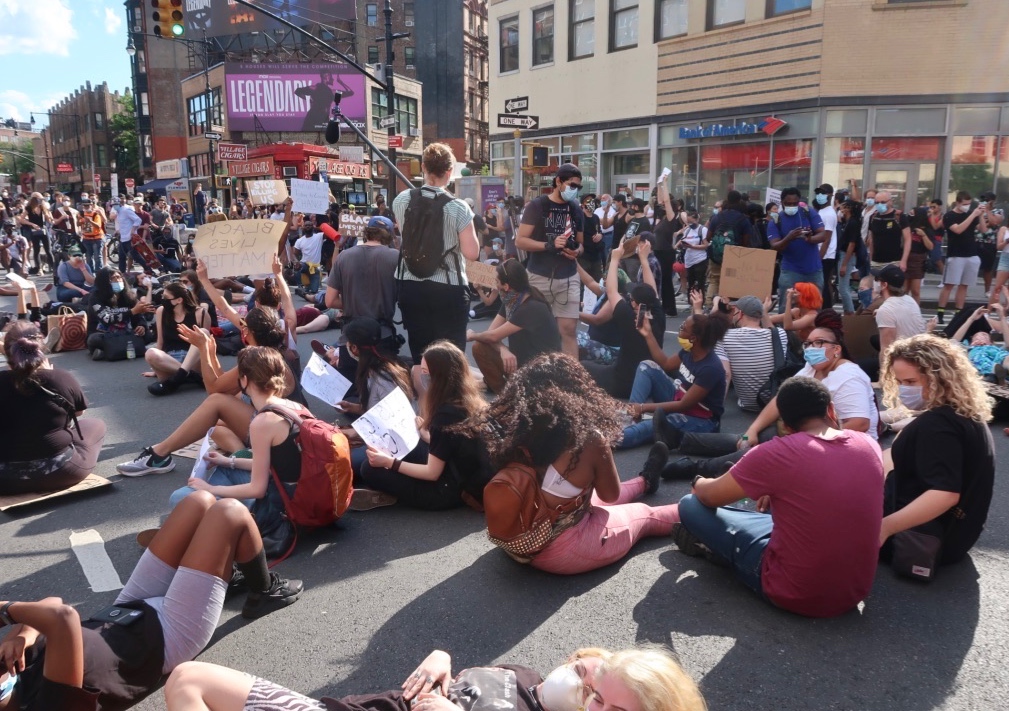 I’ve posted about Ream Constance Hoxie several times over the years. Ream was a 17 year old New York girl who was murdered on February 4, 1920. The folder containing her case was in an old boxed marked “1921,” that was tucked away and forgotten in an NYPD warehouse. I mentioned her very briefly in my book The Restless Sleep.

Ream was murdered in her home on West 89th Street somewhere between 3 and 3:30 in the afternoon. She was hit in the head with a hammer seven times, shattering her skull, and raped. In their notes the detectives referred to her rape as having been “mistreated”.

I don’t know why it should matter, but I have always wanted to see her face. I’ve read all the case files, researched her, wondered about her, grieved for her. But I also felt enraged that on top of having her life taken away so brutally and at such a young age, she was completely forgotten. I guess seeing her face would make her a little less abandoned by history.

I noticed that someone viewed all my Ream Constance Hoxie posts yesterday, and I decided to take another look. Every year more and more historic materials are digitized and you never know. Well, sure enough, I found a digitized article written 16 years after Ream was murdered. The reporter was comparing her death to a recent murder. In the article was a picture of Ream.

I finally found her. Life can be so unfair, and of course it’s not unfair equitably. Some people suffer more than others. 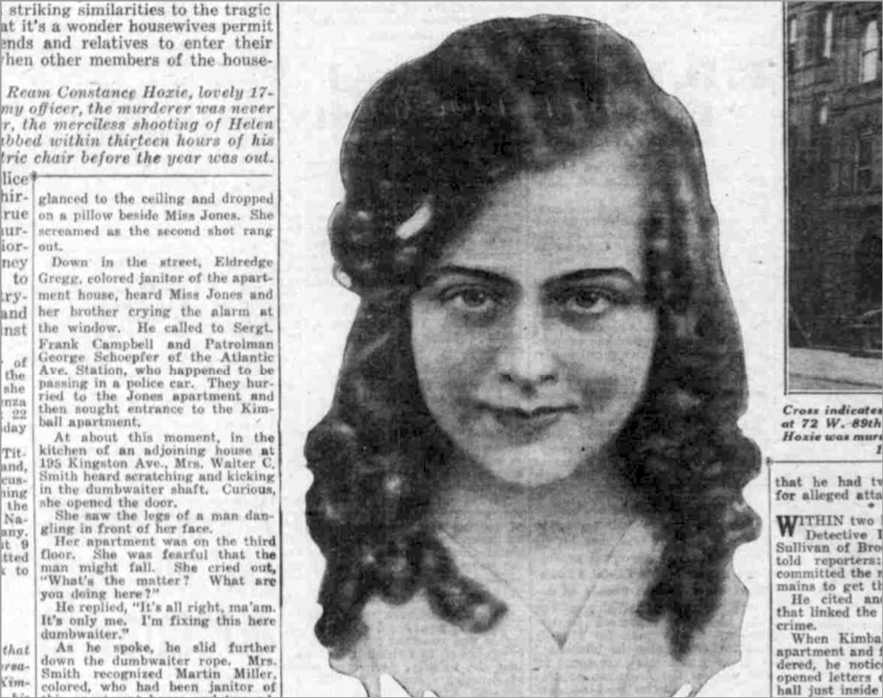 I was meeting a friend for a socially distant slice of pizza and I took this picture of a corner of my block, because the sky was blue, the clouds billowy, and you can see a glorious expanding ginkgo tree. Still alive! Yay! (Does she mean the tree or herself? Both, I guess. And everyone I know, although sadly not the relatives of people I know. This virus is a monster.) 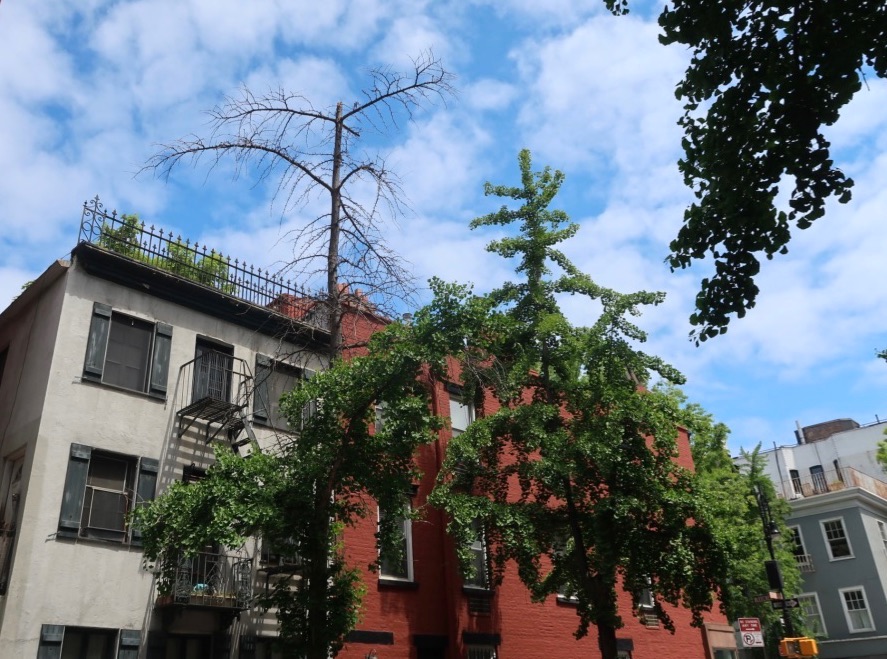 Normally, when fighter jets are going to fly over New York City we get a warning. We’re rather sensitive about low-flying planes in these parts. But for the past few days I’ve heard them zoom past at least two or three times a day, and we haven’t gotten any word about what is happening. The lack of word is very unnerving. What don’t they want us to know?

I walked to Central Park and back yesterday, to have a visit with a choir friend. That was great, and much needed. And I got a present of homemade pumpkin bread! The city is still basically empty, but it was a lovely day and there was a little bit more activity. The military were present in Times Square, mostly Navy. It looked like a photo-op. 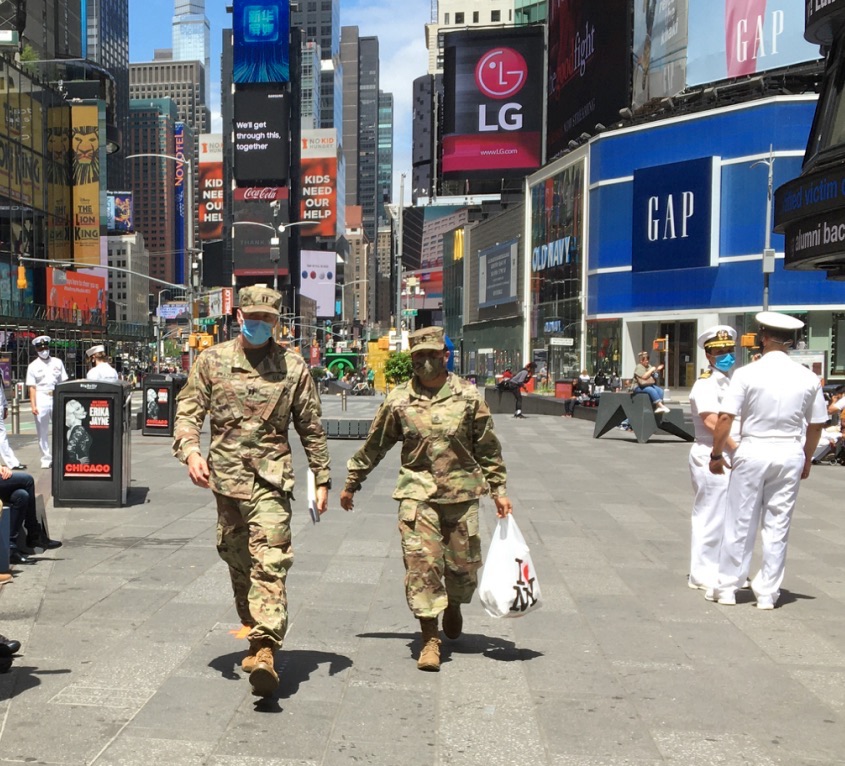 A friend sent me two masks she made and I took some pictures. Obviously my favorite shot is one with a cat. You can also see the great Exploring Space book my sister-in-law Karen gave me. I love the cover! 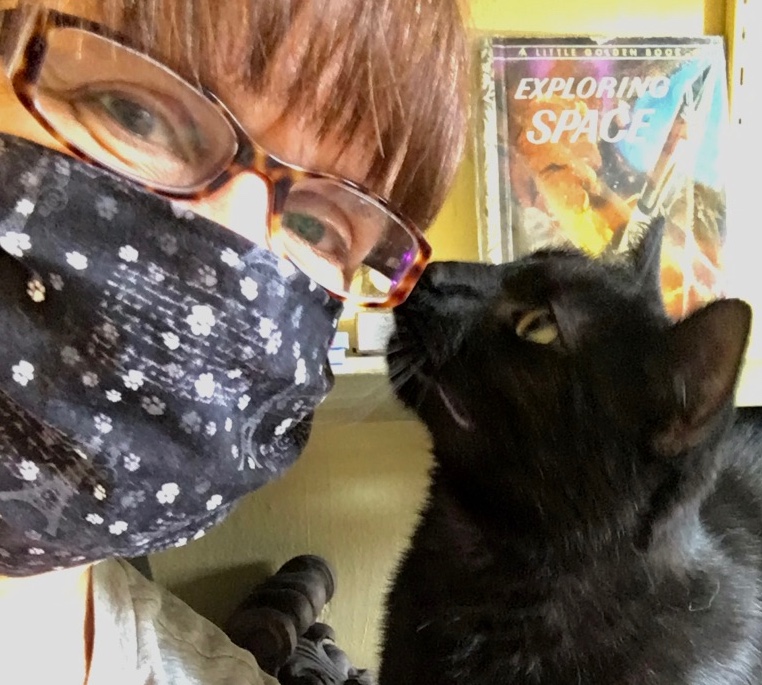