I just came across this shot I took of me and Bali, one of my cats. I guess this is the kind of love most people reserve for their children but I do love my cats. We lost two kittens at the animal hospital where I work, and their deaths really hit me hard. Oh god. I keep seeing them! I’m trying to neutralize that by wallowing in my living cats. 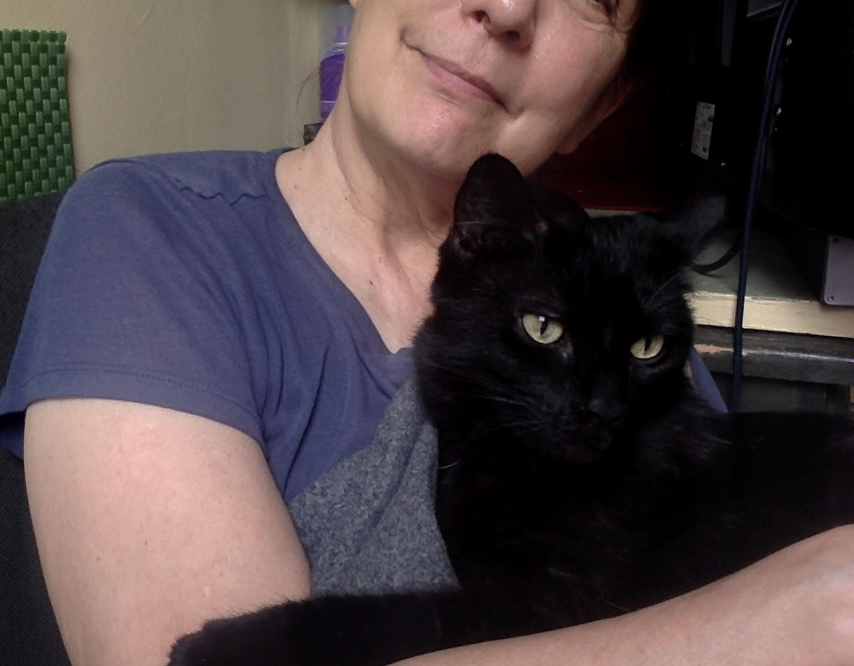 I wrote about the unsolved murder of Jean Sanseverino in my book The Restless Sleep. The neighborhood where she died has certainly come up in the world. At the time Jean was murdered this was an apartment building for low income renters and the neighborhood was packed with bars and mobsters. “We weren’t allowed to walk down State Street,” a woman who grew up nearby remembered. (From my book.) Jean lived there rent free in exchange for light housekeeping duties and was thrilled with the arrangement.

I watched this film closely, having seen the original police photographs (and I was in the building around 2005/6). It’s just such a beautiful home, and if I lived in it I’d consider myself one of the luckiest people in the world. But it still got me seeing him walk through what for me was the crime scene. In my mind I was seeing it as it looked on that terrible day in 1951.

But look at the building now. If you have six and half million dollars, buy it! The whole block is beautiful. At the time I wrote my book the Brooklyn Botanic Garden held a contest for the Greenest Block in Brooklyn (I believe it still does) and the block where this building is won first place in both 1998 and 1999, prompting the contest organizers to make the rule that no block can win two years in a row. “From a horticultural and aesthetic perspective, that block is one of the most beautiful blocks in New York, not just Brooklyn,” (Ellen Kirby, of the Brooklyn Botanic Garden at the time).

Sarah Jessica Parker is opening a store for her line of shoes about fifty feet from my apartment. I don’t wear heels so these shoes will not be a temptation. That said, I hope to see very pretty windows filled with very pretty to look at shoes. 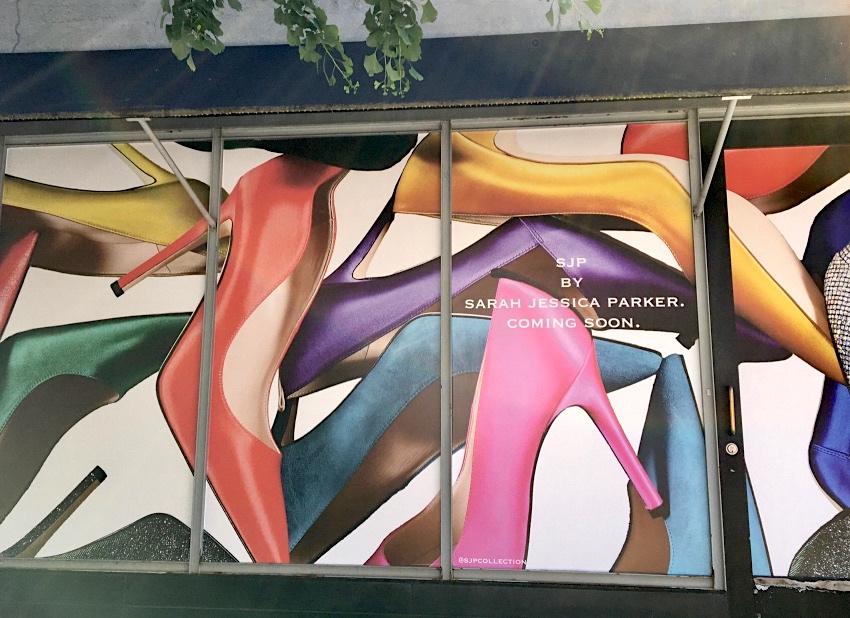