Earlier in the year Lynn Morecraft paid me the enormous compliment of asking to use one of my photographs for a painting. She just sent me jpeg of the painting and gave me permission to post it here! Here is the photograph. 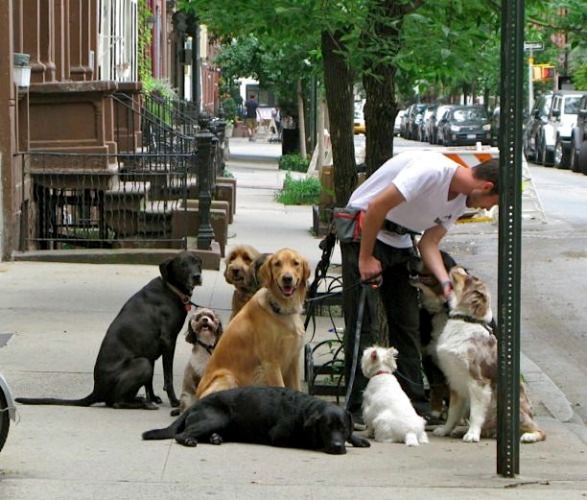 And here is her painting. Isn’t it wonderful?? She titled it “Dog Love, NYC” and it’s going to be in a show next month called Dog Days of Summer at the Bainbridge Arts and Crafts Gallery on Bainbridge Island. I see that among other changes two dogs were taken out and the breed of the one on the far left was changed. I love her version and the cropped in view. It’s sweeter, and more intimate. Great work, Lynn! And thank you for sending the jpeg. 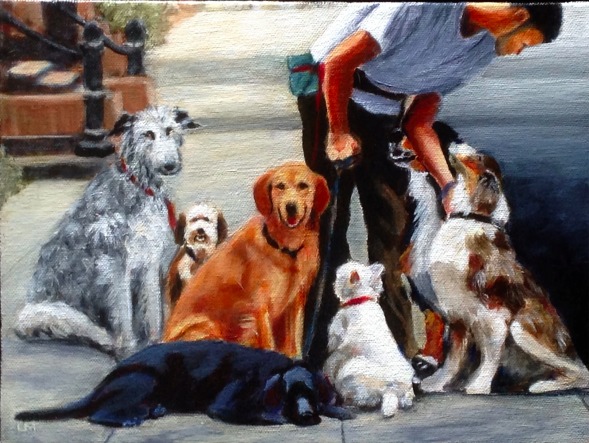 I don’t know what took me so long to get around to reading it, but Helene Hanff’s Underfoot in Show Business is now my second favorite Helene Hanff book (Hanff is the author of the more well-known 84, Charing Cross Road). Thank you so much for sending it to me, Citizen Reader, I love it. That chapter which ends with Alfred Drake taking the stage to sing, “Oh what a beautiful morning,” made me cry.

It describes a New York that’s both long gone and still exists. The theatre has lost it’s place of prominence in New York, although it still has its moments, and the great writers now seem to be working in TV (something that started to happen in Hanff’s time). But there’s still that urge towards great art, and creative people still struggle the way they struggled in her book, finding all sorts of ways to find shelter, eat, and get dressed.

It is making me fall in love with the City all over again. I’m also so happy with the handwritten inscription. After Helene Hanff’s, which begins “To the Reader,” someone named Molly wrote this:

To this particular reader:

Thank you for bringing me and Helene together, two souls who love the big city, books and show biz —

I’m not making this up, but the book proposal I’m working on mentions the fact that when I’m buying used books I looks for books with personal touches like this. I wonder who Molly is. Is she in show biz? Did she make it? 1981 is the year I moved back to the City after college, so we would have been starting out at roughly the same time. What happened to her??

Stacy’s Law: If you’re downtown walking dogs, I cannot resist taking a picture of you. 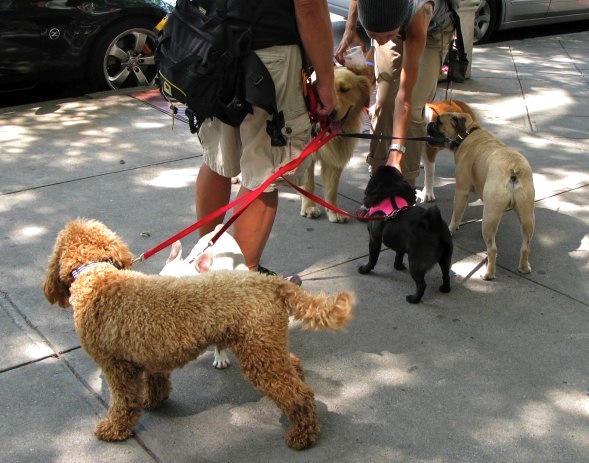 NYPD helicopters started filling the sky outside my window (I live a block away from the 6th Precinct) and I just learned why: two U.S. marshals and an NYPD detective were shot in the West Village, on West 4th Street. The suspect is dead, I just read. The detective and the marshals were there to issue a warrant and their injuries were not life-threatening.

This is outside my window. 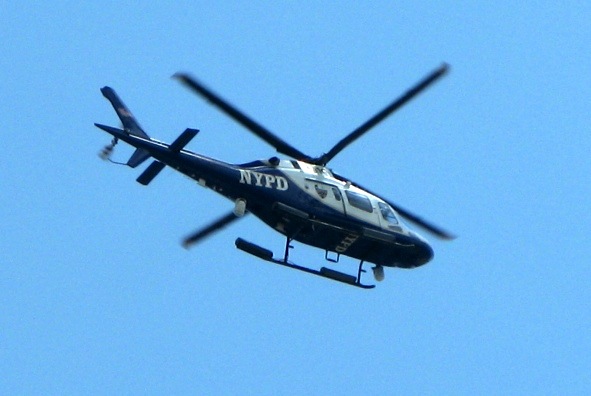 Penn Station at night is one of the most depressing places in New York. When I get off the train from Long Island and climb the steps I always walk into this palatable wall of all-is-lost, give-up-now. I remember how in my youth my friend Chris and I would invariably miss the last train back to Long Island and we’d have to spend the night there. Only the young and sturdy can withstand passing a night in such relentless bleakness. Bad light, perpetually dank, and filled with dead-eyed people who seem to be waiting for it all to just be over.

It’s such an incongruous portal to NYC, which is a multi-colored explosion of anything is possible. When I climb the steps at my subway stop in the West Village, the light glimmers warmly and I feel like I’ve made it to one of the most magical places on earth. Lucky me!

So the goal is to get out of Penn Station and home as fast as humanly possible. I’m always faced with the same gamble: go left and try one of the 8th Avenue subway lines, the A, E or C? They’re closer, and these days they are packed with kids in their party outfits talking loudly non-stop, because it’s Saturday night! They will get off at my stop, switch to the L, and head out to Brooklyn, which is the place right now, especially for the young. Also, the A train is fast and Heaven is only one subway stop away.

The 7th Avenue lines to the right, the 1, 2, or 3, are far, far, away, but for some reason those trains feel more like home to me. Maybe it’s because the first thing I see when I leave the subway is a pool hall I used to play at when I was in my twenties and still feel great affection for. Also, the corner of Christopher and West 4th, which is closer to my apartment, is residential and intimate vs the very commercial and brassy corner of 8th Avenue and 14th. I almost always go right.

But last night I rolled the dice and went for the A, E, C. The universe shined down upon me. The A rolled right in and within minutes I was climbing the steps to almost-home. Lucky me! The Village is quieter these days, but it still sparkles.

I have an on-going contest with myself whenever I go out to Long Island, to get a great shot—from a moving train—of the Prospect Cemetery in Queens. Here’s what I got yesterday afternoon. Okay, not so good. I got a better one in 2012. It’s sharper. But it doesn’t show as many graves. 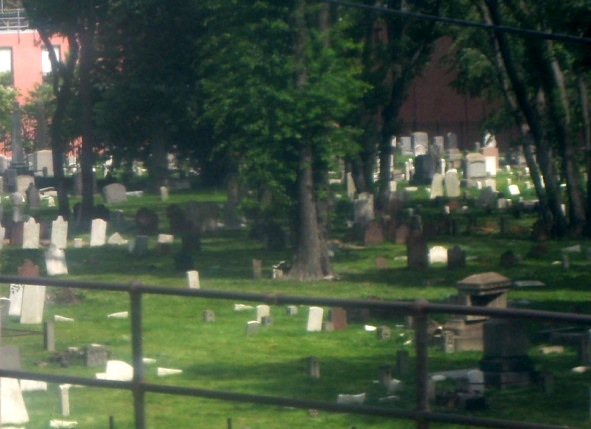 I just watched Finney walk into the kitchen. It breaks my heart the way he walks. He has arthritis in his back legs and hip area and he walks very slowly and with a limp. Poor old guy. Plus, I feel bad for bringing The Devil into his life (aka Bleecker).

I feel bad about Bleecker because he only eats dry food, which everyone says is bad, and I haven’t been aggressive enough about getting him on wet food.

And here he is, The Devil himself, in a rare quiet moment. 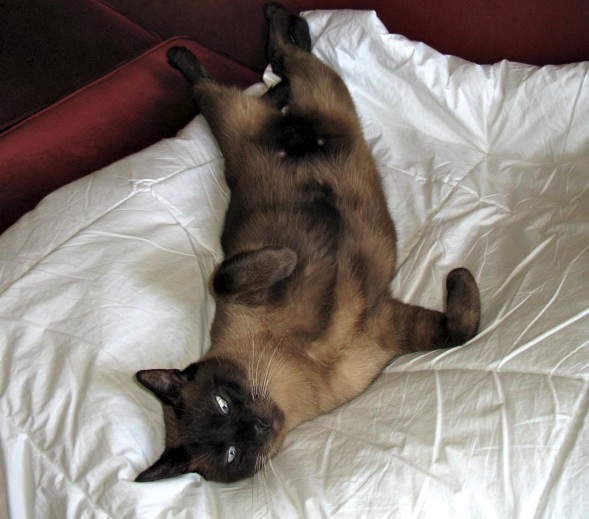