I just finished Vivian Swift’s new book, Gardens of Awe and Folly: A Traveler’s Journal on the Meaning of Life and Gardening. God I love Vivian Swift’s books. They are enchanting. Later, just a few hours after finishing it, I was staring into a garden around City Hall and the Tweed Courthouse. It was night and fireflies came out. I never see fireflies, I was so thrilled, and it was all so magical and lovely and I thought, I’m having a Vivian Swift garden moment! Which was also a moment of saudade (she explains this in the book).

I’m trying to think of a way to explain what it’s like reading her writing. Her other book When Wanderers Cease to Roam has this same effect. I’ll just go with explaining the after effect. When you put the book down you’re left with the feeling that everything is going to be okay, even if and when bad things happen. And there is beauty and mystery everywhere and remarkable moments can happen at any time.

A photo shoot I passed by recently. An assistant is arranging the model’s hair. I love how her crown came out kinda glow-y. 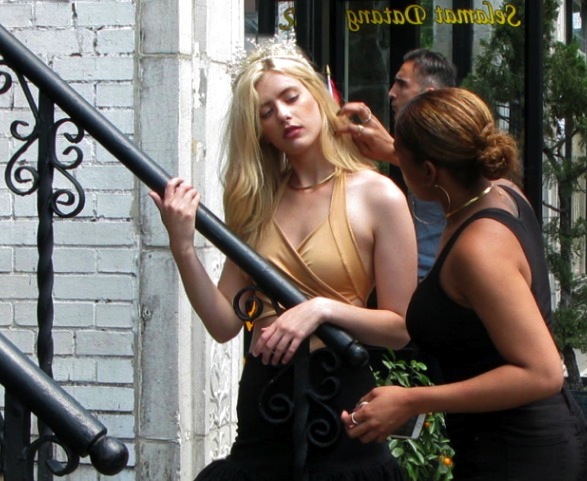 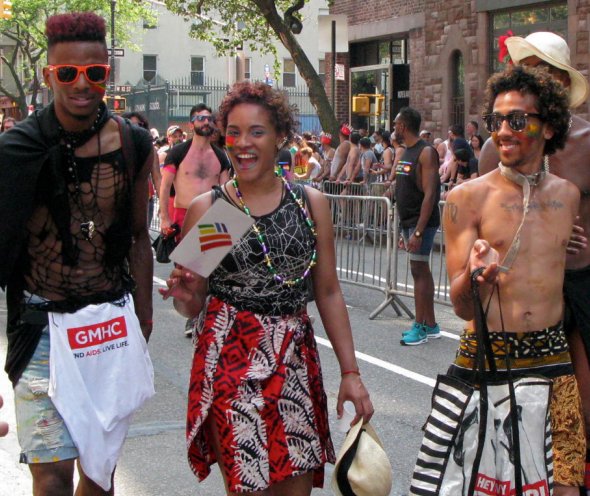 A spontaneous twerk-off erupted between the paraders and the crowd. 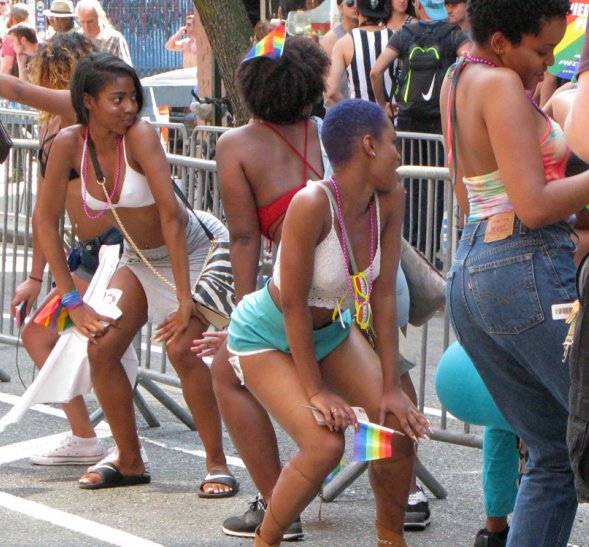 I love everything about her look. 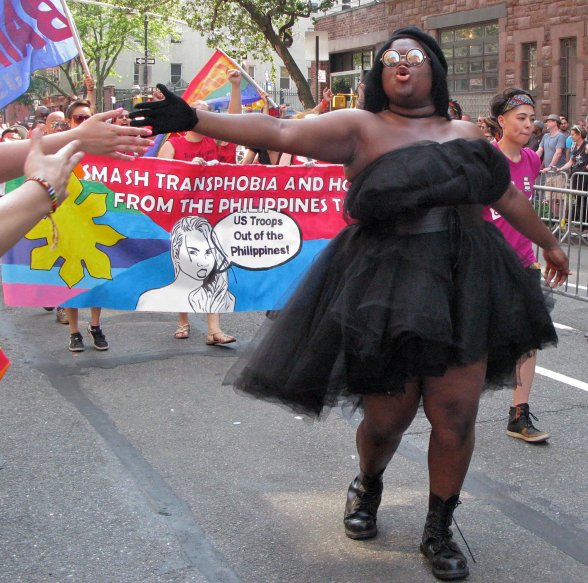 I got there too late to get anywhere near the Parade, alas. Honestly, I also didn’t have the energy to fight my way through the crowds. But there was plenty on the sidelines to see and cheer. First up, this boy. Let’s all adopt him! 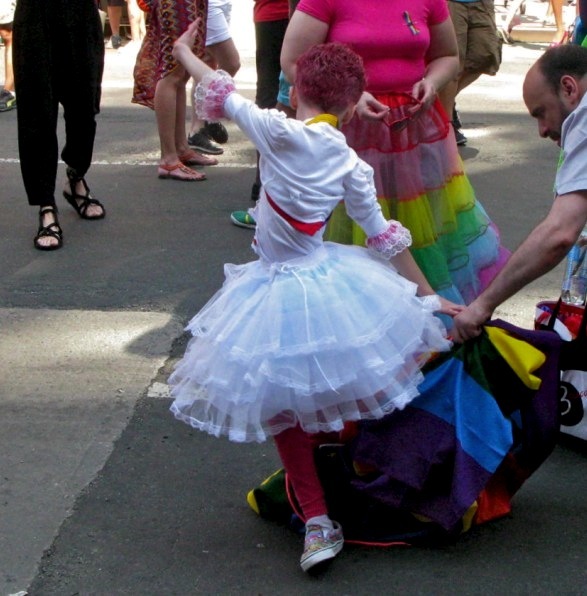 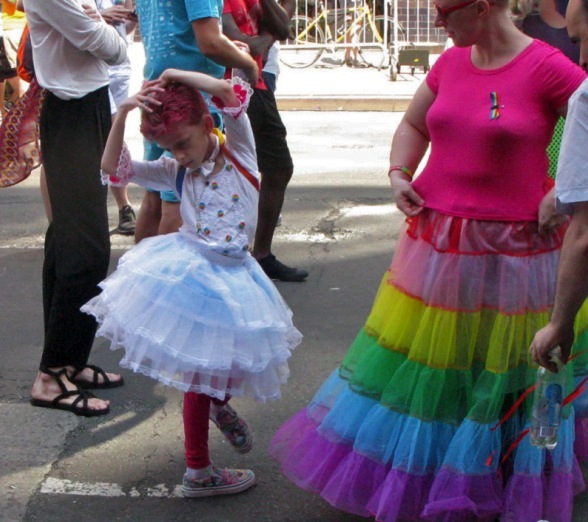 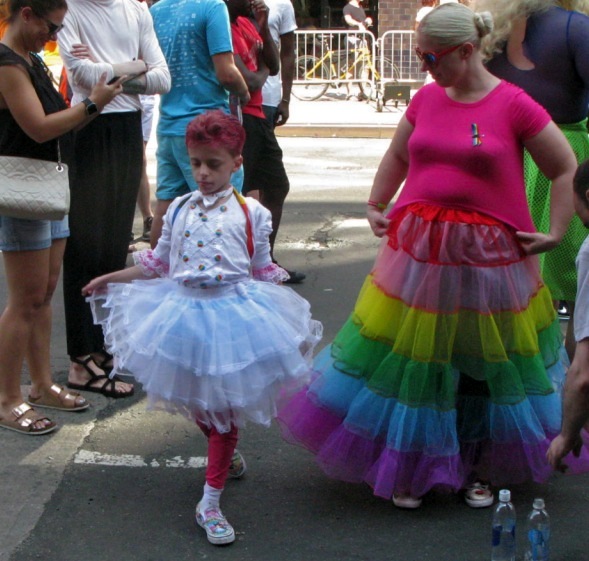 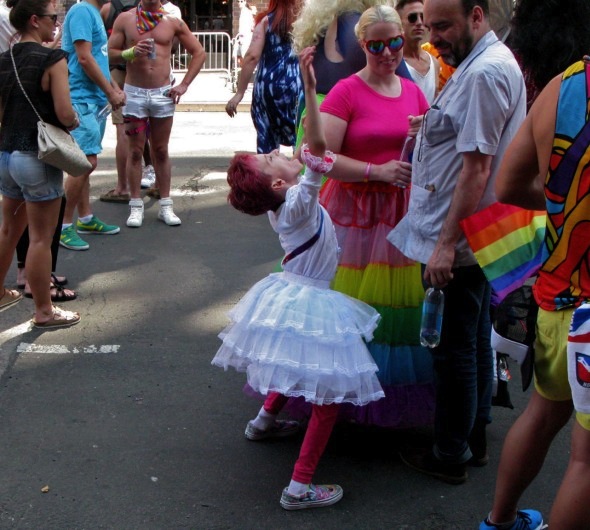 The Gay Pride Parade is today, and I’m trying to decide if I should drum with my old band, Manhattan Samba, who will be marching in the parade, or just watch and take pictures? I’m pretty sure laziness is going to win.

Took this last night. I was taking a picture of the barricades they were putting up and then I saw the opportunity to get a cute dog in the shot. Hello puppy! 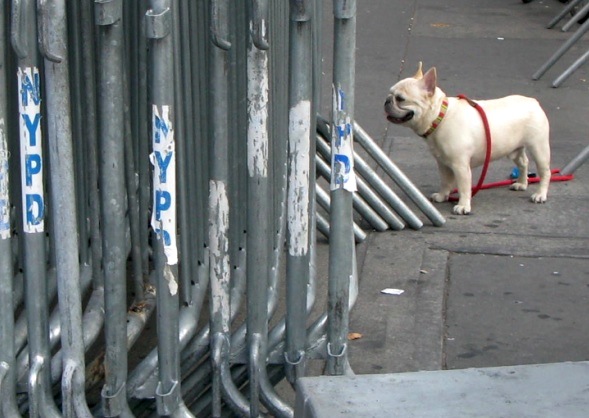 And my heart breaks yet again, as a beloved tv show says goodbye. I have to say though, that was one of the most emotionally satisfying finales I have ever seen. Incredible work from everyone involved with this show (actors, writers, crew). Thank you so much. I will miss you all terribly. I ask for the millionth time, why must everything come to an end?? If you love something, you’re going to lose it some day. Guaranteed. I think we can all agree that sucks.

Also, as far as I can tell this show has never gotten a lot of critical attention, but it really evolved into an amazing work of art. I was just remembering how much I hated, HATED, the character Root. She started out as a bad guy, and Amy Acker is such a good actress I couldn’t bear watching her. I wanted her character killed off as soon as possible. But they brought her back and she slowly became a good guy, showing how redemption is done. Every character showed this actually, but I had forgotten how much I hated her. Anyway, sigh. Sob.

A pile of sleeping cats on my desk. That’s two heart breaks in my future unless I go first. 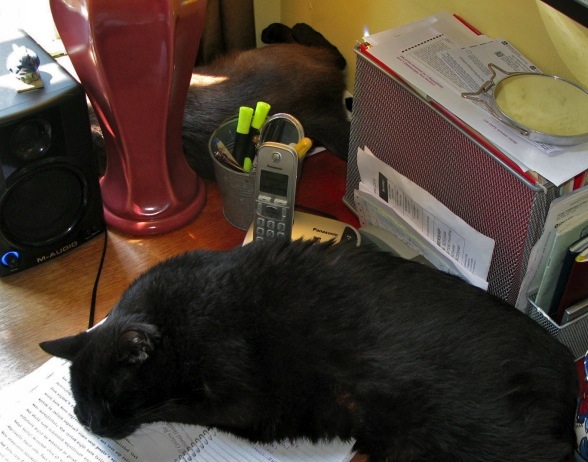