St. Luke’s Place is one of my favorite blocks in the Village. I almost moved here when I first moved back to the city after college (but the available apartment was not ideal, alas). With these pictures I tried to capture how lush and green it is.

It’s simply magical. I’d love so see all of these apartments inside. On the other side of the street is a ball field, a branch of the New York Public Library, and the outdoor pool for the city gym where I swim. It seems like it might be too loud with all that, but it never feels loud when I walk down the street. 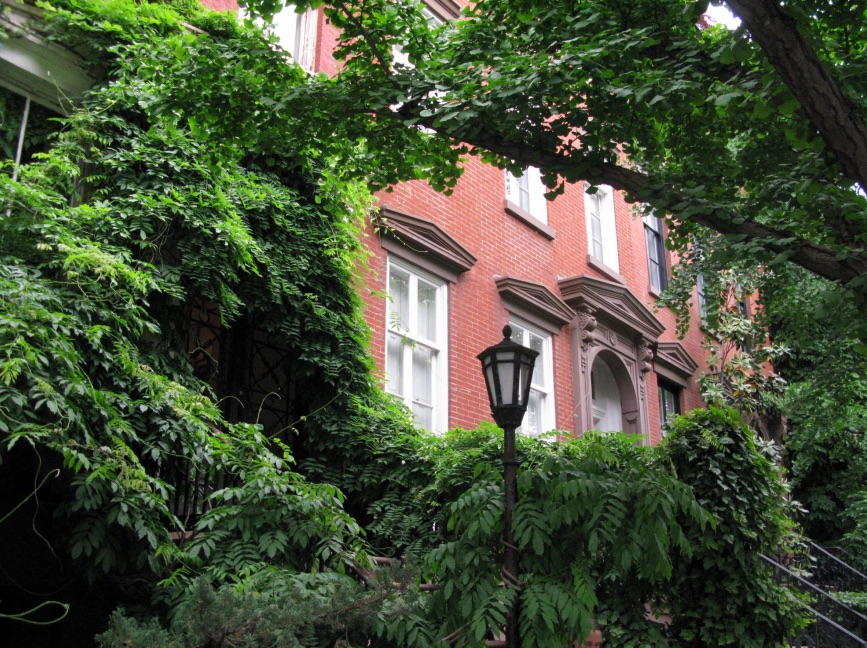 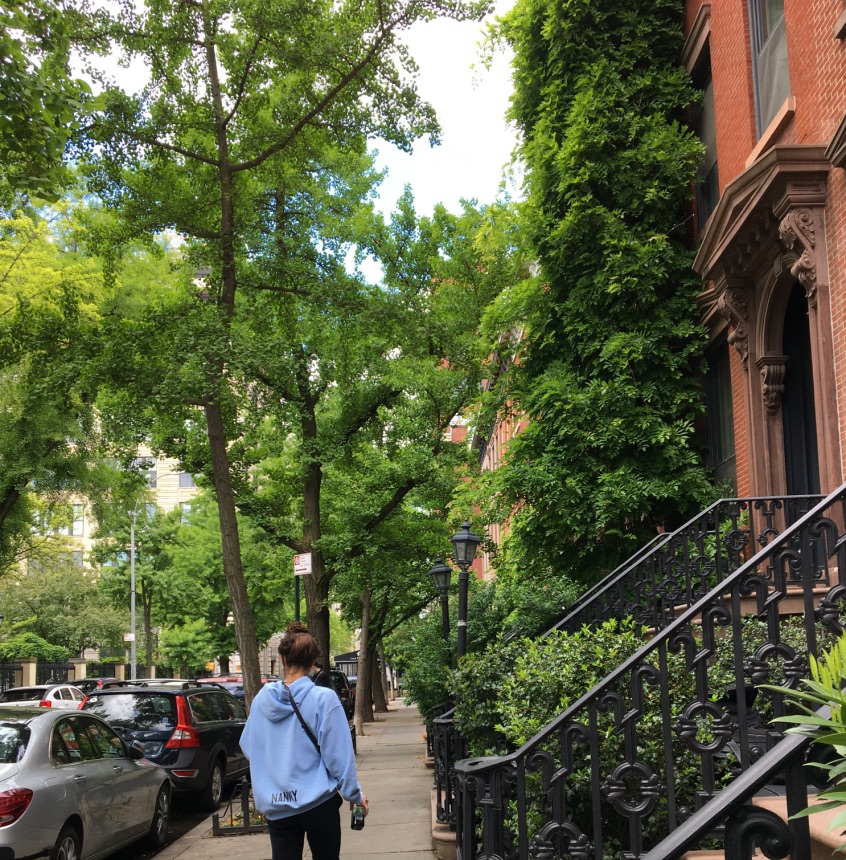 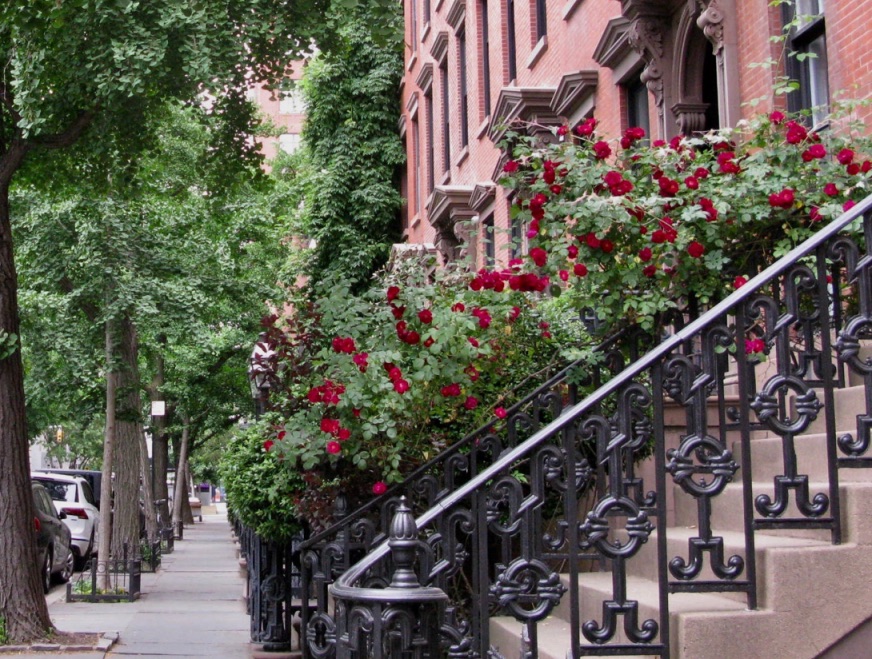 I can return to work on June 21st. After a year of free time I get … more free time. And pain! I’m fine actually. It only hurts here and there. I need to come up with a good plan for how I will spend this time. 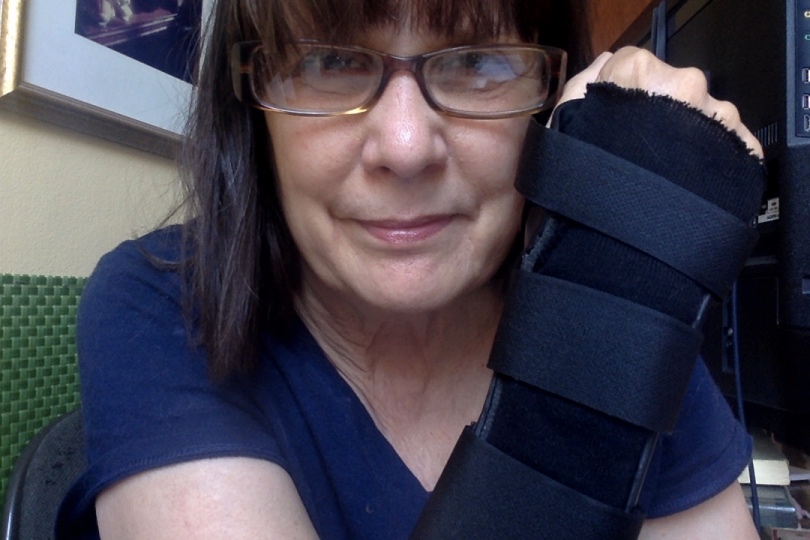 Ugh. It happened Monday afternoon, and was the result of doing something very stupid while exercising. The ER found one minor fracture, but they wanted me to followup with an orthopedist to check an area they couldn’t see. Since that was where it hurt the most I was pretty sure the orthopedist would find another break. I’ll know later today, but it started feeling a lot better yesterday, and even better today, so maybe there isn’t another break!

I’ve been taking it easy with exercising though. Yesterday I took a long walk, and today I’ll probably do some low impact something. Or nothing at all! What do you think about that, poor-judgement-while-exercising self?

A photo shoot I passed by on my walk. 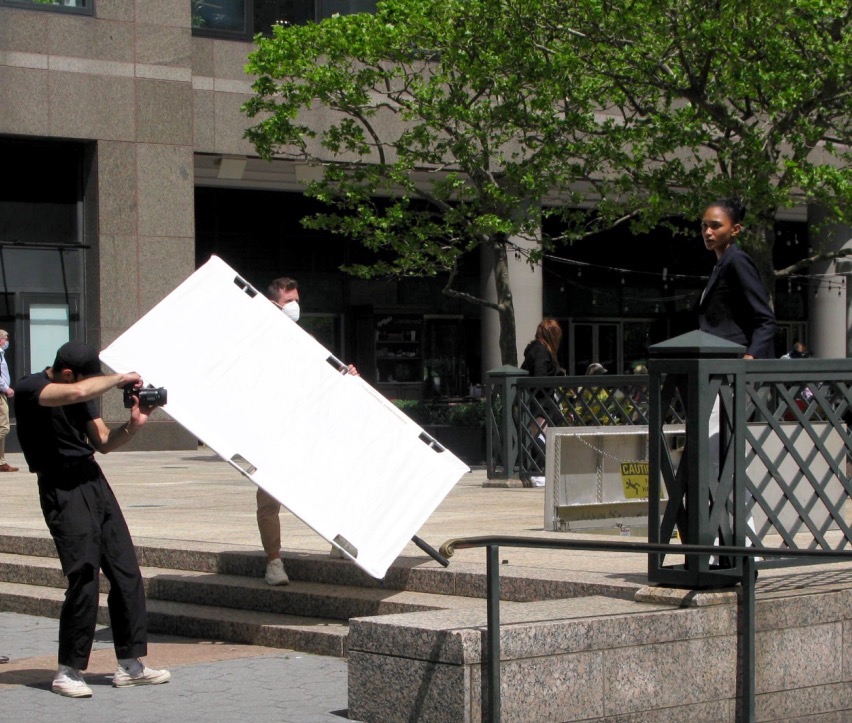 My choir occasionally gets together to sing under one of the arches on Central Park (for the resonance). We spread out in a circle, wearing our masks, and we do our best. It’s very nice and I appreciate that these are organized by our director (that’s him on the right in the first shot). That said, I cannot wait to get back to regular rehearsals, where we practice week after week, and where we can really hear each other, and truly feel that sensation of harmony, as we perfect whatever it is we’re working on. 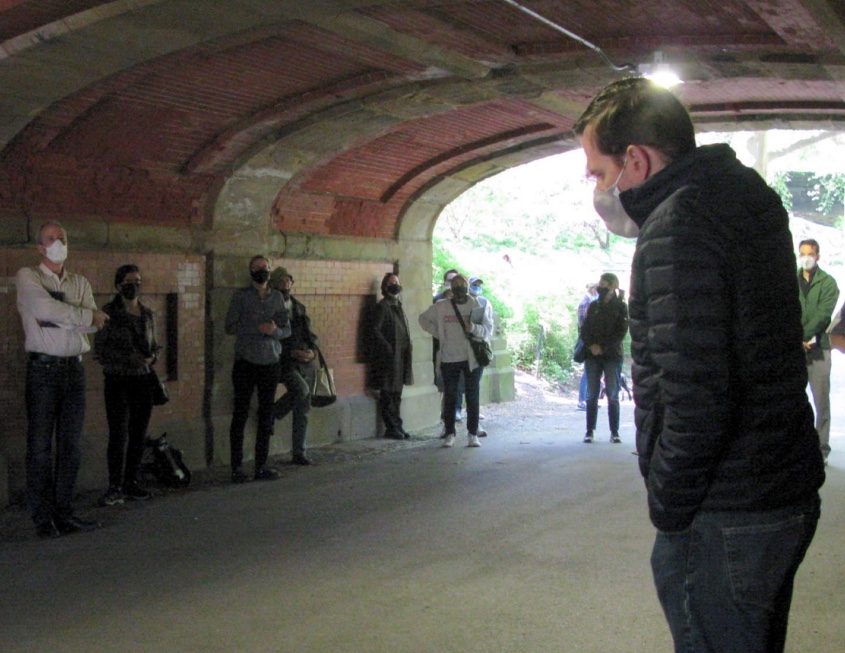 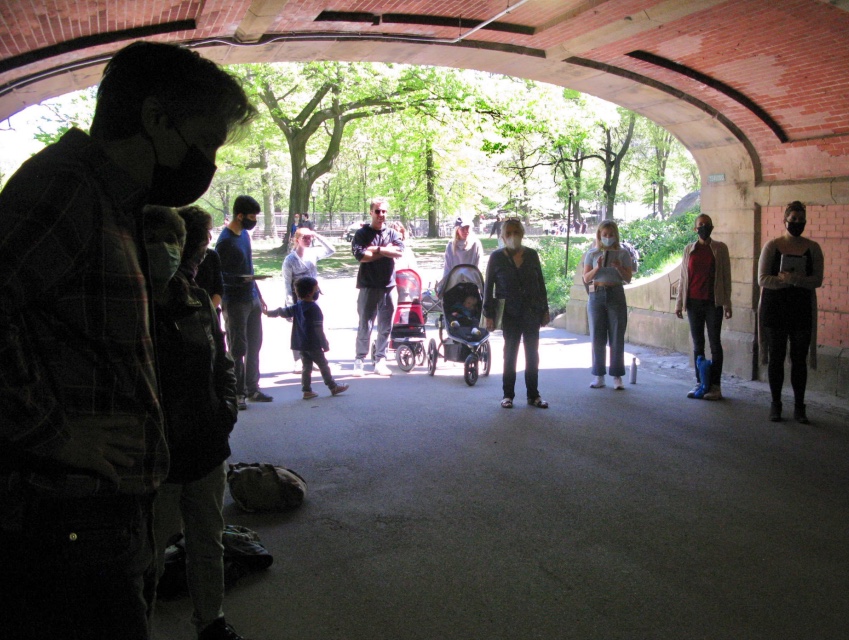