The Gay Pride parade always ends a few blocks from where I live and every summer, for the rest of the day and night, my neighborhood explodes with happiness. It’s wonderful. On the civil rights front, things are getting better and I get to bask in the joys of progress, and the slow realization of the promise of freedom.

Except last night I also watched the CNN series The Sixties, which focused on the civil rights movement of that decade, and now I’m upset all over again about what has happened to the Voting Rights Act. If you want to get even more upset, but see a glimmer of hope, read this piece in The Atlantic. It’s not long!

I realized I’m not familiar with all the key players in the civil right movement, and I was doing a lot of googling last night to catch up. I need to read more books. And then I started worrying about whether or not kids are being taught this thoroughly enough in school. Does every child know who Dave Dennis is?

I didn’t know Floyd Mann’s name until I saw a documentary last year. The Governor of Alabama was telling a representative from the Kennedy administration that it wasn’t possible to protect the Freedom Riders. He turns to Mann, the Director of Public Safety, and says, “tell him Floyd.” And Floyd said, “Governor, I’ve been in law enforcement all my life. If you tell me to protect them, I’ll protect them.” Makes me tear up every time I read those words.

A few pictures in my neighborhood. First, a human work of art. 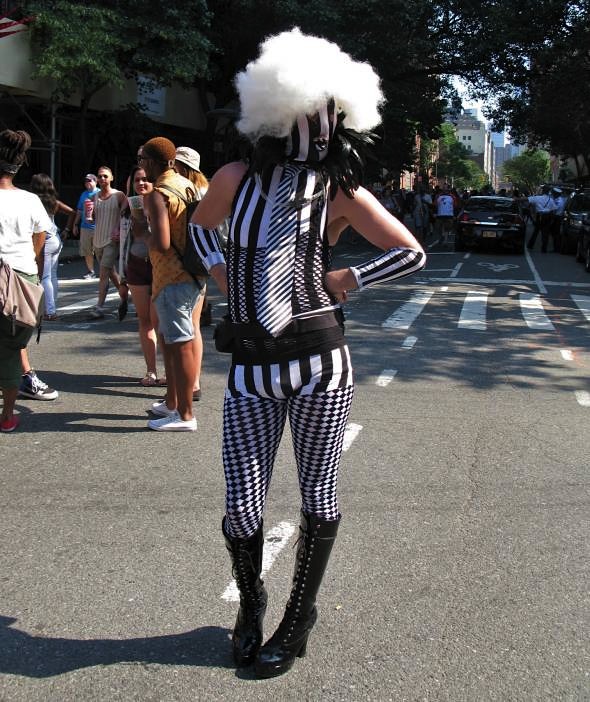 This guy was funny. He’s dressed like such a bad ass, with the skull on his head and everything else, and yet he was a complete sweetheart, posing with a big smile whenever anyone asked. 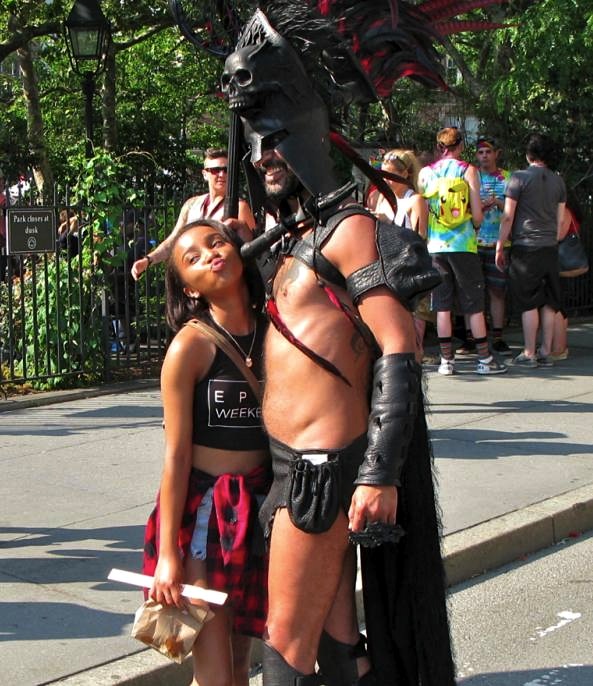 The person on the right here however, agreed to pose with the guy on the left, but I can’t quite read his expression. Such an enigmatic look. 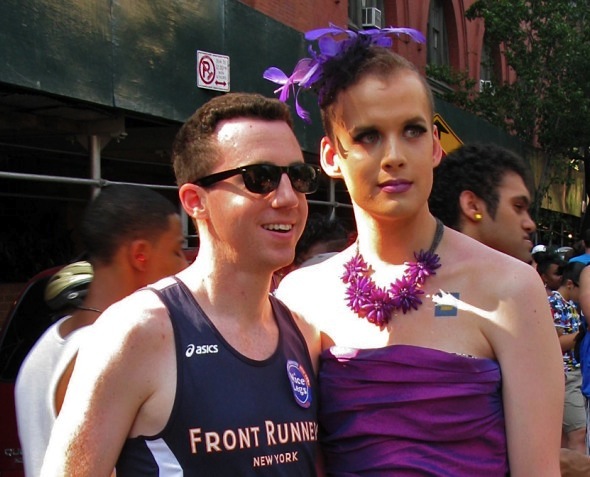 Every summer Parks & Recreation sponsors two contests that take place at all their pools in the City.

First, everyone who swims 25 miles between July 7th and August 29th gets a tshirt. Piece of cake, you might say. But there are only two times of day when you can swim laps: the morning between 7 and 8:30am, aka the Early Bird division, and the evening between between 7 and 8:30pm, aka the Night Owl division. You have to pick one of those times/divisions and only the laps you swim during that time period get counted. AND, this is only Monday through Friday. This means you get 7 1/2 hours a week to rack up those miles.

(Exception: I just looked and you can enter both divisions and I have to clarify if that represents a third division, or just that you’re allowed to compete in both divisions.)

Last summer I was in the women’s Night Owl division at the Tony Dapolito Recreation Center and I came in 3rd!! Okay, that’s because only 3 of us were competing. Ha! But still!! I finished with 32 miles, which I learned was a respectable showing after seeing how the swimmers at other pools did. Correction: I checked and I came in 3rd with only 27 miles!

There’s a wonderful dinner party at the end of the summer for everyone who swam at least 25 miles, and who came in 1st, 2nd or 3rd place in their division.

I am once again entered into the women’s Night Owl division. Wish me luck! Honestly, I feel like I have a lot less energy for this, but I couldn’t resist entering. I can’t say no to a competition, apparently. I included a link in the first paragraph, in case you’re in NYC and you want to enter too.

Here is Bleecker with my 3rd place trophy from last year. Luckily, it neither taste good nor made a particularly fun chew toy. 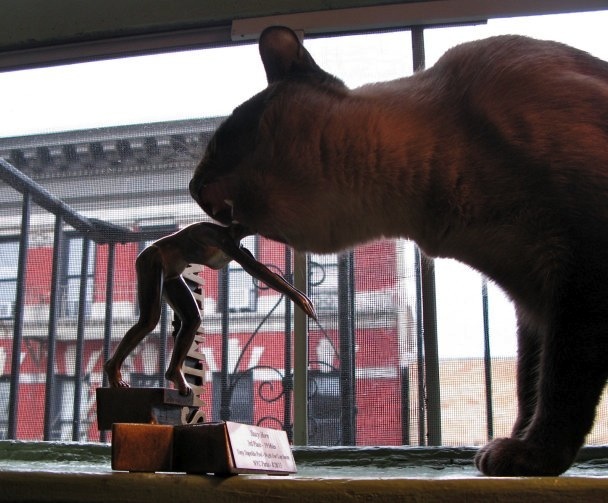 I was channel surfing and I stopped on the old Dick Van Dyke show because Rose Marie was singing and she had a surprisingly great voice. It wasn’t just, “oh look at that, she can really sing.” She was so good I wondered why this wasn’t her career instead of acting and comedy. Her voice had depth and beauty, and she clearly knew what she was doing. So of course I google her and I learned that she was once a child star who went by the name of Baby Rose Marie.

Here she is at 5 or 6. Even if you don’t want to listen to the whole thing, listen to some of it. Another video follows.

Her hair and outfit are practically identical, but she seems older in this one. I just checked, she was 9. I think she over-does that gravely, trill effect, (there’s probably a name for that) but still. Amazing. (More below.)

Here she is at 87, telling the story of her child-star days. There is something touching about how she still wears her hair in the same same style that she wore in the Dick Van Dyke days, and with the exact same bow. She must think no one would recognize her otherwise.

Apparently Evelyn Nesbit is the one who gave her the name Baby Rose Marie. Nesbit is most well-known for having been involved with the famous architect Stanford White. She later married the insane Harry Kendall Thaw who shot and killed White on the roof of the Madison Square Garden in 1906. I’ve got a copy of the inquest, which I came across on one of my history-treasure-hunting expeditions into the Municipal Archives of New York City. It says he died of a “cerebral hemorrhage pistol shot wound of brain,” but someone crossed out brain and wrote in “the skull.”

Evelyn Nesbit was in sorry shape when she suggested the stage name for young Rose Marie. She was now in her forties, and struggling with an addiction to alcohol and morphine. In fact, she tried to kill herself that year, or the year before, by swallowing disinfectant. (There was no easier way??) So here she is, consumed with despair, wanting life to just be over with already, and yet she has it in her to help a talented child who still has her whole life in front of her. Thankfully, Nesbit pulled herself together and lived on and died in 1967 at the age of 82.

Rose Marie is still alive. I wonder where she lives? She’s 91 now. She’s seem very likable in this video. I’m guessing she has had lots of good friends over her lifetime.

Last night the Loser’s Lounge performed at Lincoln Center’s Midsummer Night Swing. I thought it was supposed to be all ABBA, but it was ABBA and disco. Not my favorite genre, although I like some pieces within it.

Lincoln Center was filled, of course, with people from NYC’s swing dance scene. I used to be part of that scene. Every night, somewhere in Manhattan, a swing band is playing and people are dancing. Whenever you’re in the mood to dance you can find a place, you just follow the party. 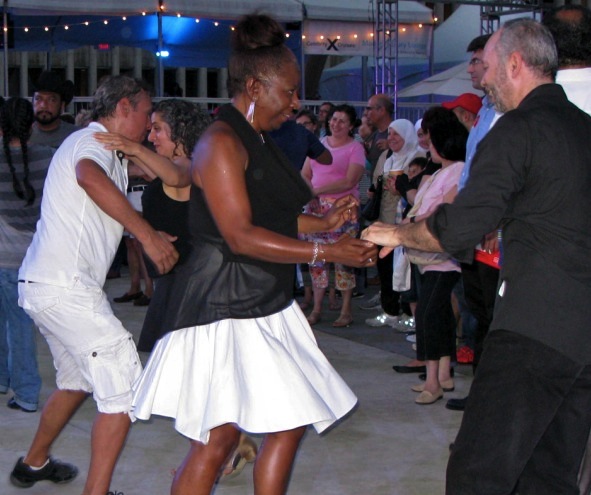 It’s a very fun and friendly crowd and seeing them brought back memories. Like how the women wore skirts specifically because of the way they twirled up, and how no one would ever turn down an invitation to dance for any reason unless they were genuinely tired and taking a break. 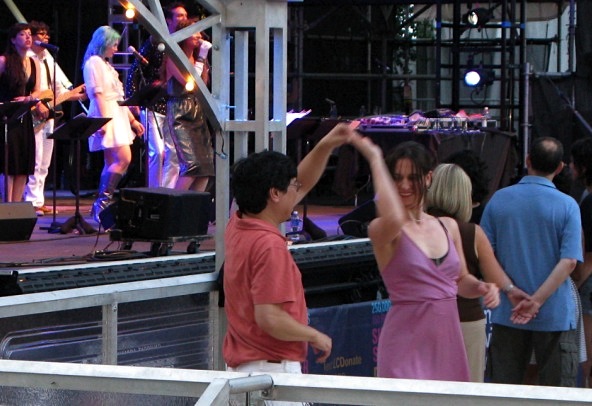 The dance floor. It was pretty packed but there was room to move. 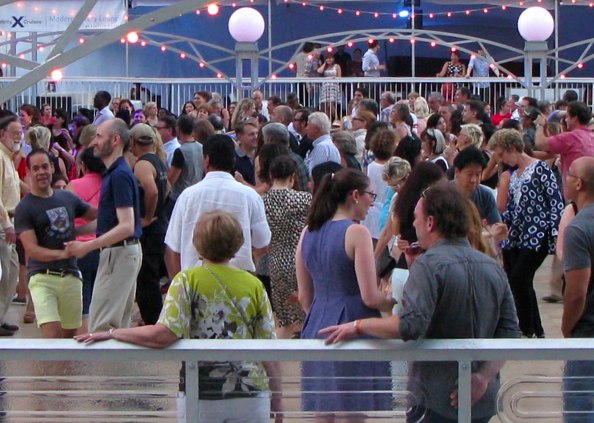 Lots of people were dancing outside and all around the dance floor, where you didn’t have to pay. There were couples of pretty much every possible variety. A perfect world in Damrosch Park. 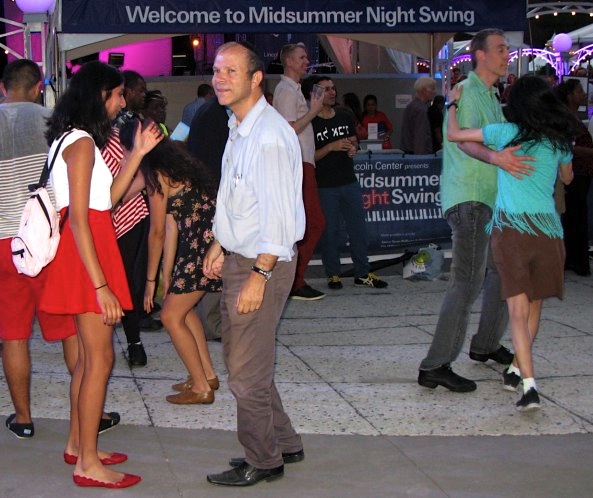 Another shot of the dance floor. I danced once, when they sang Abba’s Dancing Queen. There’s a law that you have to get up and dance whenever that song is played. I couldn’t break the law. 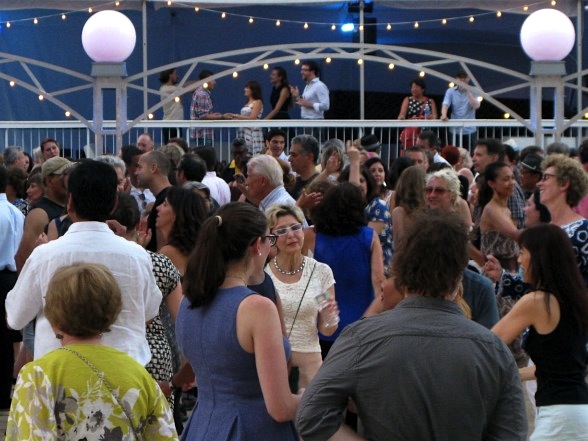 You’d think I want the world to end, and maybe sometimes it does feel like we’ve gone so far wrong the only thing that might bring us to our senses is a worldwide reboot. Screw-it, we need a do-over, bring on the apocalypse. But whatever lurks in my dark, cataclysm-drawn heart, I love end-of-the-world literature.

The Guardian came out with the first review for my friend Sandra Newman’s dystopic novel The Country of Ice Cream Star. It’s being released in the UK first, and you can buy it from Amazon UK now. (It comes out here next year.)

I’ll cut to the chase. They loved it. “By the last page I was emotionally battered but euphoric: the book had held me so effectively hostage that I felt I had Stockholm syndrome.” Jesus. Where is my copy?? I want to be sucked in to the Stockholm syndrome level. The reviewer said it stood up to everything out there like it. “But what sets The Country of Ice Cream Star apart from its rivals is the extraordinary, blistering insistence of its language.”

My plan is to read it just before it comes out here, and to post more fully about it then. But I had to mention this review, to let everyone know that this really great book is coming.

This is Sandy in my apartment a couple months ago. It’s a screen grab from a short movie we made of her reading from the book. 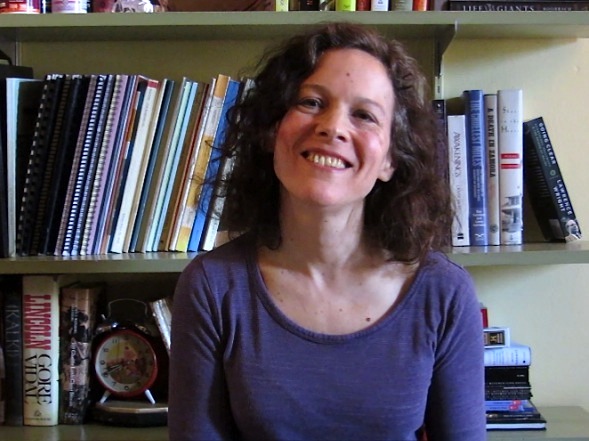