Saw these beautiful busts of John Lewis, George Floyd, and Breonna Taylor in Union Square yesterday. Sadly I’ve read that people have thrown paint on the one of George Floyd. They hate him for … being murdered? I adored John Lewis, and we need him so badly now.

These statues were so beautiful close-up. They shimmered. 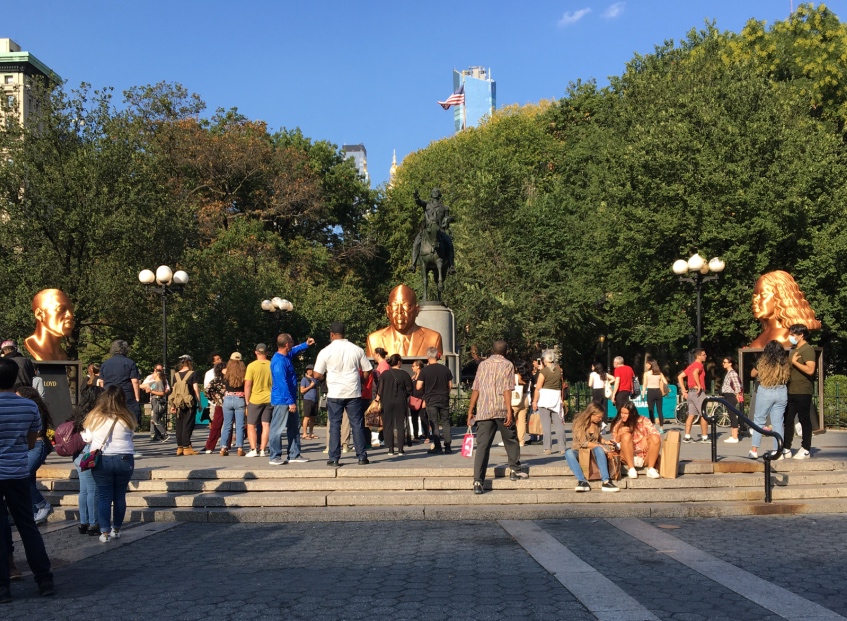 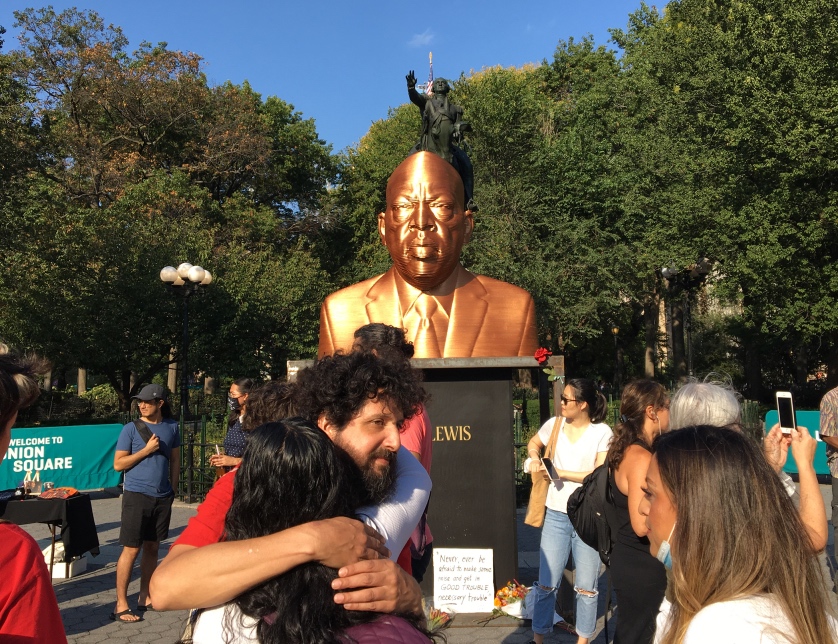 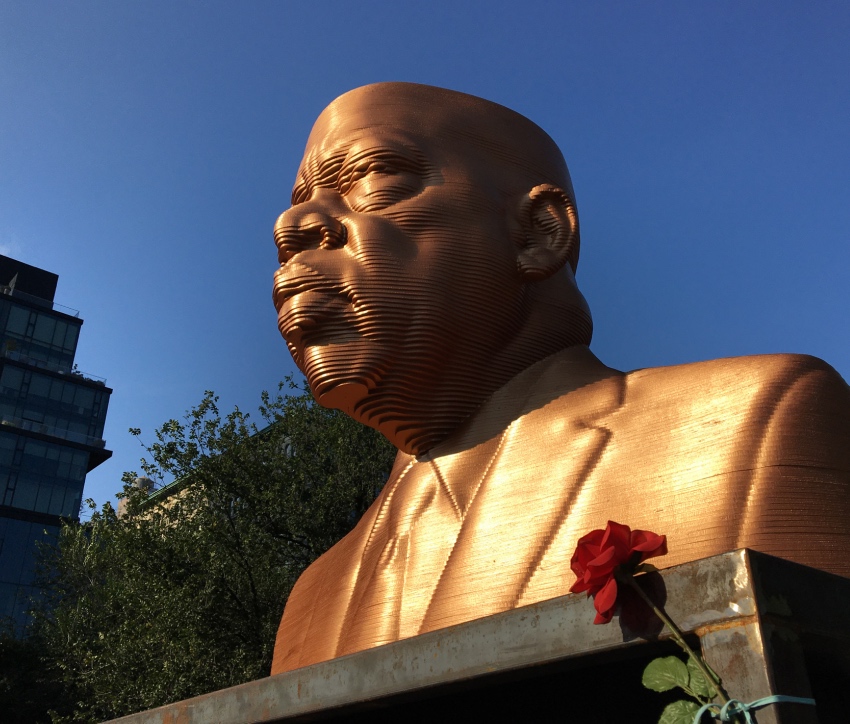 I don’t see this a lot. We’ve managed to achieve a mostly stable detente, but I don’t think I’ve ever seen them all calmly sitting in the window like this. Probably mutually planning the death of some poor bird. They’ll work together for that. 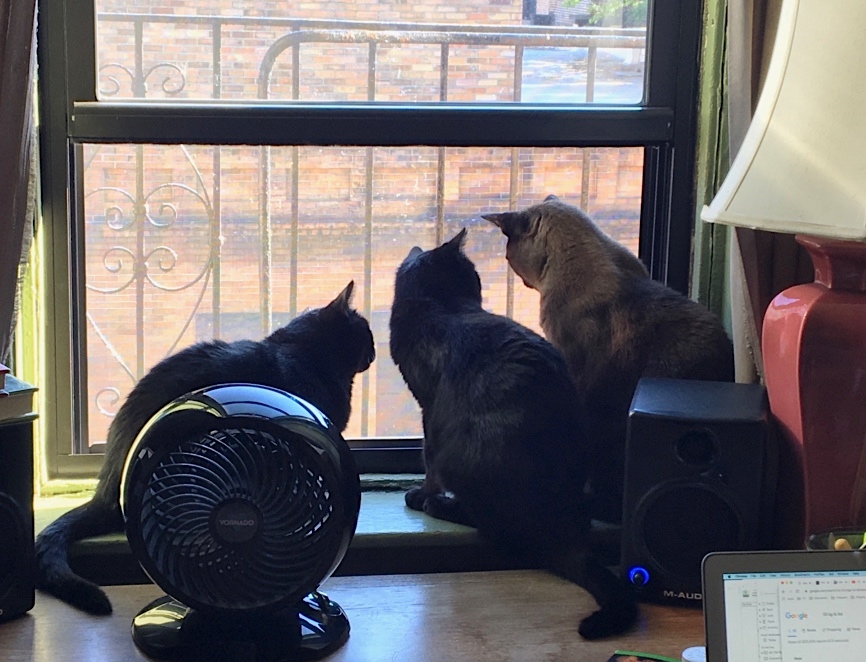 I was walking home on 9/11, and I passed by the entrance to the Brooklyn Bridge. There are always a lot of people walking across the bridge, but it seemed to me like there were way more than usual. I later learned that there is now a new bike lane so pedestrians have the walkway to themselves. Maybe it had just opened recently when I walked by.

It’s been a while since I’ve walked across. Maybe it’s time to take a stroll and see what it’s like now. 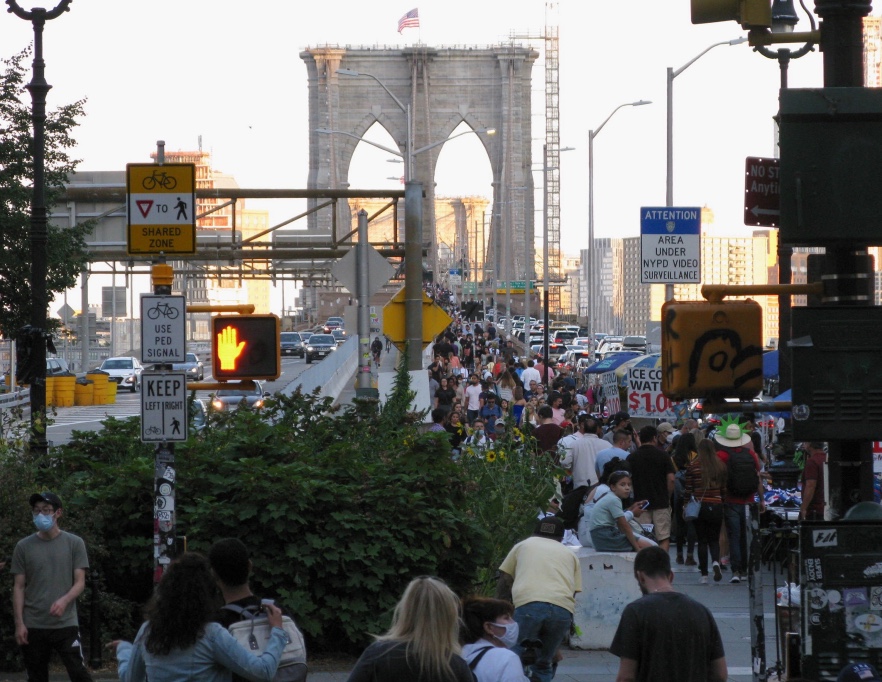 Brian Lehrer, the most comforting and intelligent voice in NYC, is coming out of my speakers. I don’t know. I’ve got so many 9/11 stories, but I don’t really want to tell them anymore. I don’t watch 9/11 specials anymore. That said, for some reason I watched one last night. It was very well done, but I had to look away several times (when they showed people jumping). And it just made me sad. The world is worse than it was then, and we share much of the responsibility for that. A few stories though, the amazing decency of some people. That helped me from feeling completely flattened.

I’ll be walking downtown with a friend I made when volunteering at St. Paul’s Chapel during the recovery period. We’ll listen for a while to the reading of the names of 9/11 responders who have died since 9/11, due to 9/11 related illnesses. That is the idea and work of another 9/11 St. Paul’s Chapel volunteer, Barbara Horn (no relation, but we call each other sis). That will be somber. These are the people we worked with, the people we fed. We made beds in the church so they could lay down and rest. Well done, sis.

I’m fine. I just can’t help feeling, once again, that we squandered such an amazing opportunity. Our country was united, the world was united, and every step we took afterwards destroyed that incredible chance to build on the bridge the terrorists had unwittingly constructed. We’re now choking on the ever-rising hate and division. Ha. I don’t sound fine.

Hopefully I’ll be seeing lots of old friends today and I will have happier memories and pictures to post tomorrow. I took these pictures from my roof. The second shows the south tower falling. The third I took the next day, and it was still smoking. It would for a long time, and you could smell the fires burning for months. 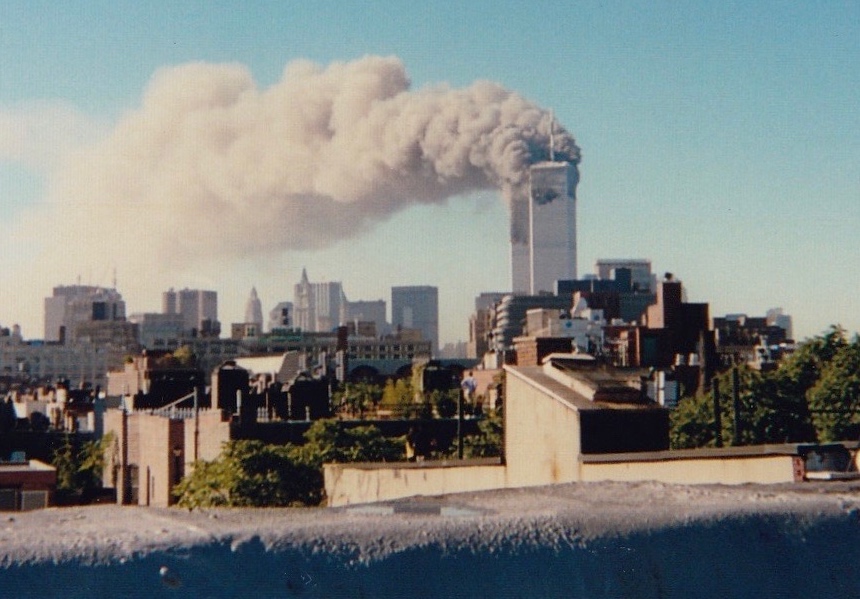 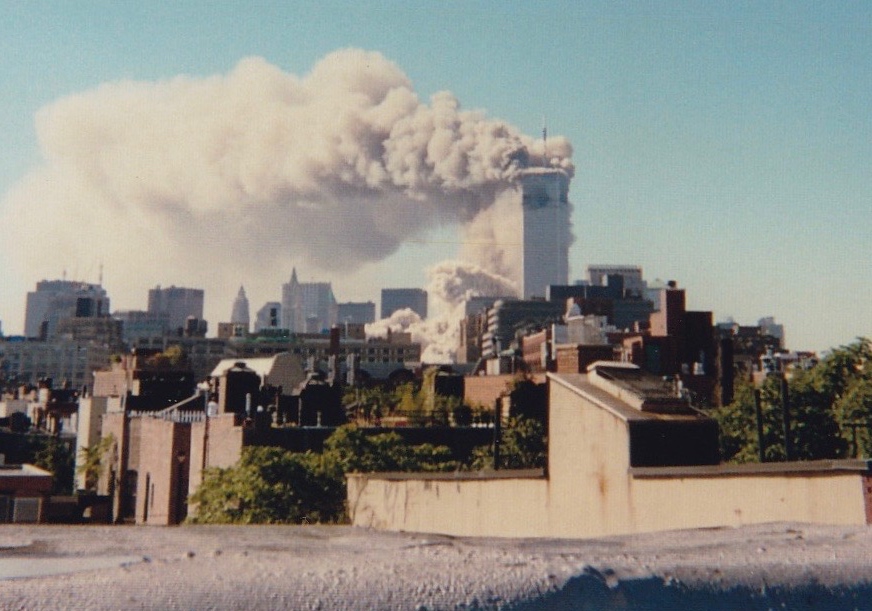 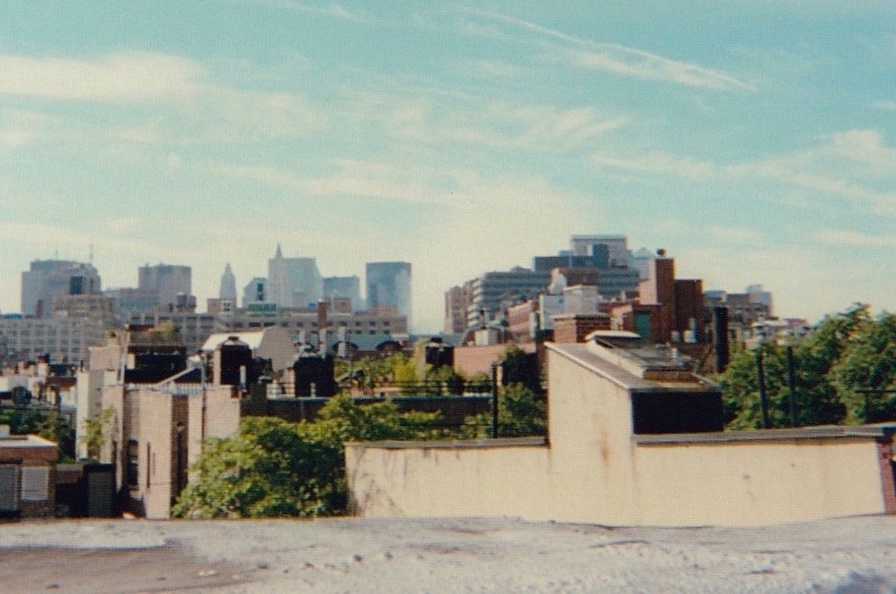 Like many pet owners, I do not have to heart to get up when I have a sleeping animal on me. Ah, the tyranny of the sleeping cat. At the moment, Bleecker is on me and I’m the most reluctant to move when it’s Bleecker. The other two tend to hog my lap and bully him when he tries to claim time. So when he gets it I want to give him as much time as I can.

Here is one of the first pictures I took of him. 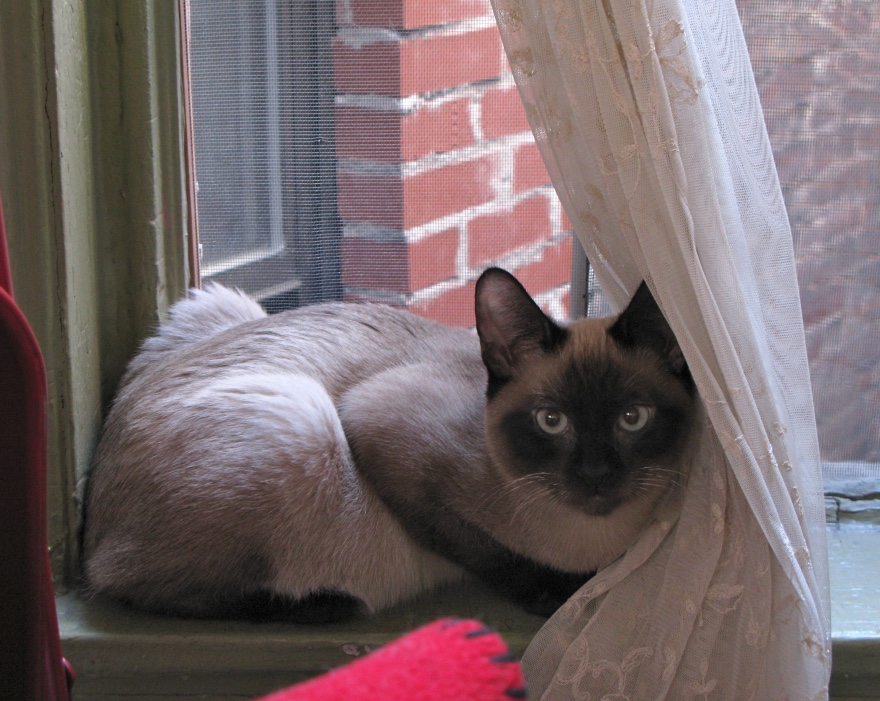