It’s in the shop getting repaired and I’m on a back-up computer, and nothing works quite right. It’s ridiculous how important the computer is. My world is off kilter and I feel so unsettled. I just want everything to go back to normal.

I’m packing it in and going up to the New York Historical Society, and then the library. I took this because I liked how someone filled all the windows with poinsettias. 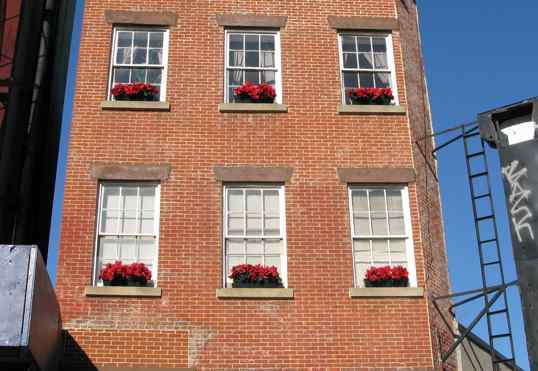 I deleted the series Hoarders after watching the last episode with Hanna (and the couple whose names I have already blotted from my memory). I’m done.

It is not entertaining, or enlightening, or useful to watch people who are sadly so damaged by poverty, ignorance, and most likely abuse of all kinds, that they are beyond the help of this tv show and the people on it, however well intentioned. Instead, we get to watch these people abuse everyone around them, and last night, we were treated to animals suffering and dying during the progress of shooting this show.

When people from the local Animal Care and Control showed up unexpectedly, the television crew talked them into leaving. I burst into tears. I just couldn’t believe it. I went to the A&E TV website and read their arguments for taking this action. Without all the facts, and someone from Animal Care and Control speaking up, it’s hard to sort out what was right and wrong so I will leave that be for now. It could be that this was the best course of action at the time. I posted a request for a specific update about the state of all the animals, in particular a pregnant goat with a mangled leg that never got any care for the leg. Oh god, the shots of this poor animal with its leg flopping around, hanging by a few threads of flesh, and this sad, depressing, pathetic wretch of a human being who can’t seem to see that the animal is suffering. What must have been done to her? What must she have done to her children when she was raising them?

There is no exaggerating the horror of this episode and how appalling it was from start to finish. I used to watch this show, I must admit, like someone who slows down to look at the scene of an accident. I will take responsibility for my contribution as an audience member. But I always had a problem with how they would spend 95% of the time wallowing in shot after shot of whatever nightmare these people were living, and then only 5% on the aftermath. I wanted more time with the actual clean-up and a look at these people’s lives afterwards. Was the effort helpful at all? I want to see more then a few sentences flashed on the screen at the very end.

Instead the series has been getting more and more sad. The last few episodes have been heading towards what I saw the night before last. It has devolved into pointless, barely told stories about people and a situation that is left mostly unchanged. There was an episode this season about a family, the father was nothing but seething anger and hate, and his two grown children, now in their 40’s I believe, who never left home, held prisoner by his embrace of hate. The last shot I remember is of the family just sitting there, frozen in hostility, beyond help. They’ve been evicted in spite of the clean-up, and they just don’t understand why the world is doing this to them. Again, I believe the doctors and cleaners care, and I’m think they are being traumatized and harmed by this show as well. I blame the producers and A&E.

As a sort of palate cleanser for this post, I give you a picture of a man feeding the birds in Washington Square Park which I took the other day. 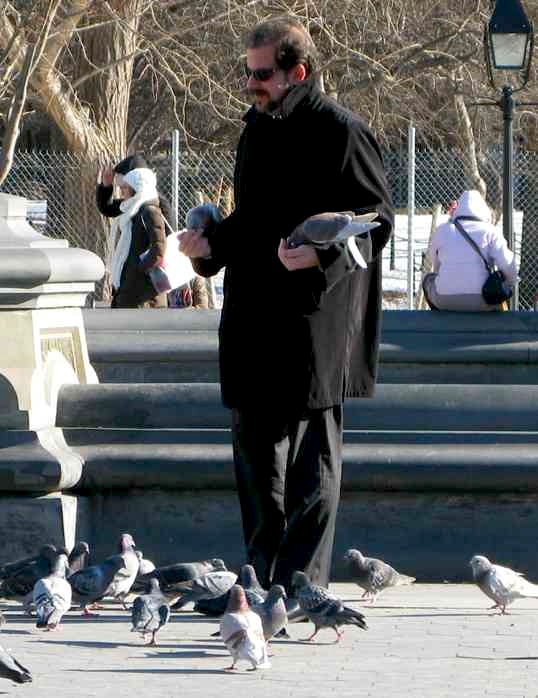 The post I wrote yesterday never appeared! Weird. Okay, this one shows up. Why??

Back from the dentist, and I’ll be retuning in another hour or so. Good freaking lord I have to have so much done. (And I take care of my teeth!) Well, on the bright side, I don’t live in the time of John Adams. Did you see the HBO movie (mini-series) about him? Made you appreciate modern dentistry.

Except I’m sure in another hundred years or so (probably less) they will be saying the same thing about us.

Took this the other night, it’s the playground at Bleecker and Hudson. 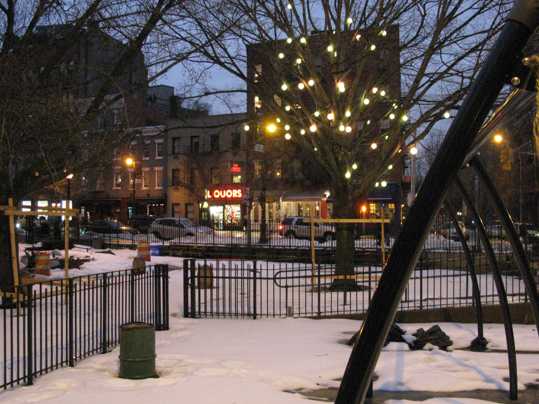 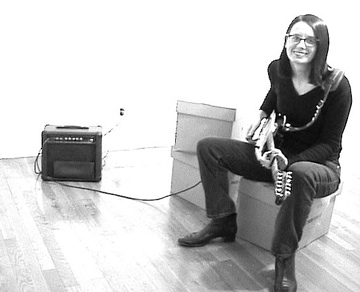 My friend singer/song writer Lianne Smith is trying to raise money to make a CD using that place Kickstarter. I love the song that she’s singing on the video. I also found this wonderful recording she did with Nada Surf, which she refers to on her Kickstarter page:

” … I’ve worked on other people’s records, but I’ve NEVER put out my own. But that’s about to CHANGE. With your help through Kickstarter, you’ll know me as the singer/songwriter with a Really Good debut album. I’ve got Anton Fier on board as the producer, as well as lot of of New York’s best musicians.”

“It used to be that a musician was able to depend on a record company for the money to make and release an album. The world has changed. And yet it hasn’t … You are my agents. You are my executive producers. YOU are my record company.”

So if you like what you hear and would like to help out a struggling artist, please contribute to my friend Lianne!

Another year, another cat picture. I might as well say another breath, another cat picture. (I actually took this shot a month or so ago.) I was listening to A Sea Symphony by Ralph Vaughan Williams, the piece my choir is doing next. It begins with this very dramatic, “BEHOLD! The sea!” So I’ve been going around singing, “BEHOLD! A kitty!” (I know, I know.) 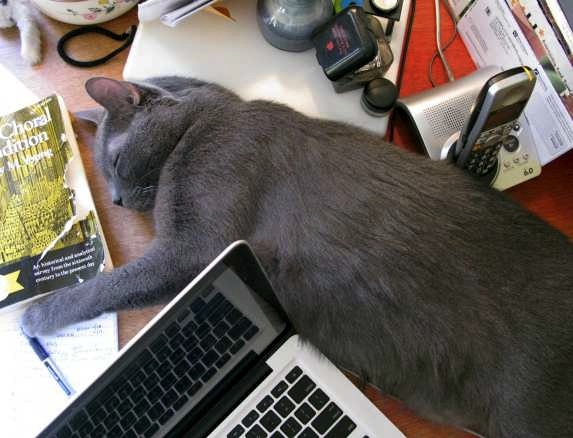