I’m thinking of starting a series called: Things I Meant to Say in My Interview. I was on the radio yesterday talking about my new book about singing, and I blanked on so many things I meant to talk about. Like …

“To sing in a choir is the quickest, surest, and best way to become intimate with music, to get close to the seat of its emotional life, where its heart-throbs can be felt and heard; to ‘experience’ it … to hold communion with its gentle saints and glorious heroes …” – Henry Krehbiel, a 19th century music critic.

Singing in a choir really is the ultimate communion. You don’t just look at a work of art, or listen to it, you become it. “You get to ride on the genius of a Beethoven of a Palestrina,” Dimitra Kessenides, an alto in the Choral Society of Grace Church, once raved to me.

I came upon opera singers in the subway stop at 42nd Street while on my way to my interview on the radio show Talk of the Nation. They are from an organization called The Opera Collective. I took it as a sign.

Today is my birthday, and I’ve been given the fabulous gift of an interview on the radio show Talk of the Nation. I’m extremely nervous, I want to do a great job. I’ll be back later when I’m more relaxed and human again. Oh! If you want to listen I’ll be on at 3pm!

In the meantime I give you: cute dogs. 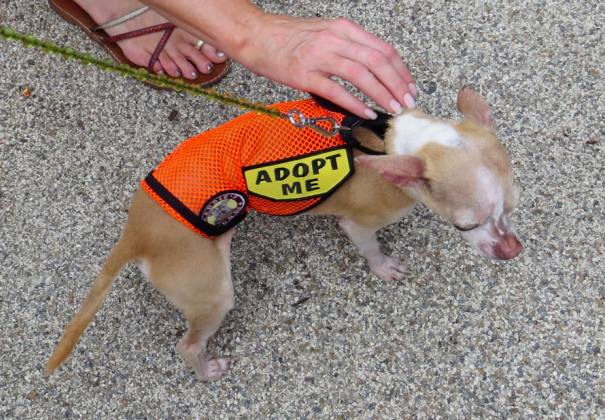 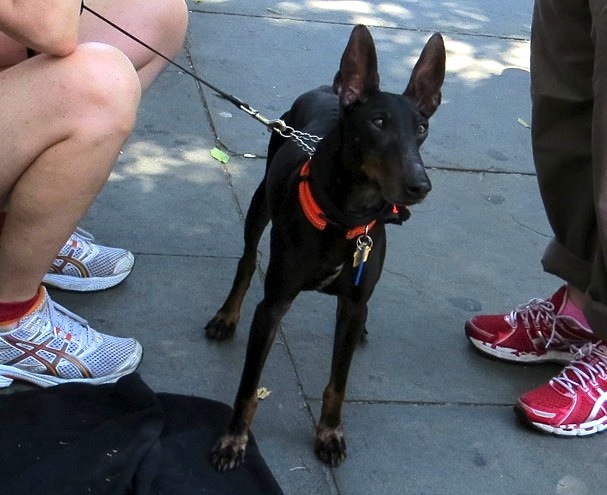 I’m new to Doctor Who. I stumbled upon it one sleepless night and was lucky to have the Weeping Angels episode as my introduction. I didn’t know who anyone was or the back story, but it didn’t matter, the episode was that strong. It was also a two-parter so I was essentially forced to come back for more. I got caught up via Wikipedia and a BBC America Doctor Who marathon and I’ve been watching the show religiously ever since.

You always love your first best. New versions of anything, even when they are genuinely better, take time to accept, and love. (I’ll never forget how on Echo, the online service I run, people complained about changes even when it fixed a problem.) I’ve just read that Matt Smith, who plays the doctor, is leaving the series. For those of you who are not familiar with the show, the Doctor character, who is an alien, regenerates from time to time. When this happens the part is taken over by a different actor.

Matt Smith was my first Doctor. He’s also phenomenally great in the part. He has managed to put together this complicated but irresistible mix of charms and flaws and mystery that is going to be hard to replace. You know him and you don’t, and because Matt Smith has made the character and what you do know about him so deeply lovable this creates an endless need for intimacy. I just don’t know what I’m going to do without him. Will we also lose all the characters associated with him? The most amazing and wonderful River Song? I still haven’t recovered from the loss of Amy and Rory. Please, I’m begging you, don’t take away River Song too. And what about Strax??

The only thing that gives me hope is my response to the older episodes I’ve caught with David Tennant, the actor who played Doctor Who before Matt Smith. I love Tennant’s Doctor Who as well. Not as much, but that could be because of that “first” thing I mentioned, and because I haven’t seen as many episodes with Tennant. But what are the odds that they’ll find three actors in a row as capable of taking on this part as Smith and Tennant? Maybe this is an essential element of the show, that you will never completely know or have the Doctor, and he will always invariably break your heart? Wait a minute. Oh god. What have I signed up for? I will have to go through this again and again. If I’m lucky.

Anyway, damn you Matt Smith. You better be great in a lot of movies to make up for this, young man. Jesus, I just realized that means there is only one more episode with Matt Smith. Sobbing.

A few shots on one of the piers along the Hudson. The first is of a child’s party, and the second is of sun bathers who were just to the right of the party. 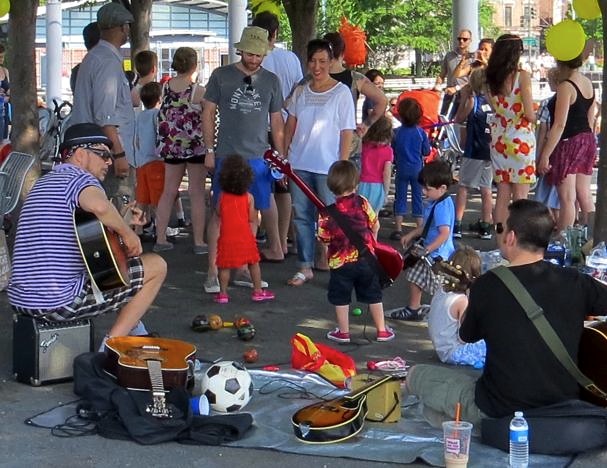 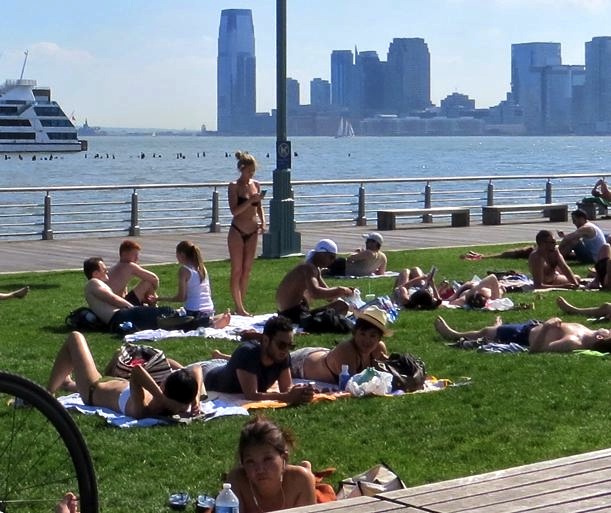 What the hell? I am so sorry to the families and friends of those who lost their lives, and to all who are without power now, and who have lost property. This is so terrible. The mother and her baby. The sheriff who was just trying to rescue people. It’s all so awful.

Here’s what happening today, according to the National Weather Service: “The NWS Storm Prediction Center in Norman, Oklahoma expects another round of severe weather on Saturday. The area for greatest concern is the Ohio and Mississippi River Valleys. Large hail, damaging winds and isolated strong tornadoes are all possible.”

A while back someone stuck a pussy willow branch into a pot in front of my apartment building. I remember thinking, ‘It’s dead, why put it in the dirt? They probably just put it there for show. And who doesn’t love pussy willows, so okay. Thanks.’ Well, here it is, sprouting leaves. The Chinese believe these shoots are a sign of coming prosperity, so perhaps good things are coming. 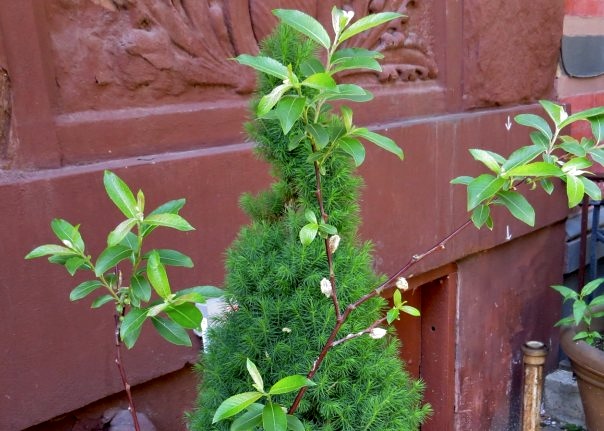