I googled it and I can’t believe no one is talking about Mame’s non-mother mother. (Others probably can’t believe I watch this show.) The scenes of them together are painful to watch. I feel for Mame. Not to demonize the mother, we all have our strengths and weaknesses (I’m positive I would have been a terrible mother!).

I wish I had written down this one exchange, the most poignant and sad one. Mame opened up to her mother, said something about their relationship and seeing her again (they often didn’t see each other for years at a time). Her mother said nothing. So Mame prompted her, saying something like, “What do you think about that?” And her mother said something non-responsive, like “That’s nice.” She gave absolutely nothing back. Like, “I missed you honey, it’s great to be able to spend time with you like this.” She was completely flat. Poor Mame.

Our choir director John Maclay rehearses the orchestra for our holiday concert. 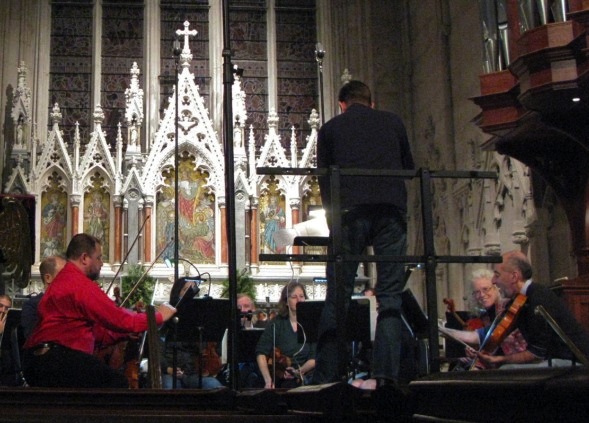 Mother of God. You have to read this. It’s short. It begins, “Lawyers for the House of Representatives have escalated their legal fight to block the first-ever congressional insider trading investigation.”

A Christmas tree in a window I passed by on the way to choir practice last night. This picture doesn’t even begin to capture how beautiful it was, alas. 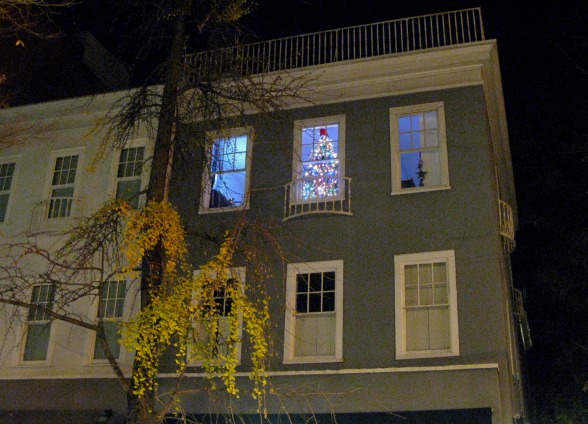 “The Jews Petition to the Governor for Liberty to Exercise their Religion, being by him Recommended to the Mayor and aldermen was read in Common Council, and they Returned their opinions thereupon. That noe publique Worship is Tolerated by act of assembly, but to those that professe faith in Christ, and therefore the Jews Worship not to be allowed.”

I think that belongs firmly in the category of “holy shit!” Do we ever do the right thing immediately? Or does it take always take years, decades and centuries?

The relatively empty Apple store on Tuesday. The floor with the Genius Bar, where I went, was hopping however. I briefly considered making a joke about “Apple Declares War on Christmas,” because their shirts are red without any other decoration. But then I thought some asshole might pick up on it and make it a thing. 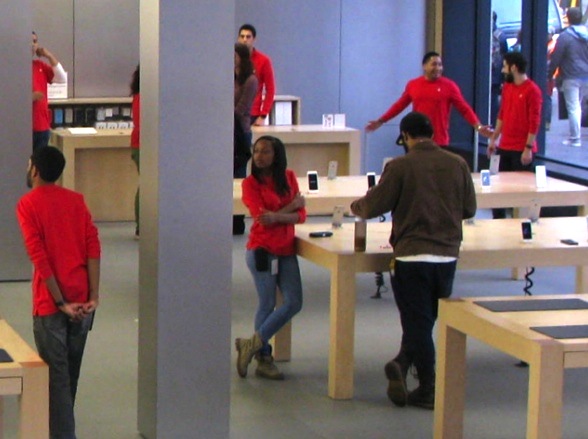 It’s concert week for my choir and I’m in such a good mood. A week full of singing, and singing with an orchestra. Life is good.

A sign in front of a dry cleaner/laundry in the West Village. Very cute. 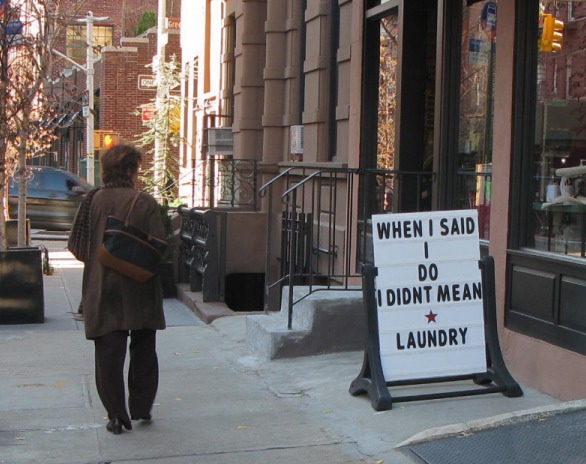 This was taken beside Bryant Park, behind the main branch of the New York Public Library. (I was taking a picture of the chestnuts but those two guys I caught as they passed by are quite good looking!)

I also spectacularly dropped my computer at the library, and it seems okay, but I’m still in a panic. It was from a height of about four feet onto the hard tile floor of the library. It was bad. Made a loud, awful noise. I’ve got an appointment at the Apple Genius Bar to make sure everything is okay, 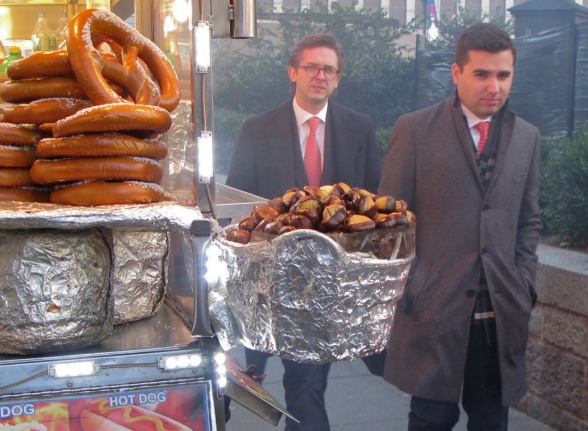