OHMYGOD. I have been trying for months and months to find this 1907 article from a magazine called Broadway. I went through every library on Worldcat who was claiming to have it, but one by one they really didn’t. I’d totally given up because I really thought I had heard from everyone and everyone had said no. OR SO I THOUGHT.

I took this shot a couple of weeks ago, because it’s a pretty tree. 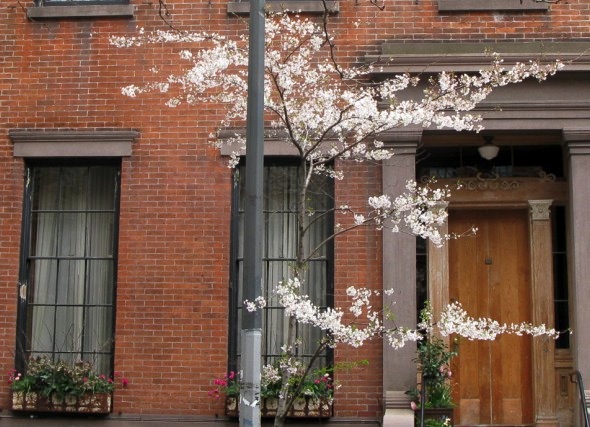 A banner for our spring concert is on the fence at Grace Church! Doesn’t it look great?? I love how it gives you a great look at the inside of the church from the outside. Gorgeous church. 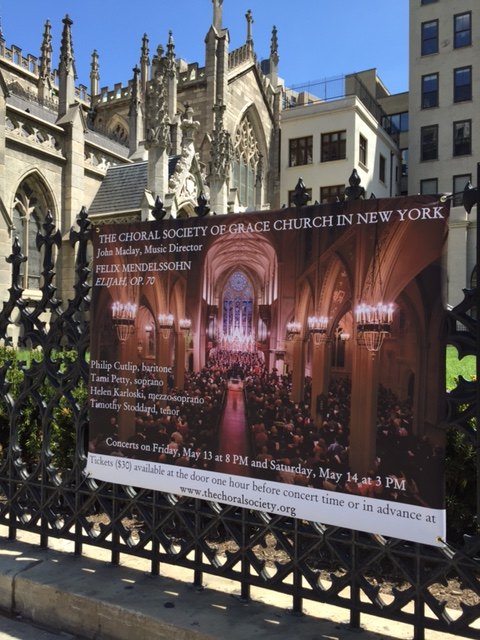 Next up in friends with new books out is Chasing the Last Laugh: Mark Twain’s Raucous and Redemptive Round-the World Comedy by Richard Zacks. So far it’s gotten great reviews, including a starred review from Publisher’s Weekly and praise from authors like Pulitzer Prize-winner Stephen Greenblatt:

“Chasing the Last Laugh is a funny and poignant account of Mark Twain’s late, epic struggle against debt and death. Richard Zacks has a brilliant eye for detail and the narrative gifts needed to bring out all that is strange, zany, and ultimately inspiring in this remarkable story of money, honor, and literary genius.”

And Carl Hiaasen: “Chasing the Last Laugh is an intimate and fascinating account of what was basically the world’s weirdest book tour, starring the funniest writer America has ever produced. Mark Twain’s own notes and letters enrich every chapter, illuminating not only his cranky genius but the private fears and turmoil that compelled him to pack up his family and hit the road.”

From Zacks: “Twain went broke, and almost ruined his life but he saved himself and his reputation by performing for a year in the U.S., Australia, New Zealand, India, South Africa. Here is a seriously funny man caught in a bind through his own reckless investing. I had access to unpublished letters and notebooks. All his maxims start making more sense: “Man will do many things to get himself loved; he will do all things to get himself envied.” “Few of us can stand prosperity; another man’s I mean.” The book is only a little bit business and a lot of Twain’s travels and private life.”

Congratulations! I know you are a serious and first-class researcher so I’m sure this book is a treasure. 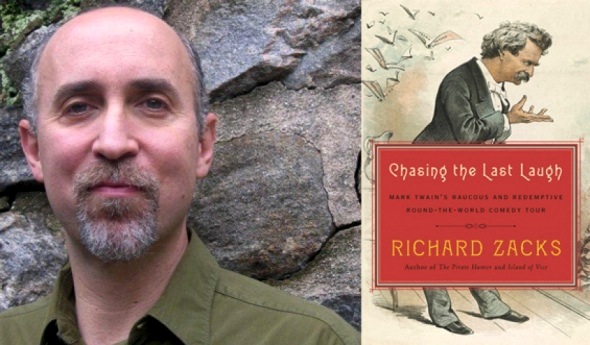