I thought I was supposed to set the clocks back tonight! So here I am, an hour early for leaving for work. I lost my chance to sleep an hour late! But I will still get it tomorrow, right? Of course. I will feel it tomorrow. But still. It does not take away from my idiotage.

The Tardis once again crashed into a building on Perry Street this Halloween. 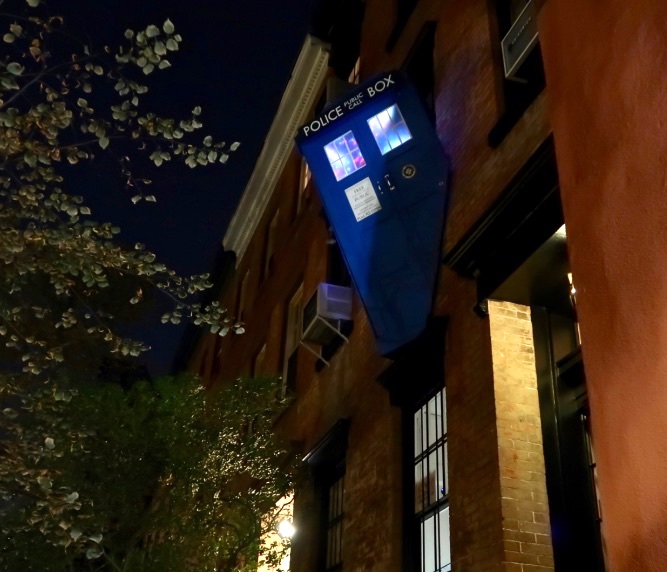 I’d planned to skip choir practice to walk around my neighborhood taking pictures. But then the attack happened downtown. I now believe that terrorists are just very damaged people using whatever religion or political ideology they can grab onto as an excuse to kill people. This jackass, for instance, killed mostly tourists, not Americans, which just breaks my heart. They come here to have a good time and end up getting murdered. But he didn’t care. He just wanted to commit murder. It has nothing to do with God.

Harmony seemed like a better way to spend the evening. But I took these pictures to and from rehearsal. Even though newscasters claimed otherwise, it was the most subdued Halloween I’ve ever seen. The crowds watching the parade were half the size they usually are, and even though people generally party all night on Halloween the streets were mostly empty on my way home. 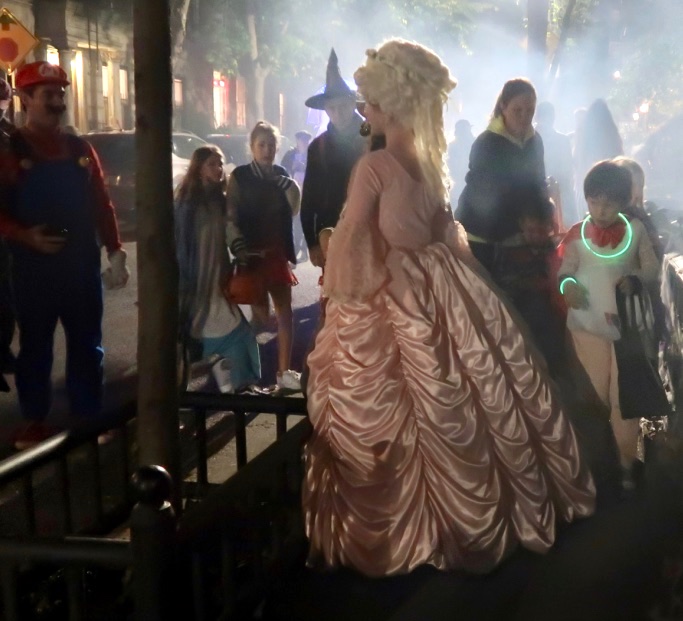 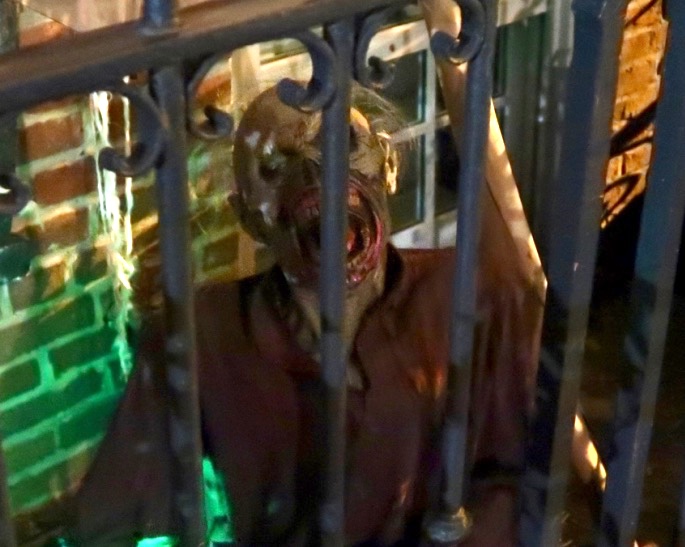 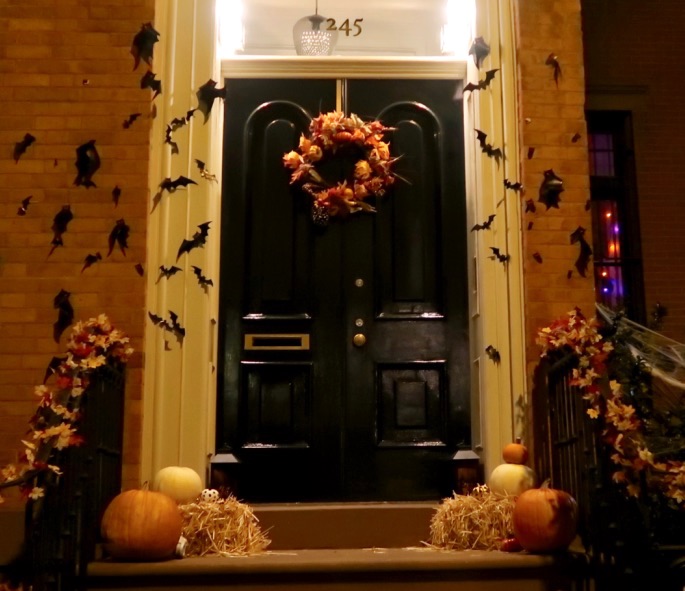 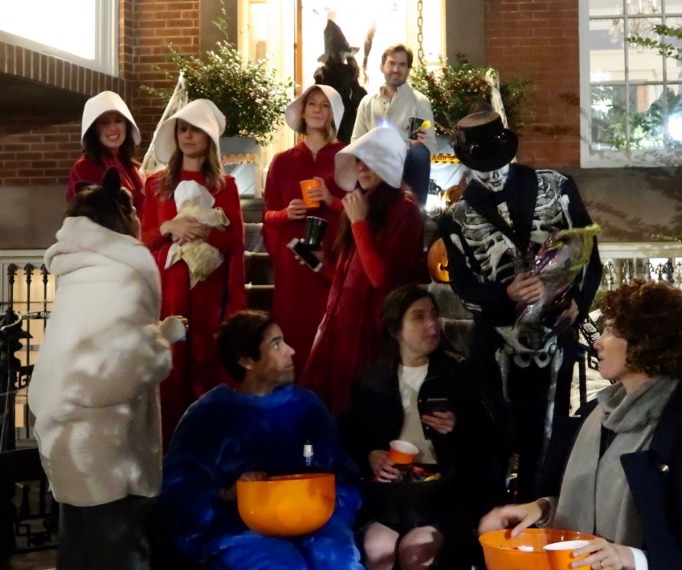