In the spring my choir, the Choral Society of Grace Church, will be singing the very challenging but astounding Missa Solemnis by Beethoven. We’ve sung this piece before and it’s not only very hard, it’s very hard on sopranos. Beethoven often sends us up into the stratosphere and then keeps us there, often singing forte for measure after measure. I’ll bet I posted about this the last time we sang it … yup, I did. Here I talk about my theory that Beethoven must have been mad at the sopranos when he wrote this.

HA! I just found a post where I write about the hardest part in the piece, the “et vitam venturi saeculi” section. I googled it and found this in Wikipedia. “Most notable about the movement, though, is the closing fugue on “et vitam venturi” that includes one of the most difficult passages in the choral repertoire …”

I wrote that I would change that to read, “one of the most difficult passages in the choral repertoire, and so that part is usually sung by robots. Or aliens.”

It goes on to say: “Compared to other works of similar stature, the Missa solemnis is rarely performed. Its notoriously difficult choral parts make it a stumbling block for many orchestras who only have access to volunteer choirs. Limited performances of the work have made the work far less known than Beethoven’s other large works.” .

Well, get ready New York City, we’re doing it. Here we are, warming up before a concert. 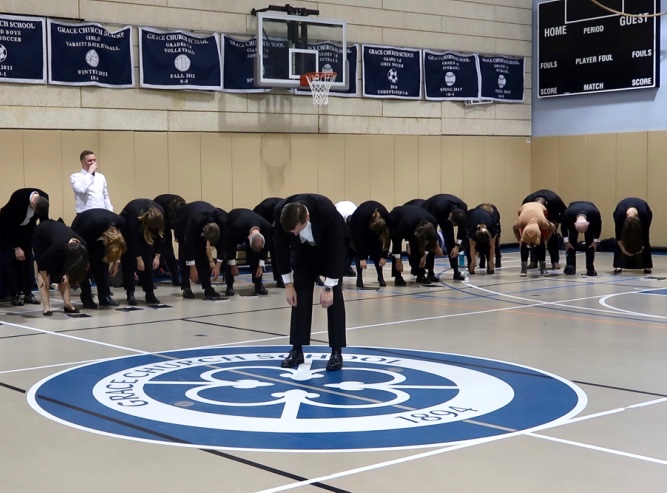 The holiday concerts for the Choral Society of Grace Church are now over. I am so sad!! I loved the music. My friend Les sent a picture. I was in the front row this time! Very scary. I was afraid to move or fidget in any way, and I worried that every wrong note would be heard by the trumpet players in front of me, and picked up on the microphone one foot away. 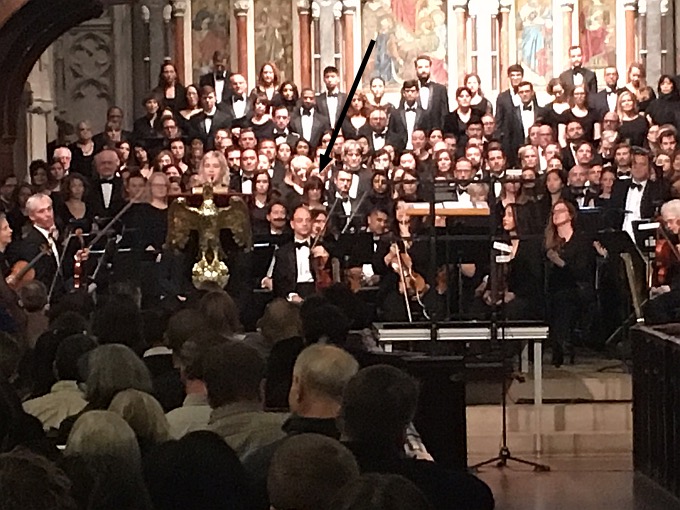 Before the concert we sang happy birthday to John Maclay’s (our choir director) beautiful niece. 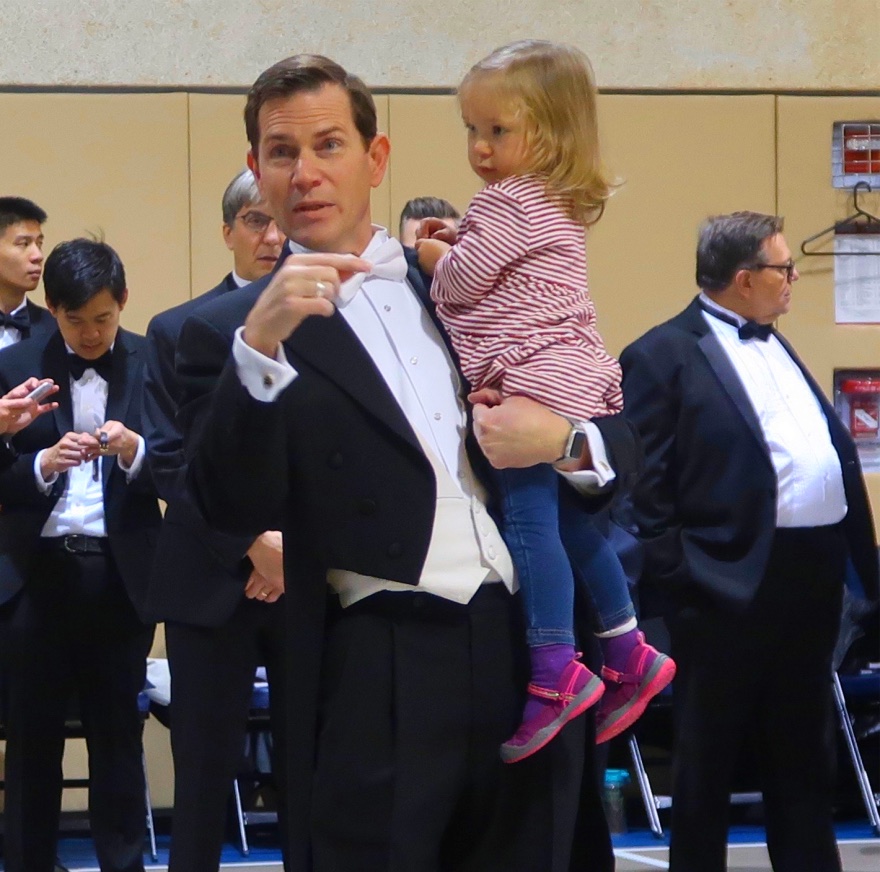