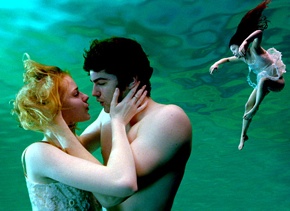 The trailer for this movie didn’t grab me when I saw it, as beautiful as it was, but friends insisted I see Across the Universe. They guaranteed I’d walk out happy. I’m tired of walking out of movies devastated, I now have a limit on devastating movies and I was assured this was a better choice than Michael Clayton.

I loved it. I almost stayed in my seat to see it again, and I haven’t felt that desire in so long. I downloaded a bunch of the songs from the Apple Store. Which I’m listening to now.

I wasn’t at all familiar with the Renaissance composer Palestrina before our conductor introduced us to him, but he is now my new favorite composer. We’re just doing one Palestrina piece, but as always, I love it. The Mozart mass is gorgeous, of course. Plus we’re doing two pieces from Handel’s Messiah and a couple of traditional carols. It should be a lovely holiday musical experience, if you enjoy that kind of thing, holiday music experiences. We’re also very good-looking. 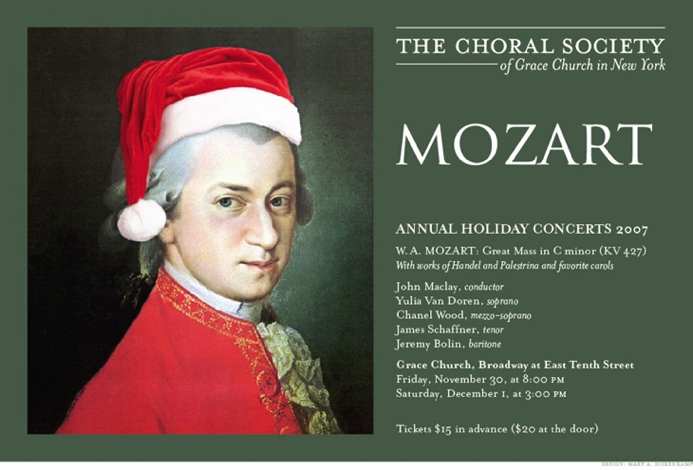 Here’s Buddy. Showing me his belly. As in, “Look how pathetically empty this belly is, woman. Feed it. No, I will not move off your work first. Are you kidding me? Food first. Then move-age.” 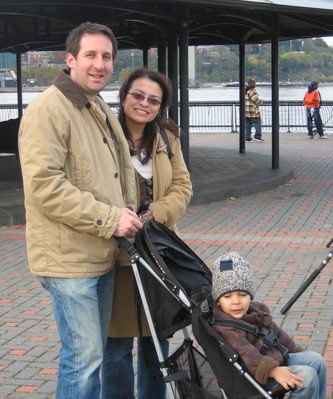 Dagnabit! (Is that how you spell dagnabit, you think?) I didn’t see that Justin was looking down!

Oh well. Dagnabit. I’m watching my language in case Justin is reading this. HI JUSTIN!! He beat me at Operation. That’s a hard game. Was it always so hard??

My friends Gary and Diana (pictured) had me over for brunch today. Thank you!! They live in Hoboken. My new favorite city. LOVED Hoboken. It felt a little bit like the Village where I live, a little bit like Brooklyn, and New Orleans and also a little European at moments. It just had a good feel the minute I stepped out of the train station. Brooklyn is like that. The minute I get there I feel good.

Bizarrely, even though I spent a couple of years researching a murder there, I want to live on State Street in Brooklyn. Once again, I just loved the feel. Whenever I was there I felt good. Here’s what I wrote about State Street in my book:

“Every year, for the past ten years, the Brooklyn Botanic Garden has held a contest for the Greenest Block in Brooklyn. The block where Jean Sanseverino was murdered won first place in both 1998 and 1999, prompting the contest organizers to make the rule that no block can win two years in a row. ‘From a horticultural and aesthetic perspective, that block is one of the most beautiful blocks in New York, not just Brooklyn,’ says Ellen Kirby, from the Brooklyn Botanic Garden. One block west, purple and blue hydrangeas grow in front of suspect Bill Miller’s place. One block east, the building where suspect Joe Moore had a room is listed in the National Registry of Historic Places. To rent a studio apartment anywhere on this stretch of State Street would run you $1,000 a month now. But State Street was likely always lovely, even in the worst times. The neighborhood looks elegant in the crime scene photographs taken outside Jean’s building. A Native American reminiscing about State Street, which used to have a large Mohawk population, called it the most beautiful place in the world. There is something almost magical about the block where Jean once lived.” 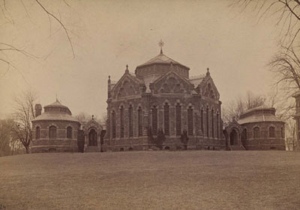 On Monday I’m going to Princeton to interview this guy:

“Professor Jahn is Dean Emeritus of the School of Engineering and Applied Science. He is a Fellow of the American Physical Society and of the American Institute of Aeronautics and Astronautics, and has been chairman of the AIAA Electric Propulsion Technical Committee, associate editor of the AIAA Journal, and a member of the NASA Space Science and Technology Advisory Committee. He is vice President of the Society for Scientific Exploration and Chairman of the Board of the International Consciousness Research Laboratories consortium. He has been a long-term member of the Board of Directors of Hercules, Inc. and chairman of its Technology Committee, and a member and chairman of the Board of Trustees of Associated Universities, Inc. He has received the Curtis W. McGraw Research Award of the American Society of Engineering Education and an honorary Doctor of Science degree from Andrha University.”

So, yeah. Feeling a little intimidated. That said, he was great when I spoke to him on the phone, and exactly the person I’ve been looking for to talk to. He ran a Lab at Princeton called PEAR (Princeton Engineering Anomalies Research) Program. I was telling someone, maybe I posted here, that I actually found talking to him comforting. For someone like myself, who is outside the debate about what Jahn calls remote perception and mind/matter anomalies, the resistance to the results of the experiments more closely resembles religion than science. It’s irrational. I prefer my scientists to be more rational, thank you very much. They’re human of course, but still.

I just read a great couple of lines in a review of a book about the hard problem, which I don’t really feel completely comfortable with summarizing, it’s not my area, but it’s basically a question about consciousness, does it emerge from the brain, matter, or what? The reviewer, Jerry Fodor, wrote that the author “is right that the hard problem is really very hard; and I share his intuition that it isn’t going to get solved for free. Views that we cherish will be damaged in the process; the serious question is which ones and how badly.” For me, telepathy, and ESP and all of it are wrapped up in this same problem, and so the potential consequences will also be the same.

I started the Chris Carter book Parapsychology and the Skeptics and Elizabeth Mayer’s Extraordinary Knowing. I really wish I had these in the beginning. But then again, maybe it was better that I came at this absolutely and completely cold.