Fifth Avenue and 53rd, coming up out of the subway.  Once again, I love shooting a bunch of shades of grey in color.  And there’s nothing like the rain for an excuse for taking it easy.  I’m going to try to watch the debates tonight.  I hope I don’t hyperventilate or something. 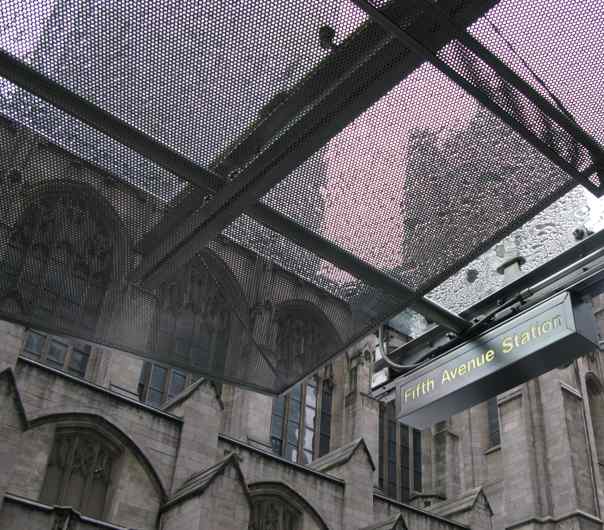 The book is dropped off!  I’ve been to the gym!!  It’s raining out!!  (I always pretend to be a messenger and not an author and drop my book off here.  That way I get out of the whole security thing of giving my license, getting a temporary pass, waiting for someone to come downstairs and bring me back upstairs, etc.) 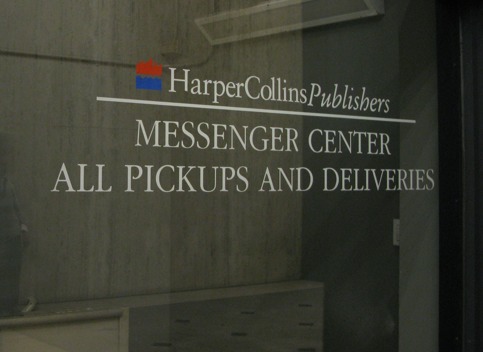 I was looking at my earlier mentions of Barack Obama.  In my first reference I called him “My future president.”  In another I dreamed of him being president after Al Gore served two terms. Sigh.  But I don’t know if I can watch him in the debates.  I’ll just be too anxiety-ridden.  I’m not fond of debates in the first place, but I can’t bear to watch someone I like participate in one.  I watched the movie The Great Debaters, which I really enjoyed by the way, but I must have imploded a half a dozen times before the end.

I was feeling very discouraged yesterday.  The ugliness of the political discourse (someone on Echo was describing the seething hate towards Obama on some website) the comments section on CuteOverload whenever an iffy photograph goes up, the point is: when did I get so thin-skinned?  Well, I am, is the thing.  And I don’t know if I can watch.  I’ll probably wait until it’s over and people I trust tell me if it’s safe and that he did well.  Then I’ll go back and watch the highlights. I took a photograph of a tour bus as they were pulling away from the 9/11 tiles and couldn’t help noticing this nice little building. 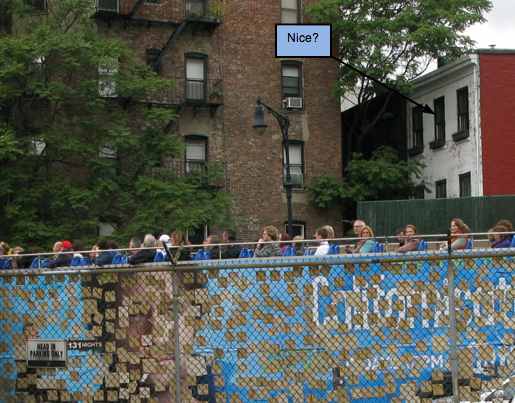 There are roses growing on Charles Street, right now, as I type. 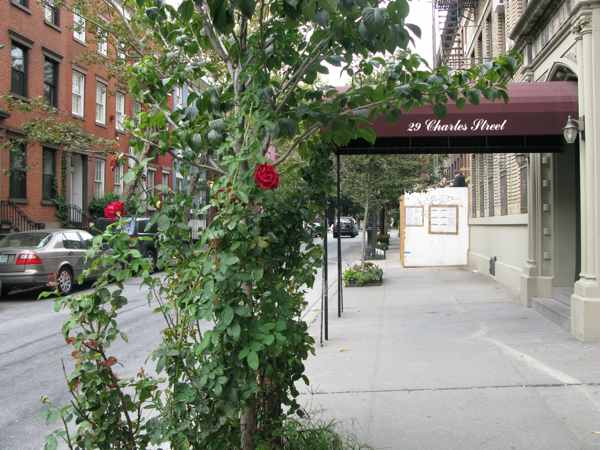