Coincidentally, today I’m going out to Long Island to visit the family of my brother, and my brother works for a well-known brokerage house. His daughter organized a benefit to raise money to put up a historical marker noting where Rachmaninoff once lived in Centerport. They’re putting on a concert of his music, so it should be good, I’ve always been a fan. But I found his music for the piano difficult to play! You need big hands, Rachmaninoff had very big hands.

Yesterday I bumped into the Wall Street protestors heading towards Union Square. Their message wasn’t very clear to me. But there are so many things wrong with so many things it’s almost like you could shout any words at all and still hit on an identifiable problem. 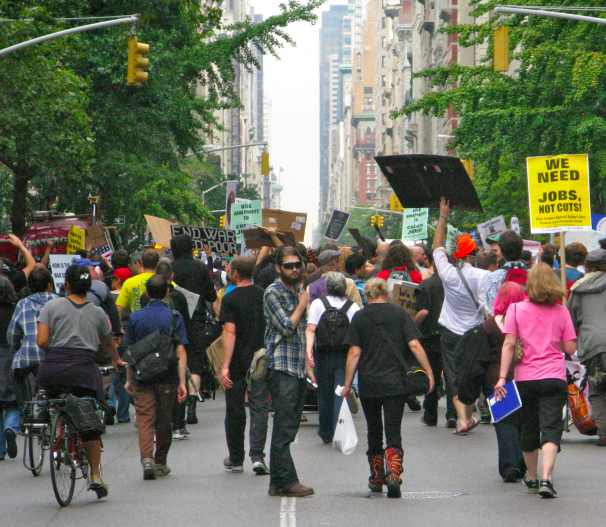 Okay, world peace and long and happy and healthy lives, but after that? Yesterday I went to Matt Shapoff’s apartment to pick up the cyanotype image he made of a picture of me (even more beautiful in person, as you can imagine) but he also gave me a transparency version AND he made this wonderful tote bag! He has wonderful products like these at his company Handmade on Peconic Bay, some of which will also soon be available at Club Monaco!

His wife Cynthia Rybakoff designs the most beautiful jewelry. You can see her newest designs here and her website is here. 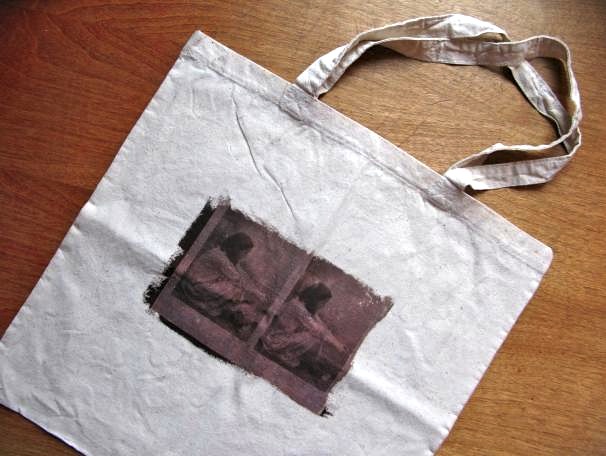 I have to call the landlord. Sigh. They keep patching the roof when they really need to put in a new roof. I’ve lived here 30 years almost, and it was really bad then. Now it’s to the point where I’m afraid one day my ceiling is going to cave in on top of me.

Time Warner Update: New cables run. They need to switch over to the new cables and splitters and taps and stuff, and also run a new line to my apartment. My tv is working in the meantime, hence my good mood. I’ll be posting about the new season in a week or two! 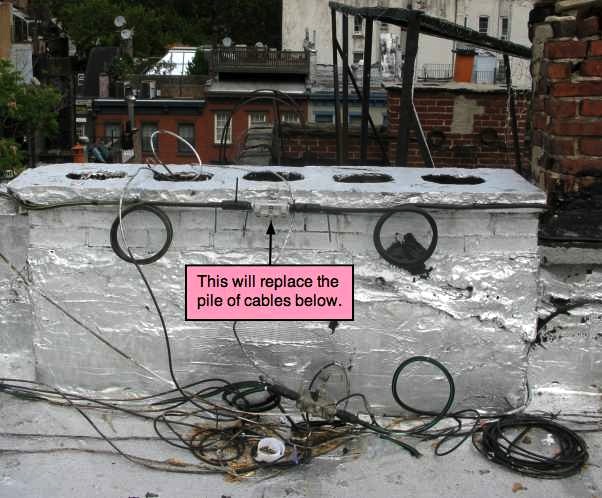 I hadn’t followed the Troy Davis case but then I read this op-ed. I understand that friends and family want justice, but this is not it.

Americans invoke the name of God every chance they get, but ignore his commandments when it doesn’t suit them. Thou shalt not kill. (I’m agnostic).

I know people in this country like to think we’re better than everyone else, but so many times when we get the opportunity to prove it we fail. IE: We’re better than the Moslem extremists, in America we practice freedom of religion, except don’t put a mosque downtown. We’re slipping in so many areas, science, innovation, education, because we don’t seem to value knowledge and learning anymore. And now this.

I never supported capital punishment, but after researching my book about unsolved homicides and learning what I did about witness testimony I feel very strongly that if you’re going to put someone to death you shouldn’t do it without physical evidence. It feels like such a “duh” thing to say. I can’t believe anyone would argue with this point. I also want to point out that I say this feeling very strongly about unaddressed wrongs. What enrages me most about this is the fact that the person who fired the gun that night allowed someone else to die for his crime. He murdered twice (and who knows how many other times.)

I weep for humanity, we are so fucked up. Sometimes irredeemably so. I didn’t know what picture to put up following this post so I’m bringing back my rescued pigeon. 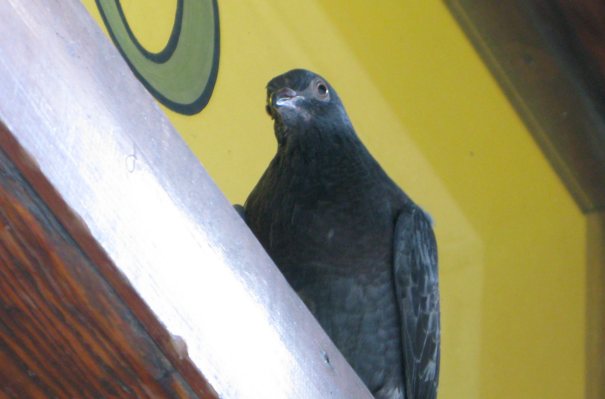 They’re rerunning cables. There’s some confusion about what’s to be done about the one cable running to my apartment and by whom. I want to run up and take a picture, but I think I’ll wait until they’re done. I don’t want to make them feel defensive or self-conscious.

Here’s another picture from that lovely early evening when the city was lit with a pretty orange light. Almost doesn’t look real, but the colors are accurate. 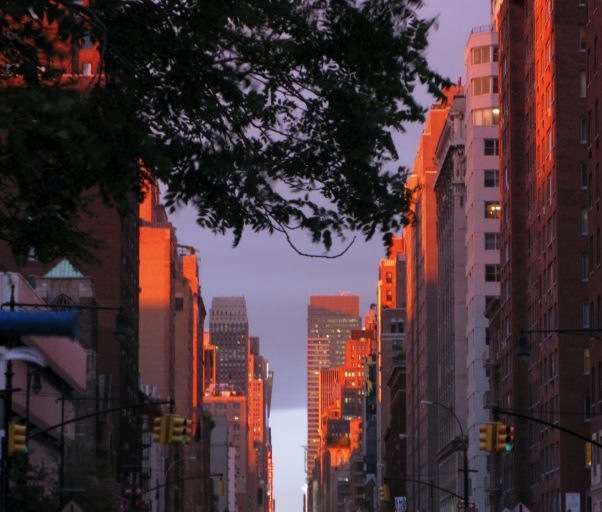