I started compiling a list of cat websites and blogs to prepare for promoting the ebook of my memoir Waiting For My Cats to Die, and this caused me to go back to the website Kittenwar! In 2005, I’d posted the shot of Finnegan below, thinking no one could possibly beat this picture both in terms of cuteness and in weirdness.

I mean, look at it. Finney was on top of the armoire and I caught him just as he stuck his front paws down and his hind legs up and stretched. How is a cat pose like this even possible?? How can his back legs do that?

Here’s how he has done in the Kittenwars he’s entered into since. He’s won more than he’s lost, but still. I guess this is more weird than cute, but I still think he looks pretty adorable. 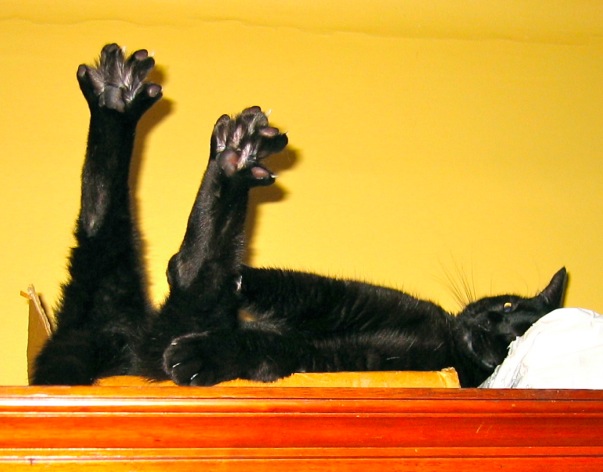 And yet another book I’m jealous about not getting to write myself! But I’m sure Richard Zacks did a great job, and I can’t wait to read Island of Vice. He’s getting some great reviews.

“Here is young Teddy Roosevelt as the reformist New York City Police Commissioner confronted in 1895 with a cabal of unaccountably wealthy police officials, whole neighborhoods of brothels, and the paws of the Tammany Tiger in everything. A delicious municipal history, impeccably researched, excitingly told.” —E. L. Doctorow, award-winning author of Ragtime.

Louis CK is filming two blocks away from me as I type. I need to get back out there and watch. If it’s not too late already. I found out as I was walking back from swimming and that was hours ago. Where has the time gone?? But they were at Hudson and Grove Street.

One of the banners I was considering using to comply with Facebook’s new look. I may use later. 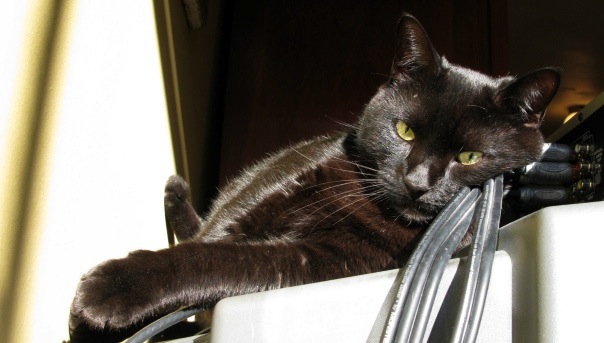 The other day I posted about Steven Santiago, the man who died as a result of a head injury he sustained while saving the life of a drunk who had either fallen or jumped on the train tracks.

I just read that there’s going to be a memorial service on Saturday at 4 p.m. at the Balsamo Funeral Home, 3188 Westchester Avenue. It looks like the closest subway stop is Pelham Bay Park on the #6. It would be nice if there was a decent turnout.

I’ve been updating my Facebook page to the new Timeline version. It’s hard to find a picture that works with that new “cover” banner. I went with this: