And my heart is broken about Jon Stewart leaving The Daily Show. But that’s my problem. I will always be grateful for what you’ve done, and for your amazing show. For me, you neutralized my rage during very trying times, and made me feel hopeful. You made me feel not alone. “This is insane, right?? And wrong. Right??” Yes, you’d show us night after night. It’s insane and wrong. And you always accomplished this with truth and humor. It never got ugly on The Daily Show. Everyone was treated with respect and given a chance to make their case.

I should just say thank you, instead of whining. But this is all about ME. Except, yeah. Thank you. Seriously. THANK YOU. Thank you for helping so many people I love with their careers. Also, the fact that you and your wife will be running a farm animal sanctuary is a great chapter two (or whatever chapter you’re up to). Thank you and thank you Tracey for that.

Okay, I’m going to go sob in the corner now. In times of sadness, sometimes what we need is a pitbull kissing a horse. 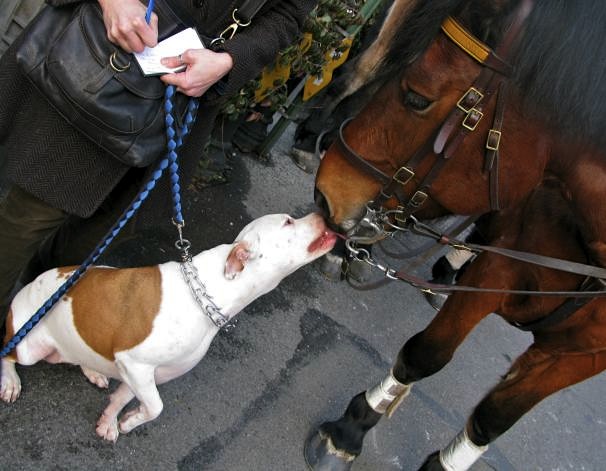 As some people know, I’m participating in the NYC Parks & Recreation yearly lap swim contest. There’s a 1st, 2nd and 3rd place prize for the man and the woman who swim the most miles in their division at their pool by August 8th.

But to cheat to get a trophy? The only reason they feel good to get is if you earned it, if it’s a real achievement. What is the point if it’s not? Seriously. Why would you want one?

So they’ve started randomly counting people who are in contention. I’m in contention so someone counts my laps from time to time. This is a little terrifying because if you are old, like me, you lose track from time to time. I manage by counting 1-1-1-1-1, then 2-2-2-2-2 and so on the whole way up and back. I know of two times where they counted me, although there could be more. One of the times their count exactly matched mine, the other time I had counted two more than they did. Hopefully that’s close enough that no one thinks I’m cheating and that it was an honest mistake. Which it was!!

I’m about to start writing about the former Lunatic Asylum on Blackwell’s Island. This octagon structure below is all that remains of it. I’m nervous because a lot of people have written about the Lunatic Asylum and I want to come up with a way to do it that’s original and makes it real and alive for readers. I have a plan but god knows if I can pull it off! Scary! 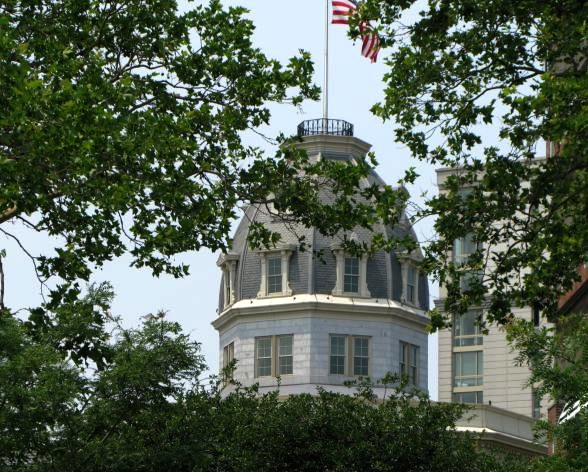 I pretty much never buy new books, but I think I have to march right down to my nearest bookstore and buy Let Me Tell You. I absolutely adore Shirley Jackson. Even a so-so Shirley Jackson story is something to celebrate. Thank you universe! 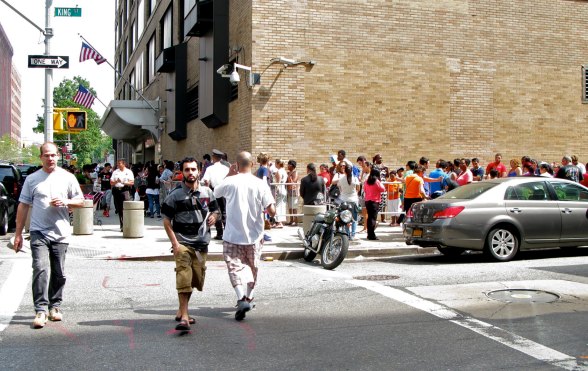 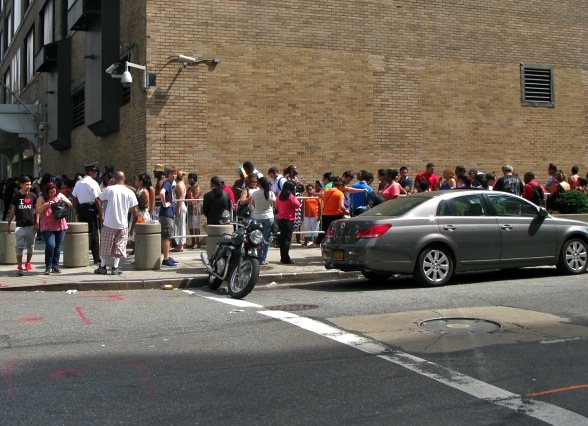 It’s not really crucial for the book I’m working on, but I just finished the diary of a priest who travelled from New York to North Carolina in 1847 to start a monastic community in Valle Crucis. This priest was later a missionary on Blackwell’s Island, which is why I’m looking into him.

They travelled on foot for the last leg of the journey, and just as they were entering Greensboro they came across a huge mob who were on their way to a the hanging of a black man accused of murder. This was around November, 1847. The priest doesn’t go with them, and he doesn’t say much about it except to describe what happened at the inn where he stayed that night.

“I was much shocked at some unfeeling remarks made at table about negroes, by two young lawyers, and a lady of the house, a Presbyterian. After living awhile in a slave state, I ceased from feeling any surprise at want of sympathy for the ignorant slave. It is not the least evil of slavery, that is sears the noble sentiments of brotherly love, which man naturally has for a human being.”

I don’t like the condescending “ignorant” part but at least he was anti-slavery. I’ve tried to look up who was hanged/lynched that day, but so far I have been unable. I found a database of lynchings but it begins in 1882. As I said, it’s not really crucial, but this is the kind of thing that always pulls at me. It’s what I’m doing with this whole book really. All these people who suffered and are forgotten. I know that is the way of it for almost all of us but still. I want to give them their history back.

On a much much lighter note … a kitten! Okay, not really a kitten but he will always be my kitten to me. Hey little Bleeck. 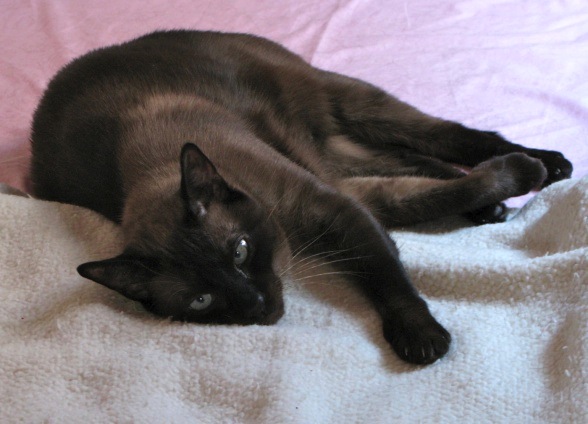 I’m listening to podcasts that have been recommended to me. First up, the C-Realm Podcast.

“KMO is the host and producer of the C-Realm Podcast and author of the book ‘Conversations on Collapse.’ He recently relocated from the Ecovillage Training Center on the Farm in Summertown, TN to Brooklyn, NY. He describes himself as, “a recovering libertarian and Singularitarian.”

I’m listening to a show about Troy which is making me want to move to Troy. I’m curious to listen to more. I’m going to ask which podcasts they think are among their best.

Next up Hardcore History by Dan Carlin.

Look at how clean my windows are! That’s looking through a window, then out over the air shaft, and through another window into my kitchen. Thank you Apple Window Cleaning! If you’re in New York, their number is (212) 620-0708. They are not paying me to post that, by the way. 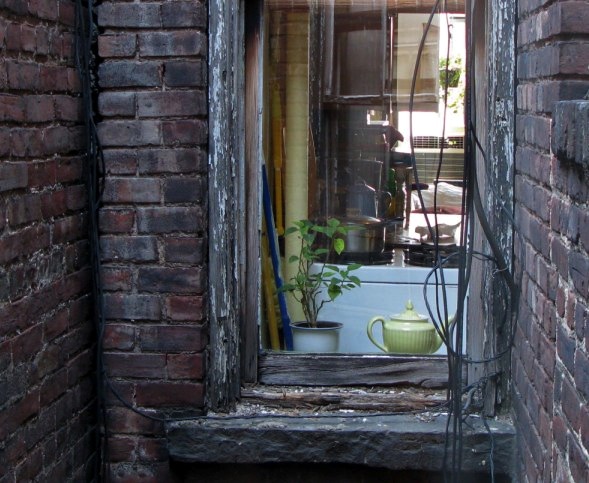