I passed by this window on the way to choir practice. It’s hard to move on when he announces people like Steve Bannon as his Senior Counselor, and Jeff Sessions for Attorney General. 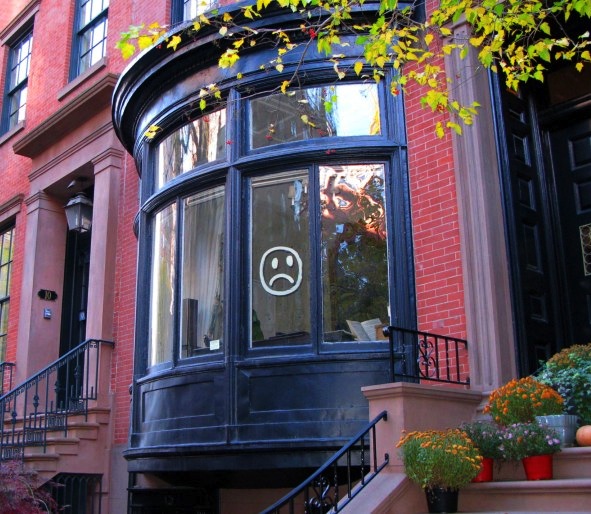 The New-York Historical Society has a collection of records from the New York Foundling Hospital. Among the collection are five scrapbook of notes from parents and others about children who were left at the Hospital. Most are simply heart breaking. I spent an afternoon copying a selection that I plan to research. I picked ones that had some information to go on, and names that were at least a little unusual. Maybe I’ll be able to track down the families and learn whatever became of them.

Here is a letter from a father who kept writing about this son (more below). 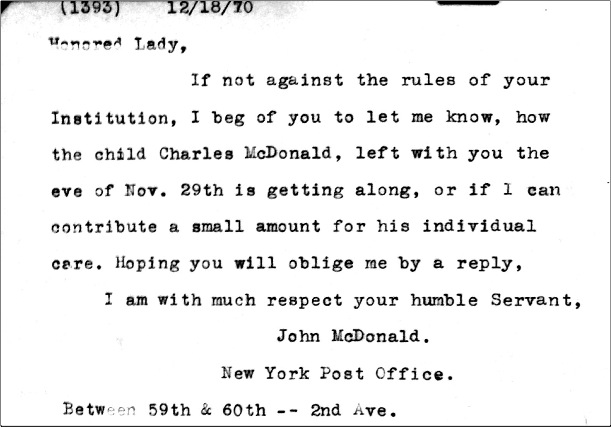 Sadly, I didn’t need to research what became of him. His last letter says it all. 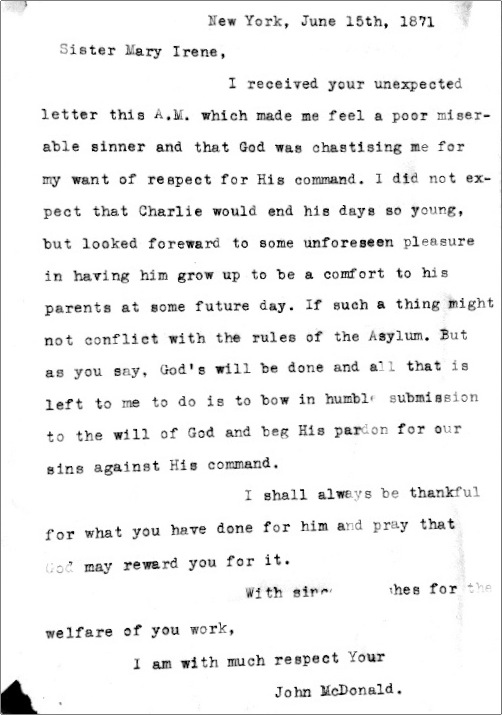 I’m not including the one I’ve already started to research. I found the family, but not the baby yet. But here are a couple more. 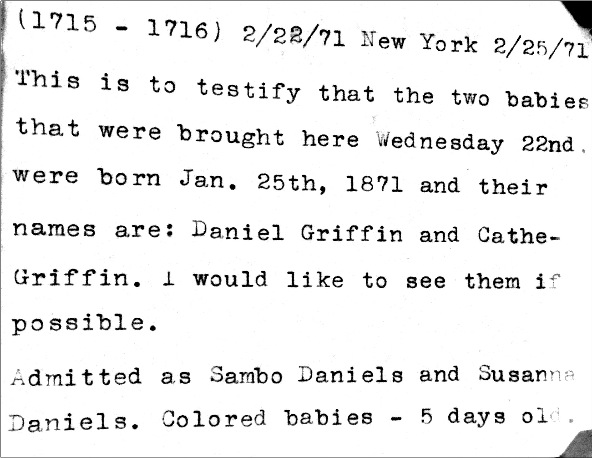 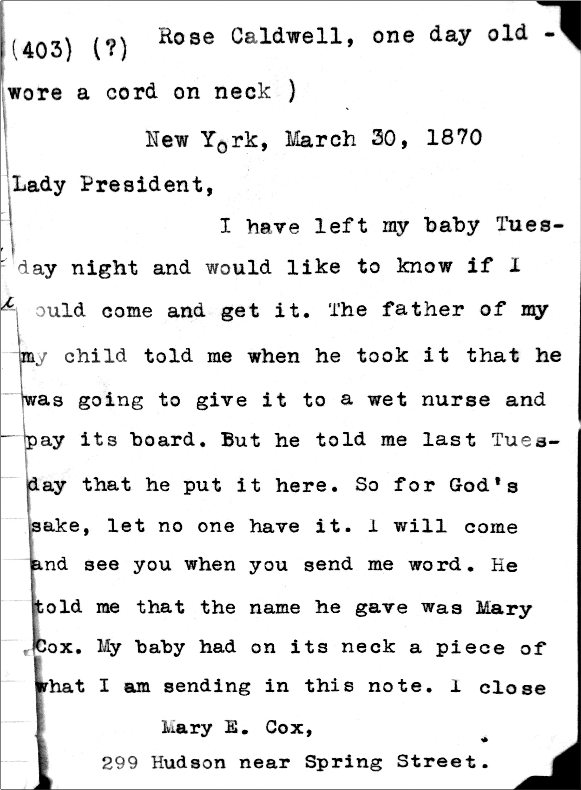 A picture I took from inside a taxi, when I was taking Finney home from the hospital. I’m actually already looking back on that day with nostalgia. Surgery had gone well and I was taking him home, full of hope for the future. Finney is doing well, but I still wake up every morning unable to accept that Fuckface von Clownstick is the president. How can this be?? 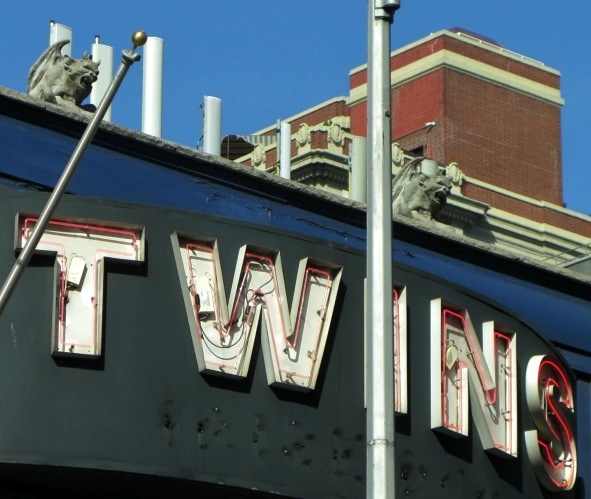 I think I have to bury my head in the sand for a little while. I need to finish my book by the end of the year. I will bury myself in that.

A picture of the sunset from the former Blackwell’s Island (the subject of the book I am currently writing). Actually, it’s not like I escape the horror in this book. It’s essentially the history of mistreating the poor and mentally ill. 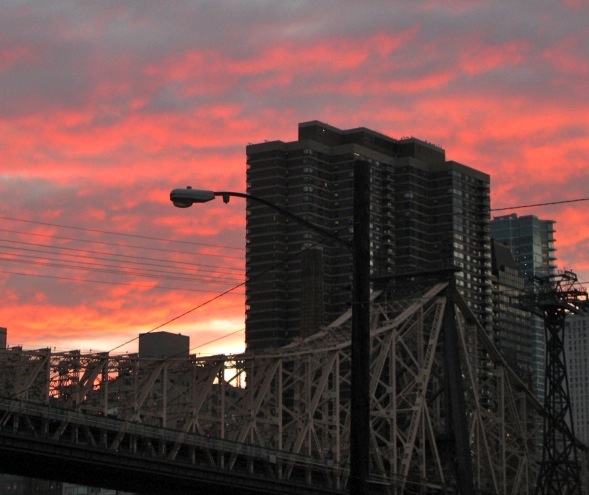 I felt a lot better after going to the anti-Trump protest yesterday. I have to say though, I just watched a video of Elizabeth Warren addressing the AFL-CIO and I’m beginning to understand how Trump won, and that makes me feel better too. Not about the outcome, but it feels better to begin to know why.

Here are a couple of shots of the post-its lining one wall at the Union Square subway stop. These aren’t necessarily the best, I was too tired after the protest to spend too much time reading them. But I liked the effort. 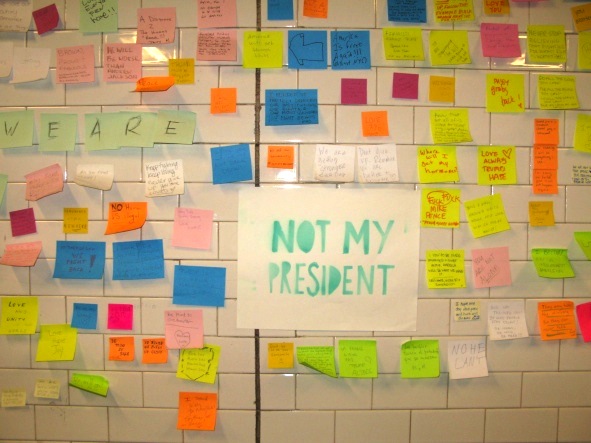 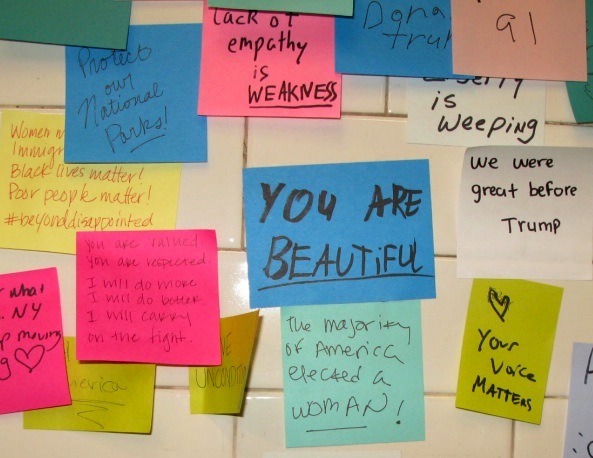