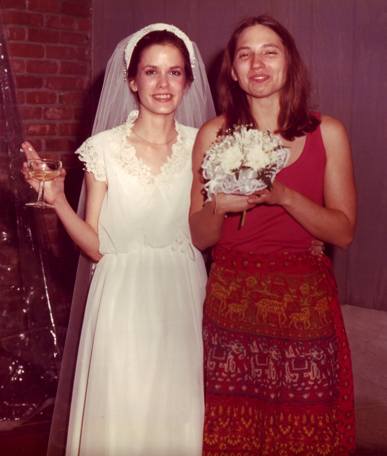 We were talking on Echo about empire waists and I told the story of picking a wedding dress, which I didn’t like, but I got married in the days when all wedding dresses were ugly so I had no expectations, really. Except they made an ugly dress ever worse by changing it to an empire waist! At the fitting the waist was at my waist, where I wanted it. It was too late to change it, so I went down the aisle feeling unattractive, and that was that. Actually, it was not the end of the world. I had a good time as you can see from this picture of me and Adrienne, already pretty well toasted.

But now that I look at it, it’s not at the waist OR an empire waist. It’s just completely botched and uneven. I want my money back. Is it too late to sue?

Here’s another view of the worst wedding dress of all time, after Princess Diana’s, of course. This is me and my mother. 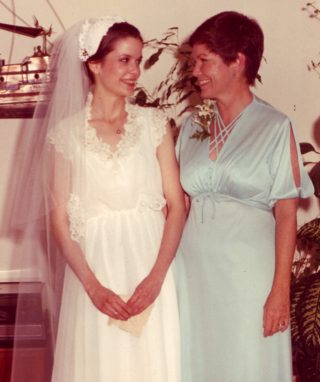 The Shift Key is Broken Because of Him

3 thoughts on “How an Empire Waist Ruined My Life”