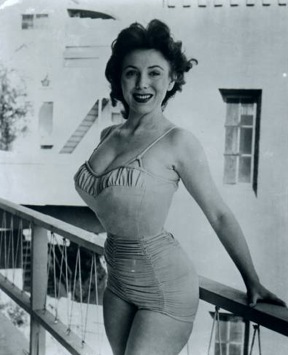 This is the great and wonderful Meg Myles, and I will explain why she is so great. I hope she doesn’t mind that I am using this picture, but come on. Look how gorgeous she is in this shot.

Here’s the story. I saw a wounded pigeon huddled on its side by a wheel of a car on my way home from the library yesterday. I tried to walk on, a million katrillion birds and someone’s going to help me do something about one??? I got two blocks, but I knew I’d be haunted by it so I went back. It was the most pathetic, sorry sight, the little, turned over, partly splayed bird trying to hide behind the wheel of a car. I called Howard and asked him to google “pigeon rescue New York.” He was sure it was a waste of time, nothing would come back, but it turns out there are people in New York City who will help wounded pigeons. I left a message for them, got a box from a jewelry store, and took the pigeon home.

To make a long story short, a couple of hours later I was in the apartment of Meg Myles, who is like a bird first responder. She’ll give them first aid, food, and a safe place to eat and sleep until they can be picked up by the guy who will take them to the vet and then bring them to his sanctuary when they are healed. I was upset and so I didn’t take down the names of all these people. The website that got this incredibly efficient machine started on the behalf of my poor bird is here.

Meg is an actress, has done a lot of Broadway, soap operas, starred in Satan in High Heels, she was a pin-up girl in the 50’s (my shot must be from that era). She’s also a singer and there was a picture of her and Frank Sinatra on her wall.

But I was transfixed watching her tend to my poor pigeon. She handled him expertly, got him drinking and eating. I was a bit of wreck and her care of him really calmed me down. Meg just called!! The doctor said he was hit by a car and had a broken leg and wing, but they’re going set his breaks, tube feed him, and he should be okay! Pigeons heal quickly and they expect him to be okay in a week, at which point he’ll go up to that bird sanctuary.

I feel so much better. I was part of that efficient machine that made a tiny life better. Thank you, Meg and everyone else, Al and Don I think are the other names. I’m sorry I didn’t make sure to get the full names.

The Great Stacy and Her Apartment Makeover Update

That Moment of Peace

11 thoughts on “Thank You, Bird Rescuers of New York”