Here’s the story and the pictures I mentioned the other day. The pictures were taken with a disposable camera, and aren’t very good alas.

In 1956 the New Yorker published “Mr. Hunter’s Grave,” one of writer Joseph Mitchell’s best known articles. It told the story of George H. Hunter and the abandoned cemetery on Staten Island where he wanted to be buried.

Mitchell met Hunter on one of his trips exploring wildflowers in Sandy Ground, a largely abandoned town founded by free blacks before the civil war. Mitchell’s mother Virginia, a former slave, came there with her son after escaping to Ossining via the Underground Railroad. Hunter lived on Bloomingdale Road, across the street from the African Methodist Episcopal Zion church (he was on the board of trustees). Mitchell had written that he could walk the whole day on that road without seeing a single soul because the children and grandchildren of the original oysterman had long since moved away.

Hunter took Mitchell to the church cemetery where the widest variety of wildflowers could be found. Established in the early 1880’s on a dead end dirt lane called Crabtree Avenue, it hadn’t been tended for years. Gravestones covered with flowers with names like beggars lice and partridge pea were almost impossible to read. Some were marked with wooden crosses.

The piece ends with Hunter learning that Edith was not buried deep enough, and that chances were he would not be buried with her, but in an empty plot to her left.

I went to Staten Island in 2001 to look for the cemetery and to find out where Mr. Hunter was finally buried. I took the exact same Tottenville bus Mitchell would have taken to get there. At the time I wrote: the cemetery is well tended now. Vandalized in 1997, it has since been declared a New York City landmark and restored. Too restored. It’s bare and cold and missing a sense of renewal it might have had when it was lush, fragrant and overgrown. The wooden crosses are gone, as are most of the trees, shrubs, and wildflowers. But Mr. Hunter’s grave is unchanged. It’s exactly as Mitchell described it, except now there’s a gravestone for Hunter’s only child William, who died in 1955. He lies at the foot of his mother, Celia. Everyone thought William drank himself to death, I later learned, but when they got him to the hospital they discovered he had cancer.

There was no date of death for Mr. Hunter on any of the graves so there was no way of knowing which grave he was in. I went looking for his church and met Lois Mosley, a former tenant of Mr. Hunter’s who had just turned 75 the day before, and she was able to tell me that Hunter had died on April 6th, 1967, at 97, having never left Sandy Ground.

Sadly, he wasn’t buried with Edith as he had wanted to be, and he wasn’t buried next to her, as he thought he would be. He was buried in his first wife’s Celia’s grave. I hoped he was okay with that.

Crabtree Avenue is paved now. Along the former empty lane were the then new “Sandy Ground Estates.” At the time of my visit, all the houses were $315,000 except the one directly across from the graveyard which was $310,000. The realtor who was there that day had never heard of Joseph Mitchell or George H. Hunter. She didn’t know that to some people, this was the prime location.

I’ll bet those houses are a lot more now. Or maybe not. Unlike every other inch of real estate around Manhattan, I don’t get much of a buzz about Staten Island. I thought it was beautiful there though. I wouldn’t mind living there at all. 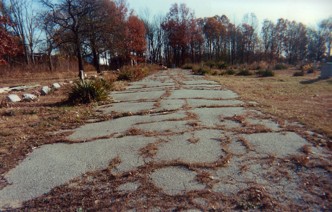 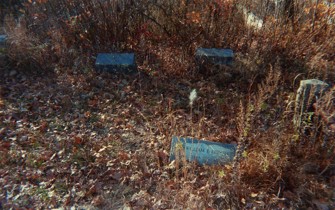 Where Mr. Hunter wanted to be buried. 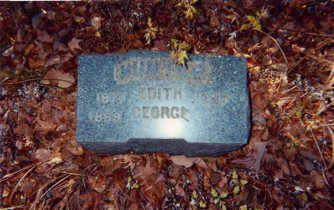 Where he was actually buried. 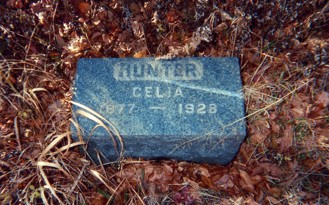 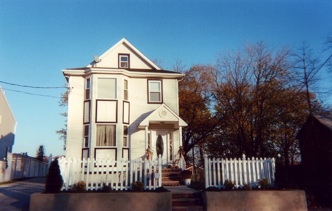 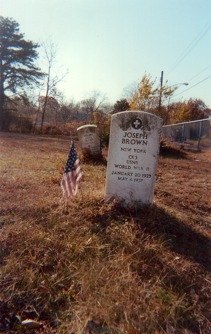 What the hell is a legume?

“So I Dropped My ipod in a Cup of Coffee”