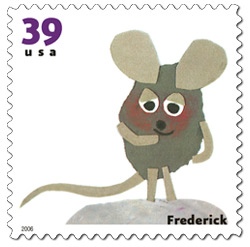 The other night the cats were playing with something and I looked over and my mind registered “bug” and so I ignored them. I don’t like them to kill anything, but it’s a compromise I’ve made. In the morning I found a dead mouse where they were playing. I cried and cried because I could have saved him.

The next night I had a shot at redemption. I saw Finney pounce, and sure enough a little mouse was hanging half in and half out of his mouth. I ran over, turned Finney upside down and shook him. I didn’t know what else to do, I wasn’t going to reach into his mouth, although maybe I should have. But the mouse fell out with no visible cuts so I had acted in time. The mouse went tearing around the apartment, Finney went tearing after the mouse, and Buddy weirdly just watched. Finney caught the mouse AGAIN. God, I hate myself. I had to free the mouse AGAIN, it was just awful for everyone, me, the mouse, Finney.

UPDATE: I just realized my account was wrong about how I finally saved the mouse and so I edited this post. I blocked how it really happened. After I had rescued the mouse from Finney a second time he got away from me and I couldn’t find him. Finney did. A THIRD TIME. He had taken it into the bathroom and the bathtub, his favorite torture chamber, because they can’t get away and he can play with them and kill them at his leisure (okay, that is smart of Finney, in a fiendish, evil way). I grabbed Finney and locked him out of the bathroom while I got a box and caught the mouse, which was admittedly easy now that he was trapped in the bathtub, poor little guy. He still had no cuts or bites that I could see.

I took him downstairs and released him on the street by the garbage cans (food). I don’t know that his chances for survival are all that better on the street, but at least I saved him from one possible awful fate. Maybe only to die at another, but I did my best.

Plans for today: brunch with a friend and hopefully later I’m going to Hellboy with another friend.

The picture is a postage stamp commemorating Leo Lionni’s mouse character Frederick. My mouse looked kinda like that except his expression was more like, “Assholes.” (To me and Finney. Buddy he has no beef with.)

A Peek into Secret Not-Quite Gardens

Who is Your Audience??

5 thoughts on “Quit Being So … Like Cats You Cats”