Nicole suggested putting Godzilla in the window to face the burglars, so I did! Then I added some tiny dinosaurs to help him. And then I added a bunch of tiny naked babies as a second line of defense, in case Godzilla and the dinosaurs fails. Yeah. Tiny babies. That’ll scare ’em. HEY! My Godzilla doesn’t have as impressive pointy things on his back as the one in the previous post! Or bulging biceps. I’ve got the wimp Godzilla. 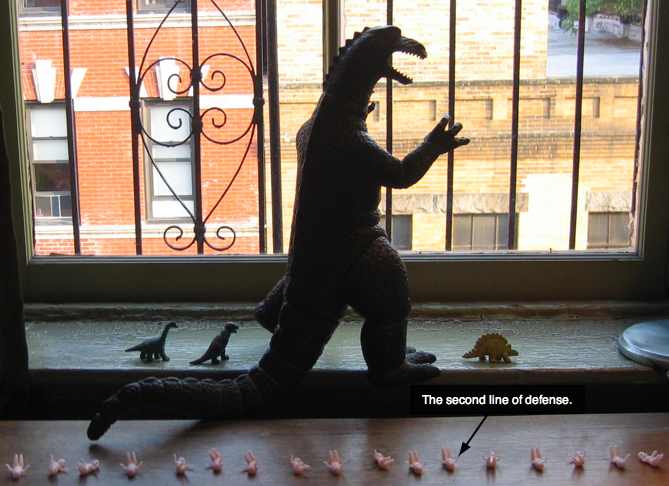 A Happiness Practice That Seems to Work

5 thoughts on “Stay Away Burglars! Grrrrrrrr! (And waaaaahhh!)”