I took a bunch of pictures and a movie. I’m going out of my mind trying to compress and save the movie in a way where you can still see some of the great stuff in it. But first, pictures! I took this on the way to Pumpkin 4, where my band, Manhattan Samba, was told to line up. 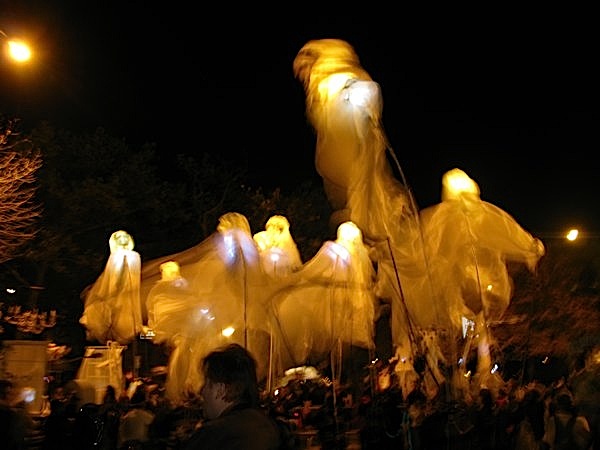 There was one huge group of people dressed like sparkly witches. Here are three of them relaxing before the parade started. 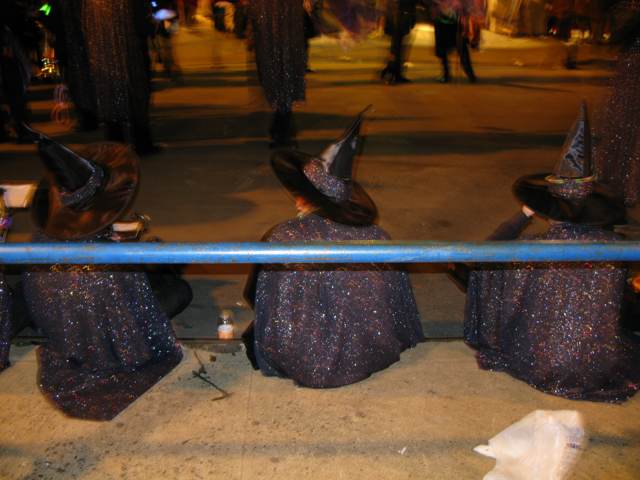 This is what it looks like for us from within the parade.  We’re walking up Sixth Avenue.  I tried to capture everything, the city we see uptown, the crowds, but we were moving almost the whole time so it was tricky. 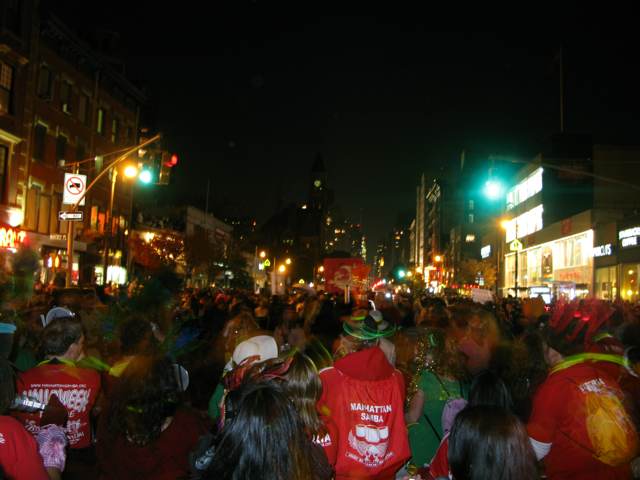 Some of my band friends, Ellen and ohmygodIforgetthisguysname.  And he’s really nice too.  I hate myself. 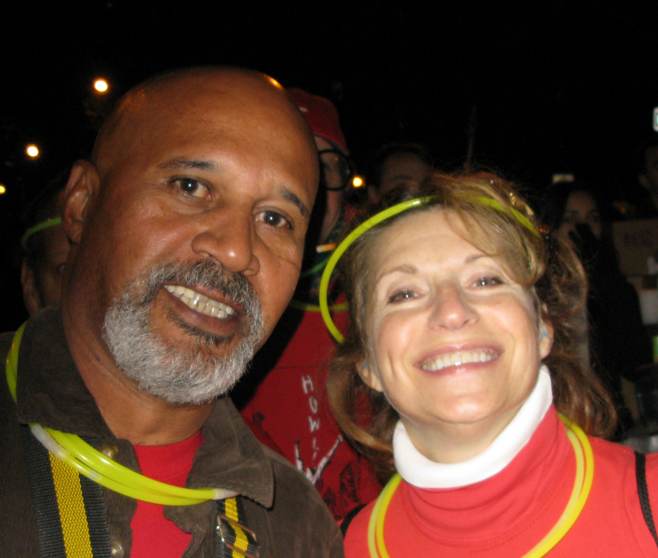 Here’s the spider which goes up and down the Jefferson Market tower every Halloween. 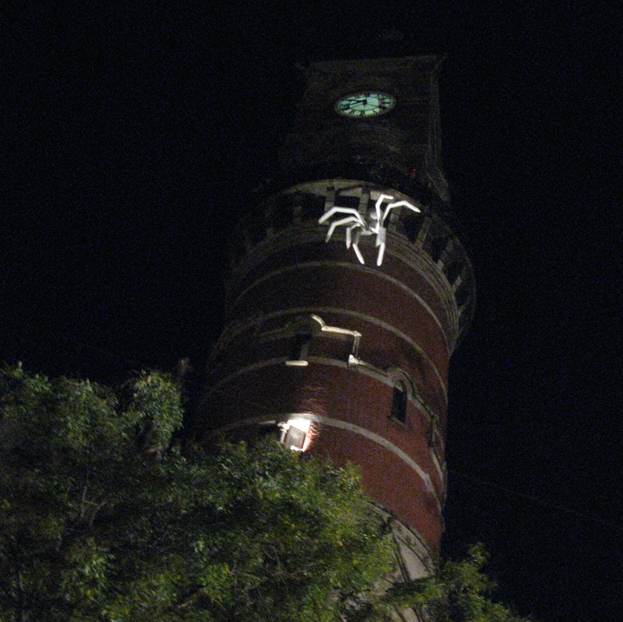 Here I tried to give a sense of the crowds.  I should have shot at the intersections, where the crowds are the biggest.  You just wouldn’t believe the hugeness of them.  It’s just so exciting, it’s almost impossible to describe. 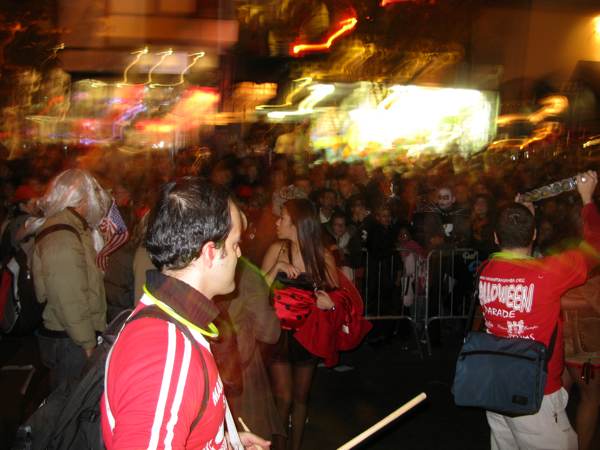 And here’s the video!  I’m unhappy with the quality once it’s compressed. I wish I knew more so I could do this better, but this does give you some idea.

UPDATE! I just put in a longer version of this video. I put two clips together, so my description below is of the second half. The first half is just earlier in the parade, as we’re passing by the old Waverly Theatre, now the IFC theatre.

I got a girl dancing on the roof, and you can kinda see our dancers, who are at the front.  I think they come out best at the end.  I even got a shot of the spider!  The guy in the white at the beginning is Ivo, he leads the band.  You’ll see him giving us hand signals which tell us what to play.  Then you’ll see Glenn mirror Ivo’s hand signals for those of us in the back and for the short people. I was both in the back AND short.

[Special sidenote to Aly: I don’t really believe in life after death so I’m not really talking to Aly, but I wasn’t going to do the parade this year.  This was for you.  Thank you for jumping up and dancing that night all those years ago.  It gave me this, one of the most fun things I do.]

I’m in love with a building – One World Trade Center

The Ramp at St. Paul’s Chapel

Getting ready for … Oh God, I don’t even want to write the words!