As I’ve posted, I volunteered to give tours of the WTC site and yesterday was my first tour.  I didn’t actually conduct a tour, until you’re ready they have you go along as the “support” person.  The support person keeps the group together, answers questions (no one asked me any) and tells a short version of their 9/11 story. I was nervous and stiff, but that’s okay.  It was my first time.

Later, at the volunteer meeting in the evening, they had a guest speaker: Dr. Sarandis Papadopoulos (aka Randy) an historian for the Naval Historical Center, and principal author of Pentagon 9/11.  He was pretty much a perfect speaker. He was smart, charming, sincere and so honest.  I asked a bunch of questions, and he couldn’t have been nicer.  Plus, I want his job. More below. 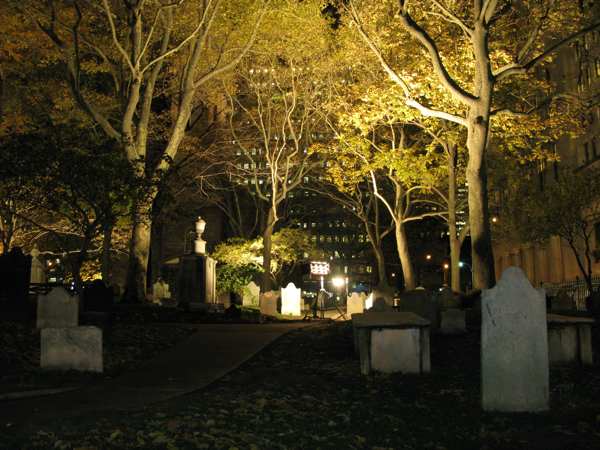 The presentation was riveting.  I knew so little about what happened at the Pentagon that day, and in-between telling that story Randy talked about life at the Pentagon, the culture, the hierarchy, who gets along with who, (I have never properly learned the who/whom thing, so if that was wrong, sorry).  It was fascinating to compare the things he said, and the problems that arose that day at the Pentagon to the problems that we had here in New York.  I take back wanting his job.  Now I want the job that pays you to study organizational culture.  Thank you Bruce and Tribute WTC Visitor Center for arranging to have Randy come speak to us.

Also, it looks like Randy did a great job of organizing the material for this book.  Aside from reconstructing what happened he used material from a large number of oral histories that were taken two days after the event, when everything was terribly fresh and they read that way.  It was amazing.  I mean, on the one hand, it was similar to our experience, people dying and some people emerging as heroes.  But the fact that it happened at the Pentagon adds a whole new dimension that I’m not sure I can adequately explain.  They had to perform the same acts of heroism but within a strictly controlled system which both helped and hurt them.  You have to read it.

The picture above is of the graveyard in back of St. Paul’s Chapel where I volunteered during the 9/11 recovery effort. I took that shot last night after the meeting.

2 thoughts on “My First Tour of the WTC Site”