I met someone for a drink who I hadn’t seen in, like 15 years, and it was lovely.  And also entertaining. We met in a bar in a hotel and it was like we had traveled back in time to when people thought dressing up the cocktail waitresses in some sort of darker Playboy bunny-type costume was a good idea.  It was just so archaic, and silly.  I was embarrassed for all involved.

Then I was on a panel at the New York Public Library, which was fun, and then I had dinner with my agent.  It was delicious, we caught up, talked about life, publishing, writing.  Just an all around home run of a day.

Bryant Park was lit up for a movie they were shooting, and I kept trying to capture the eerie look to the trees, but I don’t think I managed.  Here is my attempt though.  Actually, this kinda does convey it. 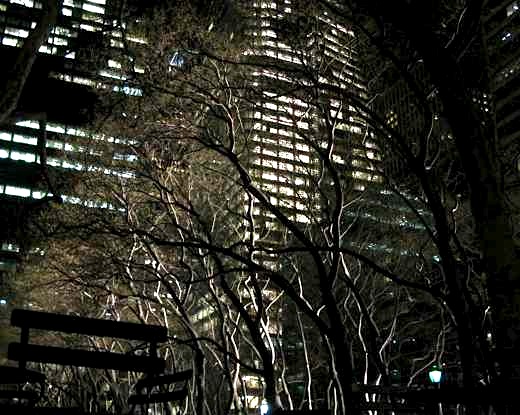 Looking for the Dead

One thought on “Yesterday was a kinda perfect day.”