They’re filming The Sorcerer’s Apprentice in the city.  My poor friend Jackie lives where they were shooting last night (and other nights?) and has had these lights blaring in her windows.  I enjoy watching filming when I have no particular place to go.  I was sympathetic with the poor people in their cars honking.  They were held up and held up, being told shooting was about to take place, but the shooting wasn’t happening and finally it was honk honk honk.  I didn’t blame them.

This crew wasn’t bad though.  Some are real assholes, and I, like most people, ignore them and ruin shots.  You have to ask politely.  These guys were nice so I waited to cross the street.  It occurs to me though, given how people are, maybe those asshole crew people started out nice, but then after a couple of hours of asking people not to ruin the shot and getting a lot of asshole-responses in return they turn into assholes?

I only respond badly to the rude, entitled, “we’re shooting a movie here and all the world has to suspend their lives for our very important work, for whatever you are doing is unimportant in comparison, and I don’t have to be polite because you are all like cave people compared to us, in fact, are you even human, why am I even talking to you, I should be able to just shove you out of our way.” 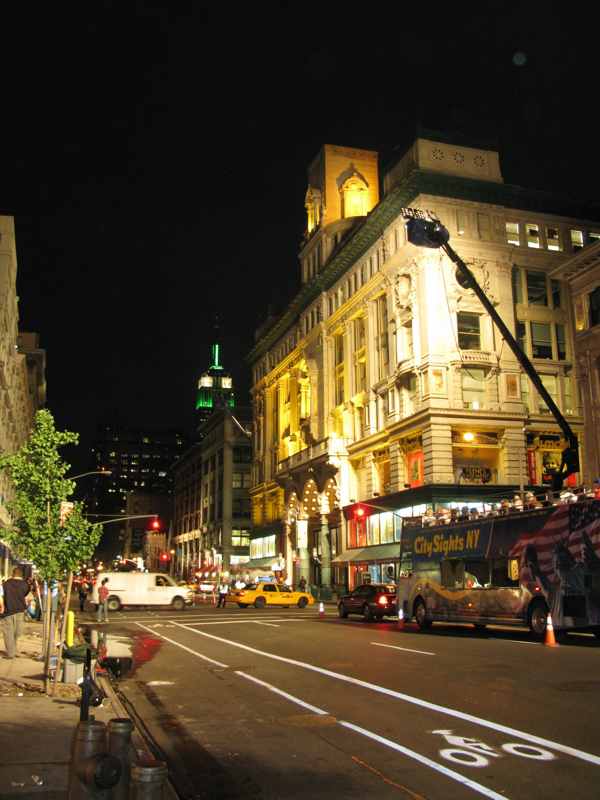 I’m just going to curl up behind here …