I miss Polaroids. I think my first was a Swinger. “Meet the Swinger, Polaroid Swinger.” If you’re in my age-range you know the song. The memories are the borderline painful kind, they’re so good it hurts, and for the billionth time: why can’t there be time machines??

This is me biking on an island called Ile d’Yeu, off the western coast of France. I’m on the right. This was shot with my SX-70, one of my favorite polaroid cameras ever. I’m not sure of the year, but it was sometime in the early 1980’s. (More below.) 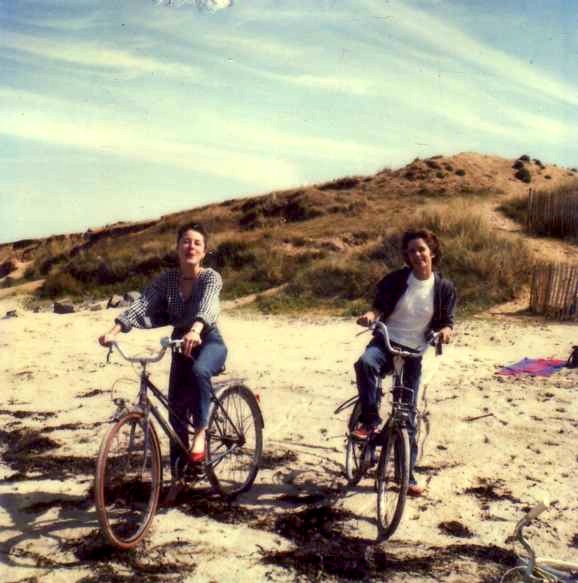 After climbing the stairs to the top of Notre Dame. God did I love Paris. (More below.) 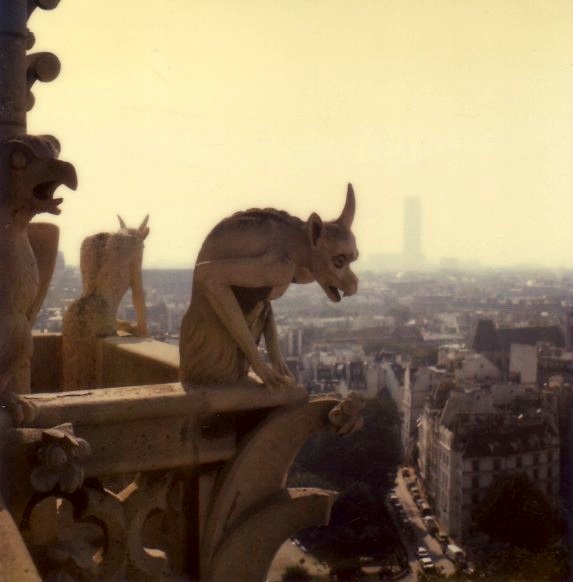 When I taught at NYU, (early 1990’s) at the beginning of every semester I had my students take pictures of each other using my polaroid camera. By then I was using a Spectra. I did this because it was a nice ice breaker for them, and also because I can’t remember names (I had them write their names on their pictures).

After they’d take the picture they would always shake them. This was such a universal gesture it was in OutKast’s song Hey Ya, “shake it, shake it like a Polaroid Picture.” But when I asked them why they were shaking the pictures they never knew why.

For those of you who didn’t know why you shook your polaroid pictures, it used to be when the picture came out you had to wipe them down with a fixer. We shook them to make them dry faster. I loved that people continued to shake them longer after there was any need.

This is me and my mom in my apartment on 11th Street after I got home from Paris (which she and my step-father paid for). While I was gone she decorated my apartment for me as a surprise. I had recently separated from my husband and had moved into my own apartment with almost no furniture. Look at all the flowers. I learned about the joy of filling a place with flowers from her. Look at the red phone! And ashtrays! I’m an ex-smoker. (More below.) 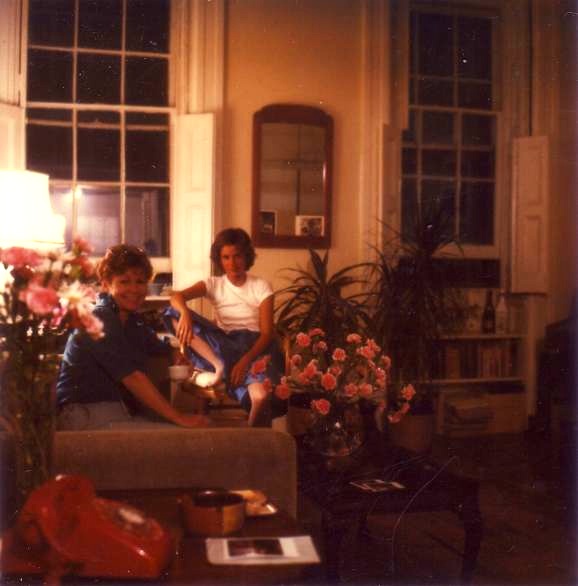 What an awful haircut. What was I thinking? I still have the coffee table, and the vase, and that rug although it’s really seen better days, and that cow painting, which was painted by my former mother-in-law (who I adored) Jean Zaleski. 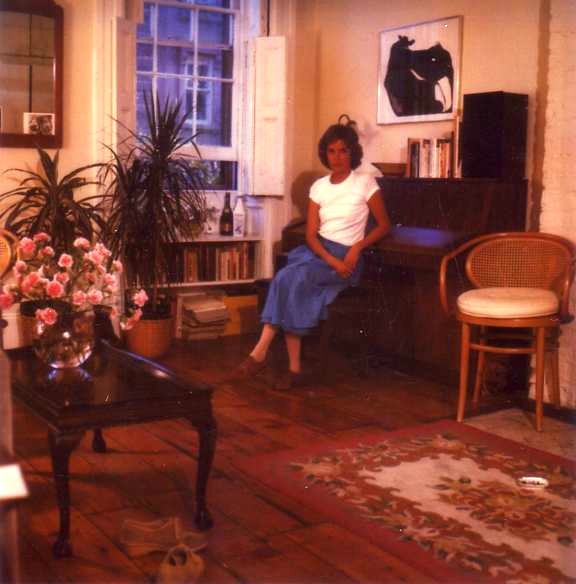